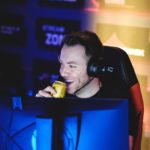 The eternal wait for Cyberpunk 2077’s release ends today and millions of gamers who’ve been dying to get a taste of the game will be able to start their first playthrough at their region’s launch time.

Considering there are still a handful of regions that have a few hours to go before they can play Cyberpunk 2077, and many will be waiting for the first discount season to try it out, watching the game on Twitch will be the most feasible way for some to get their Cyberpunk 2077 fix.

Each gamer is different from one another, depending on how they approach a game and play it. Some will take their time to explore everything around the map, while others aim to speedrun the game as fast as possible. Depending on the type of gamer you are, there will be a stream out there fitting your style.

Here are the best streams to watch Cyberpunk 2077 until you get to experience its magic first hand.

Shroud is a technical gamer by nature. As an ex-competitive player, he still tries his best to play every game he touches in the most optimal way possible. That doesn’t mean he doesn’t get to have fun, though. Even going through the simple process of creating a character can make him lose all of his focus and create a clip-worthy moment.

Shroud also shaved for the occasion, meaning his stream is in celebration mode for anyone who’s been criticizing his facial hair decisions.

XQc may have been late to the party due to the faulty keys he received from the developers, but he’s back and looking to catch up to anyone who’s advanced through the game while he was asleep.

What separates xQc from other streamers broadcasting Cyberpunk 2077 right now is his ever-burning desire to brute force his way through every part of the games he plays. XQc will focus on doing everything in the most optimal way possible, essentially speedrunning everything.

Though this may take away from the overall gaming experience of Cyberpunk 2077, xQc’s stream will be a good option for anyone looking to consume the game’s story as quickly as possible. After all, not all gamers have the time to complete all the side missions.

Anyone who enjoys British humor won’t find a better Cyberpunk 2077 stream to watch for the game’s release than Jacksepticeye. The U.K.-based streamer is known for becoming one with the game he plays, meaning he may get a little bit too invested in Cyberpunk 2077.

Viewers will enjoy more intense reactions, which makes the games he plays more epic than they already are. Jacksepticeye is also a great narrator, a fine specialty for anyone who enjoys small recaps throughout a gameplay session. 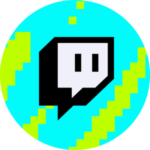 All the other streams on our list feature individual streamers that are already loved by many. Though they’re a great entertainment source, a launch of this caliber may call for a viewing party.

Twitch Gaming has a stream setup with multiple guests set to appear throughout its first playthrough—and the hectic nature of the stream makes it a great watch. Viewers will get to watch the playthrough with guests like DechartGames featuring Detroit Become Human’s Connor and Traci, Bryan Dechart, and Amelia Rose Blaire. The list goes on with Negaoryx, DeejayKnight, and UmiNoKaiju.

Over the last year, Sasha Grey has built herself a great community on Twitch and her playthroughs have been some of the better ones on the platform. If you’re someone who likes the most genuine forms of gameplay with players experiencing the game at the same time as you with little to no prior knowledge, then Sasha Grey’s stream will be just for you.

Sasha Grey enjoys taking her time to enjoy all the smallest details of the games she plays. Though this can mean that her playthroughs last relatively longer than other streamers on the platform, you’ll be getting the full-on Cyberpunk 2077 experience that CD Projekt RED spent years developing.

Twitch chat is what makes every stream special and unique. Anyone who has moderated one or witnessed a toxic chat will know that the feature may sometimes end up being too distracting.

Gaming can become a lot more stressful than expected sometimes and reading the chat filled with suggestions on what you can do better may be the final straw for some streamers. That’s not the case for CohhCarnage, however, since he especially promotes backseat gaming on his channel.

This means you’ll get to become a part of the experience with your suggestions in the chat. CohhCarnage will depend on you whenever he needs your help the most.

Anyone who’s ever participated in a “Twitch Plays” event will surely feel like they’re at home while watching CohhCarnage’s stream.

ONSCREEN is another ex-professional gamer on our list. The retired CS:GO pro spends most of his days streaming VALORANT—and he’s quite good at that as well. But this 32-year-old gaming veteran can surely deliver one of Twitch’s most refined Cyberpunk 2077 experiences simply due to his overall gaming background.

ONSCREEN has been gaming since Doom 2, which was released in 1994. This means that he’s probably seen almost everything that the most modern age of developers has to throw at him when it comes to gameplay mechanics, making him the most armed Cyberpunk 2077 player in terms of experience leading up to the game’s official release.