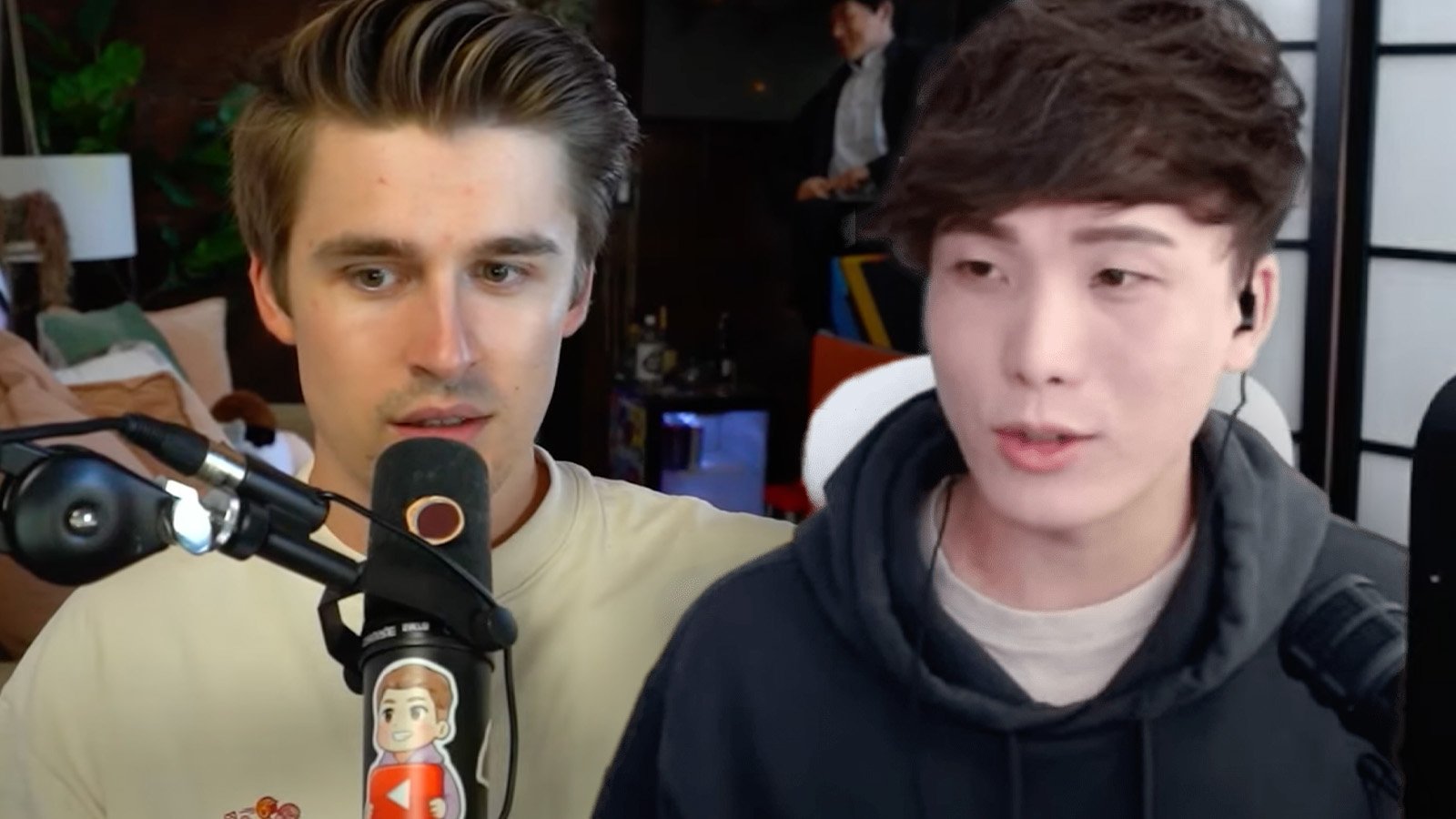 “I think the best person YouTube got for sure was Ludwig,” he said. “Everyone looks up to Ludwig. He went before me, and him going made me feel comfortable. Then me and him both going probably made more people feel more comfortable.”

In his July 7 stream, Sykkuno credited Ludwig for setting the wheels in motion within their friendship group. “When you see someone in the exact same shoes as you like Ludwig make that choice, it makes it a lot more comfortable.”

Ludwig moved to YouTube in Nov. 2021—the same year he broke Twitch records with his subathon. He wasn’t the first massive name on the platform either. Dr. Disrespect and Rachell “Valkyrae” Hofstetter had already settled there, and the YouTube bosses has bolstered their roster by signing Benjamin “DrLupo” Lupo in Aug. 2021 and Timothy “TimTheTatman” Betar in Sep. 2021 too.

However, Sykkuno thinks Ludwig’s signing was the most influential one.

The YouTuber’s viewers noticed he didn’t mention one of his closest friends Valkyrae’s name when talking about the chain of influence. Some even accused him of snubbing her, but he explained there was a logical reason behind it.

“Rae was already on YouTube for a long time,” he said, quelling their furor.

“She showed you could do well as a streamer on YouTube, but she grew here,” the soft-spoken steamer continued. “She was used to being here. It’s not the same thing.”

Valkyrae has been on YouTube since Jan. 2020. She had one million followers on Twitch beforehand, but her viewership boomed significantly on YouTube—and in the Among Us craze—before she re-signed in Jan. 2022. So, the stats support his claim.

Sykkuno also believes Ludwig’s knack for pushing the envelope and producing new and exciting content like Mogul Money, even if it costs him hundreds of thousands of dollars to pull off, adds to his value.

In May 2022, Ludwig praised Sykkuno for having the courage to join YouTube, claiming it was the right move. And now, Sykkuno feels the same about LilyPichu’s signing.

He concluded: “I think Lily is going to have a great time here.”