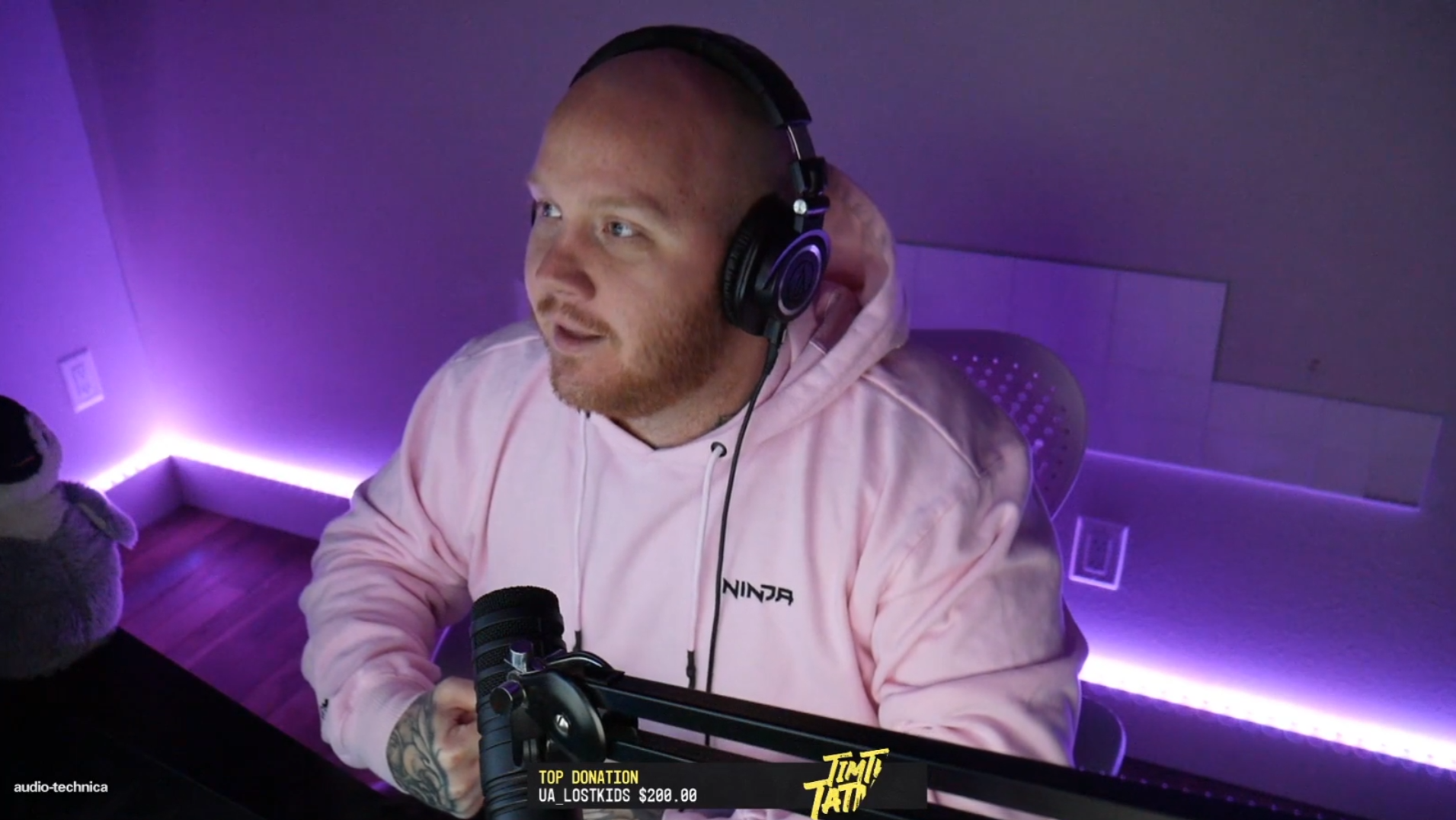 TimTheTatman, one of Twitch’s most popular streamers, has decided to leave the platform and join YouTube Gaming after nine years with Twitch.

Tim announced the news today with a video post to Twitter that was all about walking through doors to see his past and future.

Yesterday, he ambiguously posted a picture of a dark room with two white doors, ominously suggesting that an announcement was coming. And this morning, his verified button on Twitch was removed, giving a hint about the move.

TimTheTatman joins DrLupo as another streamer who recently left Twitch for YouTube Gaming. Other notable Twitch personalities to leave Twitch for YouTube include CouRage (who was featured in Tim’s announcement video today), Valkyrae, and Dr Disrespect.

In the past year on Twitch, Tim’s channel has averaged 34,634 average viewers, racking up more than 60 million hours watched in total, according to Twitch stat tracker SullyGnome. His channel has more than seven million followers.

Tim is among the top 20 most-watched streamers on Twitch in the past year, making him the highest-profile content creator to leave the platform to stream exclusively on YouTube Gaming.

The only streamers to leave Twitch with more viewership than Tim were Ninja and Shroud, who both took deals with Mixer before returning a year later after the platform shut down.