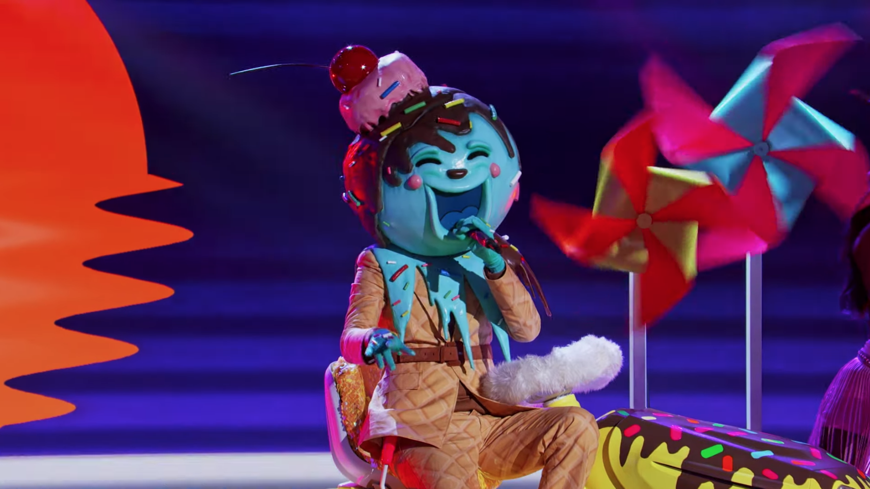 Screengrab via The Masked Singer

Popular streamer and former professional Halo player Tyler “Ninja” Blevins is used to competing on some of the biggest stages in esports, but he showed off a new talent tonight on national television.

Ninja was one of the first celebrities eliminated from the season two premiere of The Masked Singer. The TV show features celebrities dressing up in costumes to hide their identities while they sing, forcing fans to try to guess who’s behind each mask.

The first episode of season two aired tonight after T-Pain (dressed up as a monster) won season one of The Masked Singer earlier this year.

Ninja, dressed in an ice cream costume, was one of eight celebrities to perform on tonight’s season premiere. In his first-round matchup against an unknown celebrity wearing a tree costume, Ninja sang “Old Town Road.” The studio audience voted against him, which meant he was sent to an elimination smackdown against another unknown celebrity dressed in a ladybug outfit. Ninja then sang “Whip It,” but the panel of judges voted in favor of the ladybug.

After being eliminated from the competition, Ninja was unmasked at the end of the show along with American figure skater Johnny Weir.

Although Ninja’s time on the show was short-lived, many fans were probably surprised to see the popular streamer singing on national TV. You can watch season two of The Masked Singer on FOX on Wednesdays at 7pm CT.