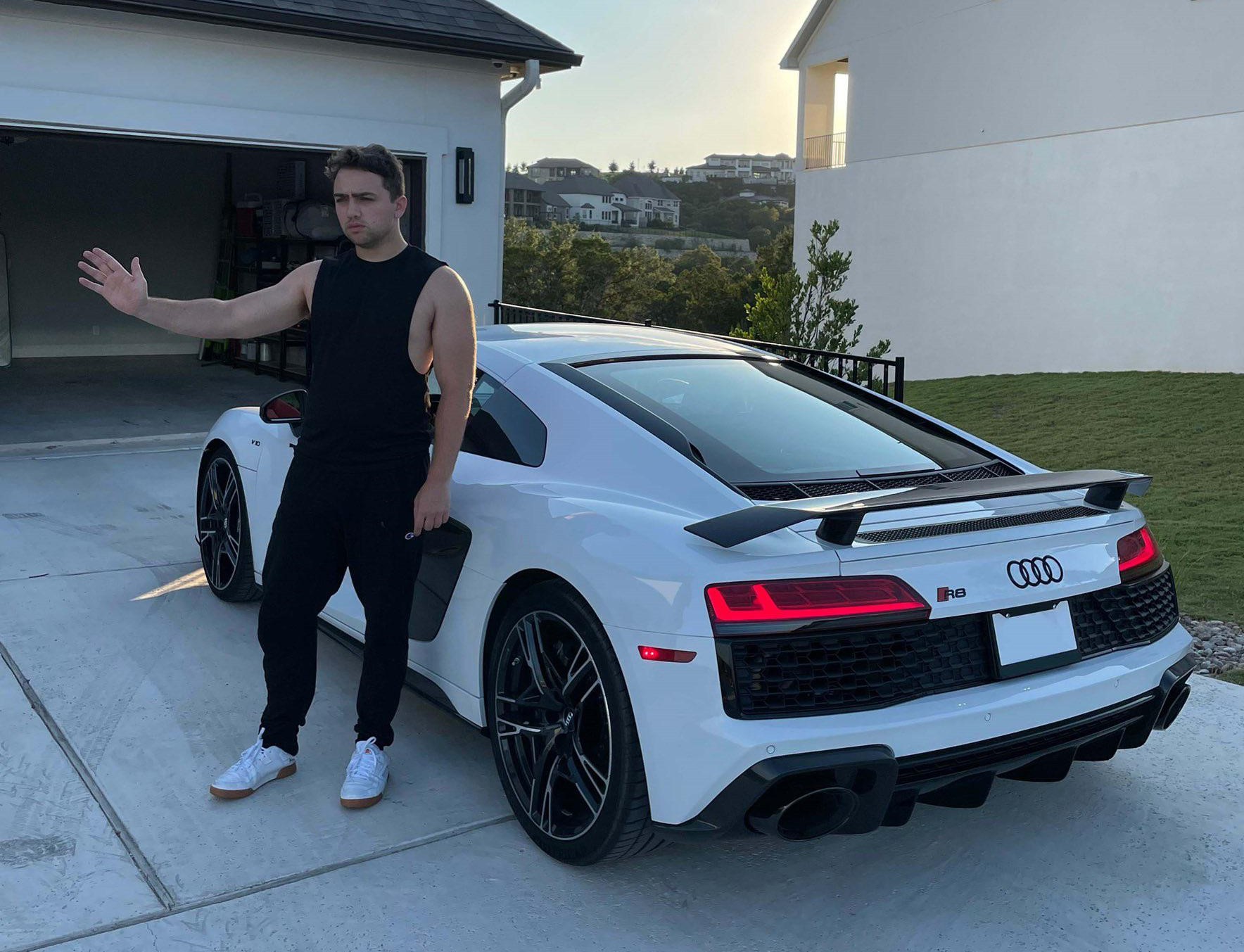 Twitch streamer and content king Mizkif says his Audi R8 sportscar has sustained $100,000 in damages after being hit by someone in a parking lot last night. Mizkif explained that he took today off from streaming to address the situation with his auto insurance company and go “shopping for a Toyota Prius.”

Fellow streamer and new OTK member Emiru was livestreaming with Mizkif, Asmongold, Cyr, EsfandTV and more last night where they explored an arcade, played games and cracked tons of jokes. But after the night of fun, Mizkif realized that his car had been severely damaged.

Unfortunately, Mizkif has only had this car for less than a year. It’s not yet clear how exactly the vehicle was damaged, though it’s likely Mizkif will discuss the issue on an upcoming stream.

Some saw the incident as a prime opportunity to troll Miz. Schlatt replied, “And I’ll do it again,” implying that he was the one who hit Miz’s car. This started an endless thread of streamers and content creators like Tubbo, Billzo, Ranboo, and Ted Nivision all replying with the same phrase, pretending that they participated in the accident.

Mizkif enlisted the help of 100 Thieves’ Austin (of Twitch channel AustinShow) to help him negotiate a “good deal” for the car. Mizkif made a YouTube video about the process and released it on his channel shortly after on June 6, 2021.

According to the Twitch leaks, Mizkif is a multi-millionaire just from his Twitch payouts alone. He’s a part of the elite echelon of the 0.01 percent of highest-earning Twitch streamers on the platform, who only make up a very small fraction of all streamers but earn the vast majority of the money contributed. Many have been buying sportscars recently in celebration of their success, like xQc, who recently bought a $320,000 McLaren last month.