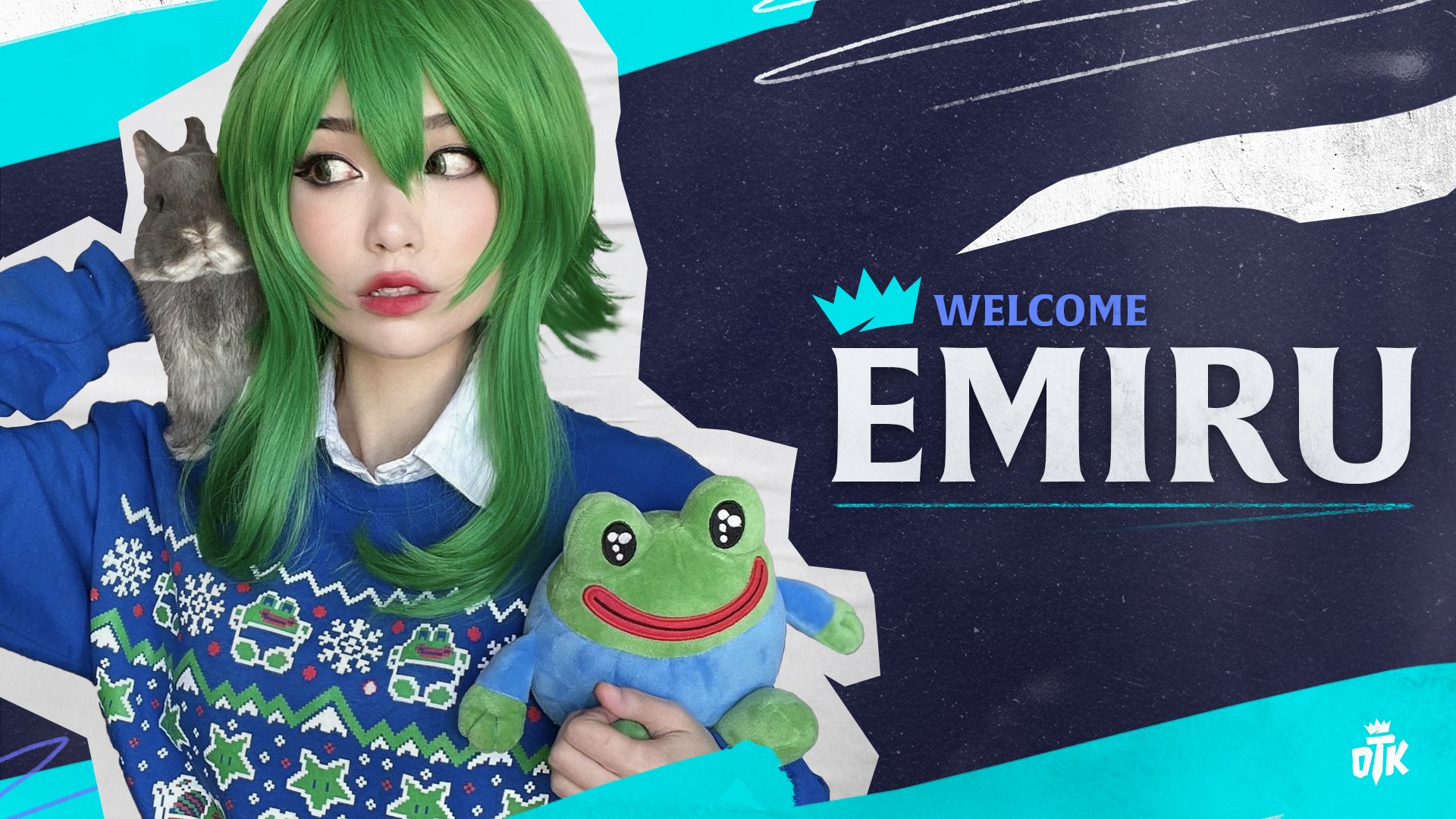 Popular Twitch streamer Emiru has officially joined OTK as a content creator. The Austin-based esports organization, One True King, was founded in October 2020 and has been headed by streaming figureheads such as Asmongold, Mizkif, Esfand, and more.

Along with Emiru’s official announcement tweet, OTK released an accompanying video. In the video, OTK founders Mizkif and Esfand “saved” Emiru from a dragon keeping her in a tower before Asmongold inducted her into the organization.

Emiru has been a content creator across both YouTube and Twitch since 2016. Though primarily known for her League of Legends content, Emiru’s cosplay, TikToks, and variety streams were among her most popular content. The Twitch streamer moved to Austin to stay in a streamer house with multiple OTK members, though remained contracted with Cloud9 until recently.

The American streamer has experienced incredible growth in viewership metrics over the past several months. Since collaborating with other OTK members more closely, Emiru amassed over 647,000 total followers and boasts over concurrent 47,000 average viewers. Already well integrated into OTK content, Emiru has made appearances on fellow OTK members’ streams and the organization’s events over the past month.

OTK is one of the fastest growing organization in esports. With a roster of already massively popular streamers, a World of Warcraft Arena team, and an upcoming Apex Legends tournament, OTK has massively expanded its operations in its relatively short history. Emiru’s signing is but only the latest addition to the organization’s growingly ambitious operations.