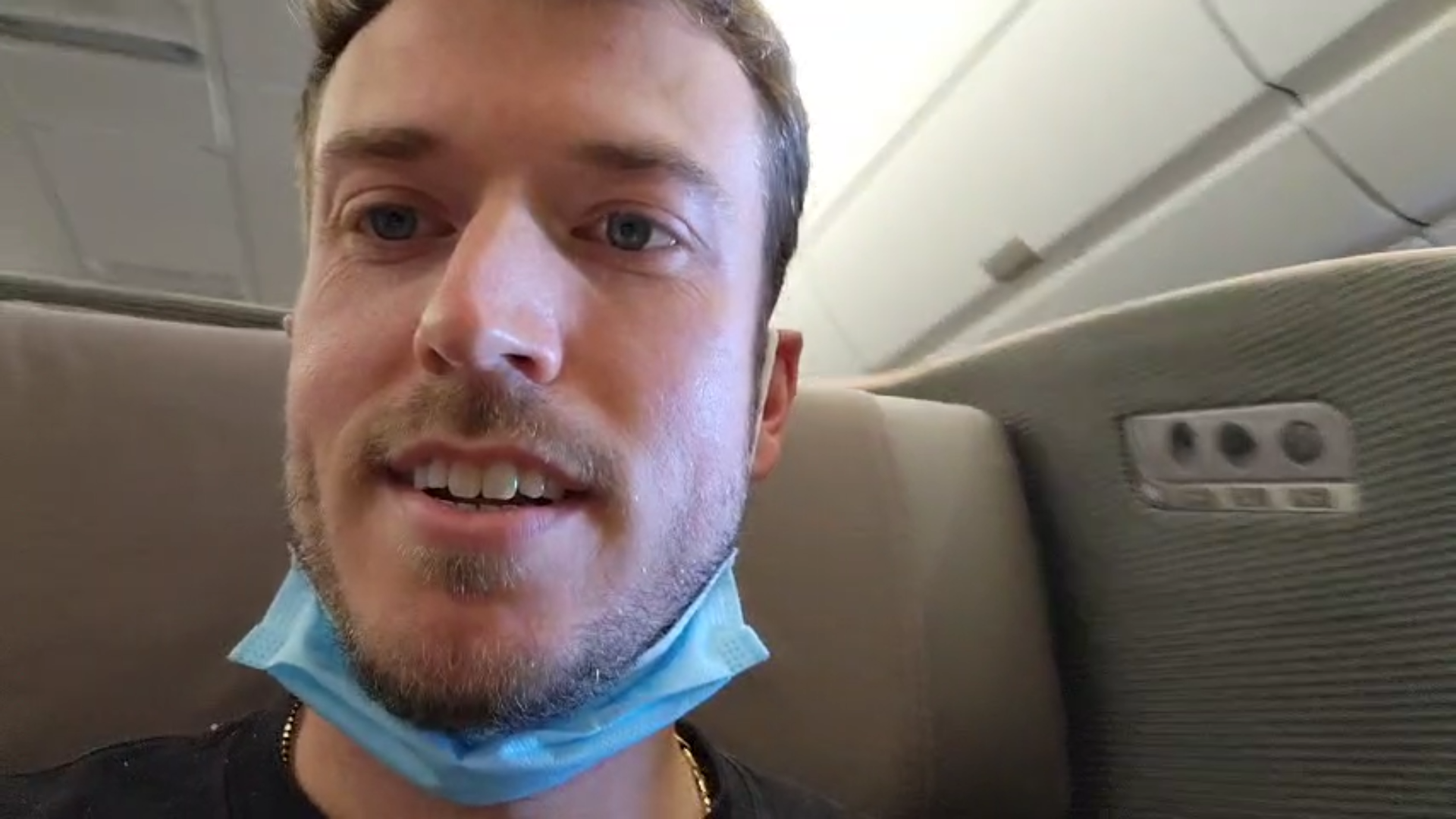 Popular IRL streamer Jakenbake conducted his first successful stream from a commercial flight, giving an airline food review while over 30,000 ft above the Pacific Ocean.

Jakenbake is most well known for his IRL and travel content. Primarily streaming his daily life in Japan, the globetrotting content creator visited countless other countries alongside a rotating cast of friends and his Twitch chat. COVID-19 restrictions put a significant hiatus on Jakenbake’s regular travel content. While still streaming regularly, the American streamer’s content largely transitioned to gaming.

Now, after nearly two years, Jakenbake has planned his first major international trip to broadcast to his audience of over 563,000 followers. Boarding a 17-hour flight to Singapore, Jakenbake spontaneously started streaming after showing the unexpectedly fast internet speeds he was getting while in first class.

With relatively few interruptions, given the extreme conditions of the stream, Jakenbake gave a review of first-class airline food alongside fellow streamer CookSux. Though the stream only lasted 38 minutes in total and ended due to connectivity issues, Jakenbake still made history with the first successful stream broadcasted from a commercial plane.

The veteran IRL streamer has attempted to stream from airplanes several times in the past, though almost all were either incredibly short-lived or simply impossible. As plane WiFi has drastically improved, it seems that Jakenbake airplane streams could be a more regular possibility.

Shortly after the stream, Jakenbake tweeted how ecstatic he was that the stream went smoothly.

“I can’t believe that just happened,” the IRL streamer said. “I’ve always tried this and it never worked out. Short and little stream thanks to the legends who showed up.”

Viewers can continue watching Jakenbake’s travel journeys as he exits the airport and takes the streets of Singapore.