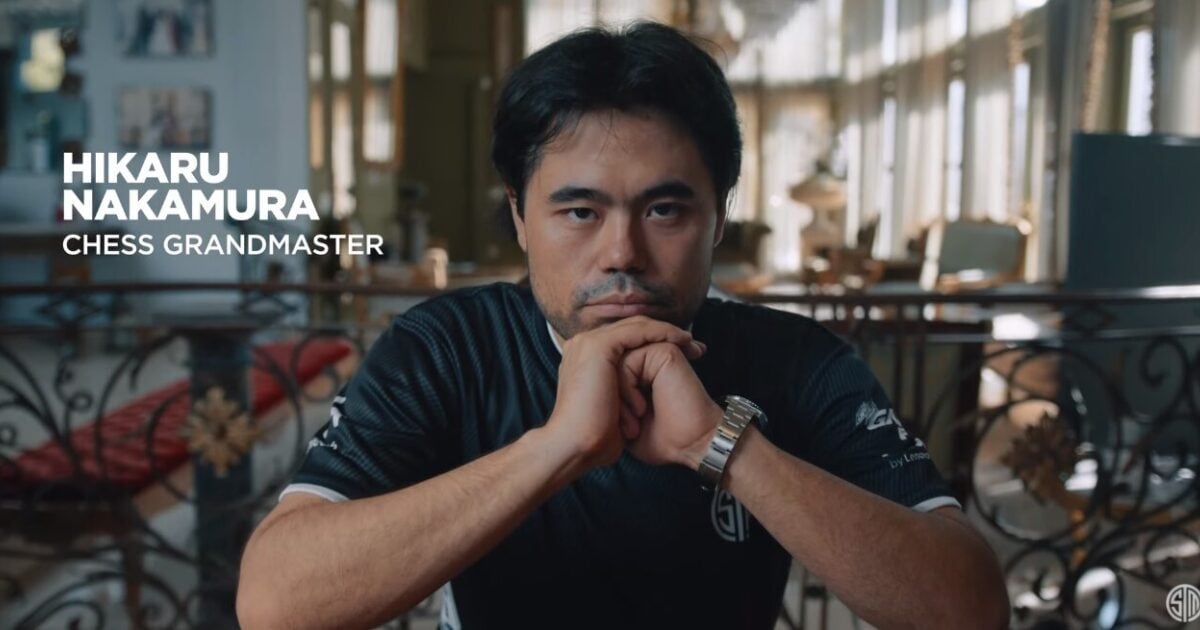 Hikaru Nakamura has remained a top-level chess player for more than two decades. He’s now a driving force in the growth of the game on platforms like Twitch and YouTube, all while continuing to compete under TSM’s banner.

Over the last month, Hikaru averaged nearly 13,000 viewers on Twitch and peaked at 36,788, according to Twitchmetrics. He exclusively streams various versions of chess, mostly involving direct competition and puzzle challenges.

Along with streaming challenges or competing, he tends to focus on fast chess variants, where he’s widely considered one of the greatest rapid and blitz chess players of all time. This also includes bullet chess, a variant of blitz that uses even faster timers.

In a new partnership with Stella Artois, Hikaru will be aiming to set a record in bullet chess live on June 1. The goal is to break the Chess.com record for the most unique opponents beaten in bullet chess in one hour, while also giving away prizes like a Hikaru-inspired Stella chessboard and even facing off against lucky fans on stream.

While preparing for the record-breaking stream, Hikaru spoke with Dot Esports about competing in different styles of chess, streaming while competing, and his approach to this world record attempt.

You obviously have a strong position in the faster playstyles of chess, being a frequent top competitor in blitz, rapid, and bullet chess prior to this run. What appeals to you the most about these faster styles versus some of the more traditional styles?

Hikaru: Technically there are four categories. There’s classical chess, which is what the world champion is determined off of and what the world rankings were based off of for probably the last 50 to 60 years or more. Those are games that can go anywhere between like three and seven hours. Then there is rapid chess, which can run anywhere from about 20 minutes to an hour. After that is blitz chess, where games go for around six to 10 minutes. Then you hit bullet, where it is two minutes maximum for both players, where each gets one minute of time for the entire game.

I think I have been so associated with blitz and bullet specifically because much of my early learning was, I guess you could say it was from playing a lot on the internet. On the internet, people really only play the quick versions as opposed to slower games that take a lot of time, so I guess it’s just ingrained in me.

I would say specifically the difference is that a lot of the faster games are based more on intuition and how quickly you make the moves versus doing long calculations where you can think for up to five or 10 minutes.

Unfortunately, I didn’t win the most recent bullet championship, I lost in the semifinals. But prior to that, I’d won the last couple of world championships and would say, objectively, I was the best player in the world from the time I was about 16/17 up until the last year or two. So it is something that I’ve been very good at for a very long time.

A little less than a year ago, you said you were probably the best or second-best player ever to touch blitz chess, at least online. How has this mindset changed throughout 2021 as you have continued to compete, learn, and teach others about the game?

I wouldn’t say it’s really changed. I think right now it is one of those times where there is one person who’s just, you know, a once in a generation or more player, the current world champion Magnus Carlsen, and unfortunately I play in the same time period as he does.

How much has your approach to bullet chess changed in recent years? Specifically, do you have anything you know now or do differently than when you published your book, Bullet Chess: One Minute to Mate, in 2009?

I actually wouldn’t say there are big changes. I think probably the biggest difference is just that I’m older than I was back then.

One thing that I’ve definitely noticed in the last year is that I can still play just as fast as I did before, but there will be moments in bullet games where you only have one minute for the entire game and I find myself thinking for like five or six seconds. That’s something that never used to happen when I was younger.

So I wouldn’t say the approach has changed, but the reaction time and just wanting to think at certain moments, that just naturally happens with age. So that certainly means I don’t play as well as perhaps I once did, but even despite that, I’m one of the absolute best anyway.

You’ve held several records and titles in the past. What has pushed you to work for this bullet chess record? Is this specific record run pulling from a different mindset than, say, your approach to other forms of chess?

I think bullet chess has oftentimes been overlooked. And in this day and age where chess has become such a big esport, more and more people are becoming fascinated by it because players have to move instantly and you only have two minutes for an entire game.

So when I heard about this record for the most wins in one hour, it struck me as a very interesting challenge, as something quite different. Because usually, chess records are based on things like getting the highest Elo ranking or having X number of points as opposed to something like you trying to beat so many players in one hour. So it’s quite unique and different, and should be a lot of fun. I think a lot of people are going to enjoy it just because of the uniqueness of the challenge itself.

With chess exploding as an esport and all of these different aspects and categories getting so much attention from different subsets of the community, how do you, as someone who has that traditional background while also being so ingrained in the esports side of things, view that expansion?

Obviously the pandemic helped quite a bit in terms of the increase as an esport, specifically with the audience. The audience grew exponentially during the last year to year and half, I don’t think there’s any other way to put it.

I think, going forward, we’re seeing a lot of these top-level chess tournaments with the top players in the world garnering a lot of viewership. And beyond that, there are just many different sorts and styles of events and streamers as well.

Currently, we’re in a bit of downtrend because the numbers have dropped a little, because last year, I mean, with the pandemic we had this sort of boom on Twitch, followed by Queen’s Gambit, which was an even bigger boom. In many ways, that definitely set the trend and things have been amazing ever since. I do think we are in a bit of a low right now, however, I expect the audience to stay and I think with more events, competitions, and unique things like trying to set records, you’re only going to have more and more people tuning in.

Moving into the content creation side of things, you seem to attract a large viewership that’s more than happy to support you while knowing that not every stream is going to involve a lot of chat interaction at all times. How hard is it trying to engage with your audience while also trying to focus on competing?

I think that’s probably one of my biggest strengths. You know, I’ve played chess for so many years and because of that, many of these challenges that I attempt, I am able to still engage with my audience to some degree. It’s not a situation where I have to completely focus on the chess. Of course, the majority of my focus is on chess, but I still do try to interact.

Obviously with this challenge coming up and the fact that it is only one hour and the games, both players will only have one minute, I will be focusing more on the individual games. I do want to set this record for the chess community.

With this stream, your goal is obviously to set the record by annihilating as many other players as possible. Is there a specific mindset you have going into this or that you are using to prepare?

I wouldn’t say there is a specific way that I will plan for it. The current record is 32, so basically, I’ll look at the math. Since these are going to be bullet games, both players have a one minute clock, which I know is getting redundant here, but that means there is a total of two minutes for the whole game.

So, if all the games go two minutes, that means the maximum number of games I will play could be 30. Now, when I play bullet, I usually win something like 90 percent or more of my games. So I am expecting it to actually be relatively smooth. I think that if I don’t win 35 games, I’ll be disappointed.

I’m going to say that I expect to smash the record—I don’t expect it to be close.

But I will say, if perhaps, at the start I lose a couple of games and look at the clock because it’s counting down, I may try to win games quicker if I get in a bad position or resign a game earlier as opposed to playing it out to the very end. There are little things like that during the event itself, but the main thing is that I’m confident and that I just try to play fast and do my thing.