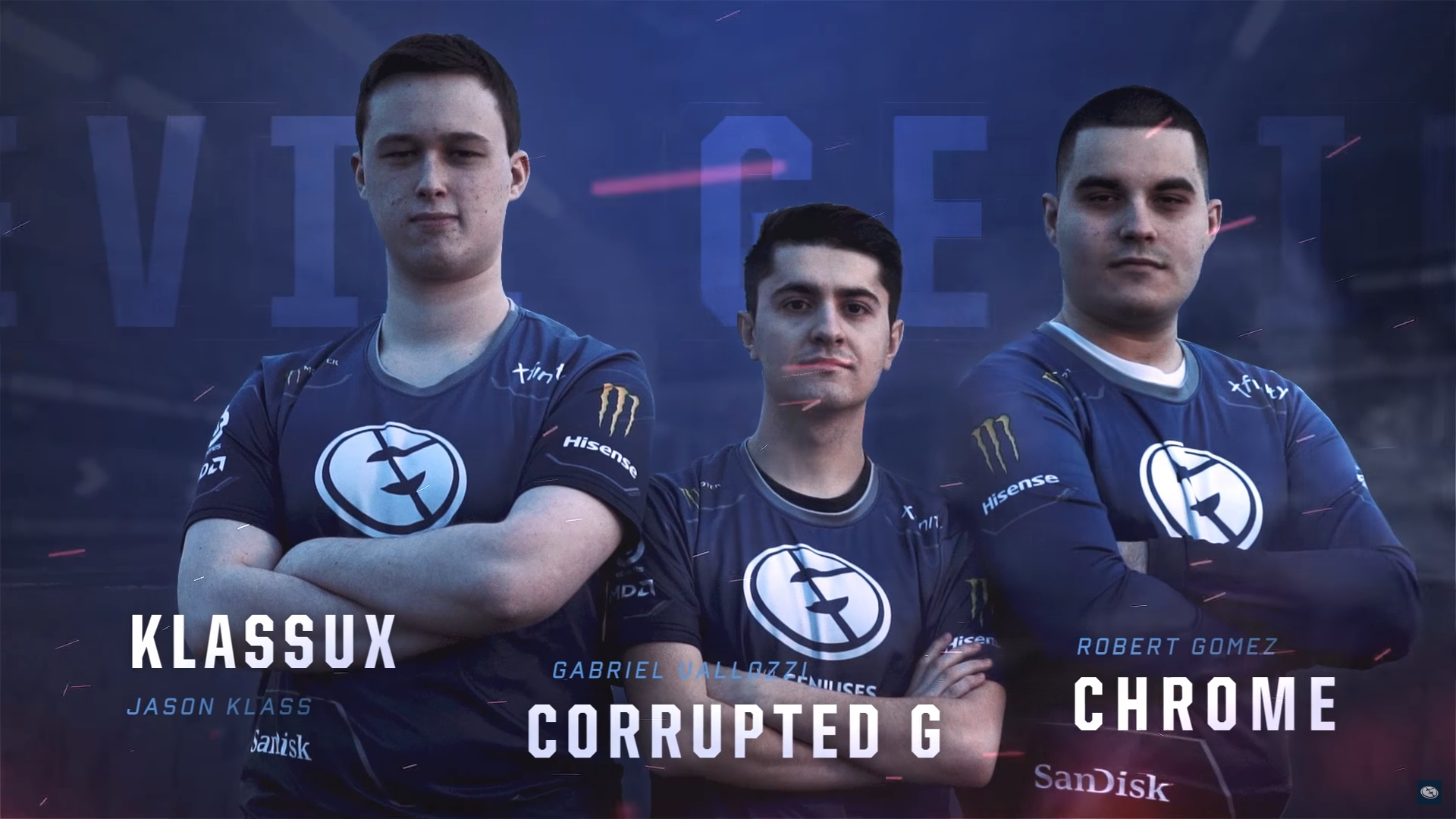 “For Rocket League, we knew the game and fans were special, but it has been a considerable journey to find the right team to represent EG,” Phillip Aram, COO of Evil Geniuses, said in the announcement. “Chrome, CorruptedG, and Klassux are just that team, and they’re already prepared to bleed blue all season for EG fans old and new.”

The team recently finished joint fifth at the DreamHack Leipzig Open, losing to NRG in the quarterfinals 0-3. Since then, the team have taken part in a few smaller tournaments and more recently lost their player Kaid “SadJunior” Zehri to Cloud9.

Alongside the team acquisition, Evil Geniuses will also be taking over eQuinox’s spot in the Rocket League Championship Series.