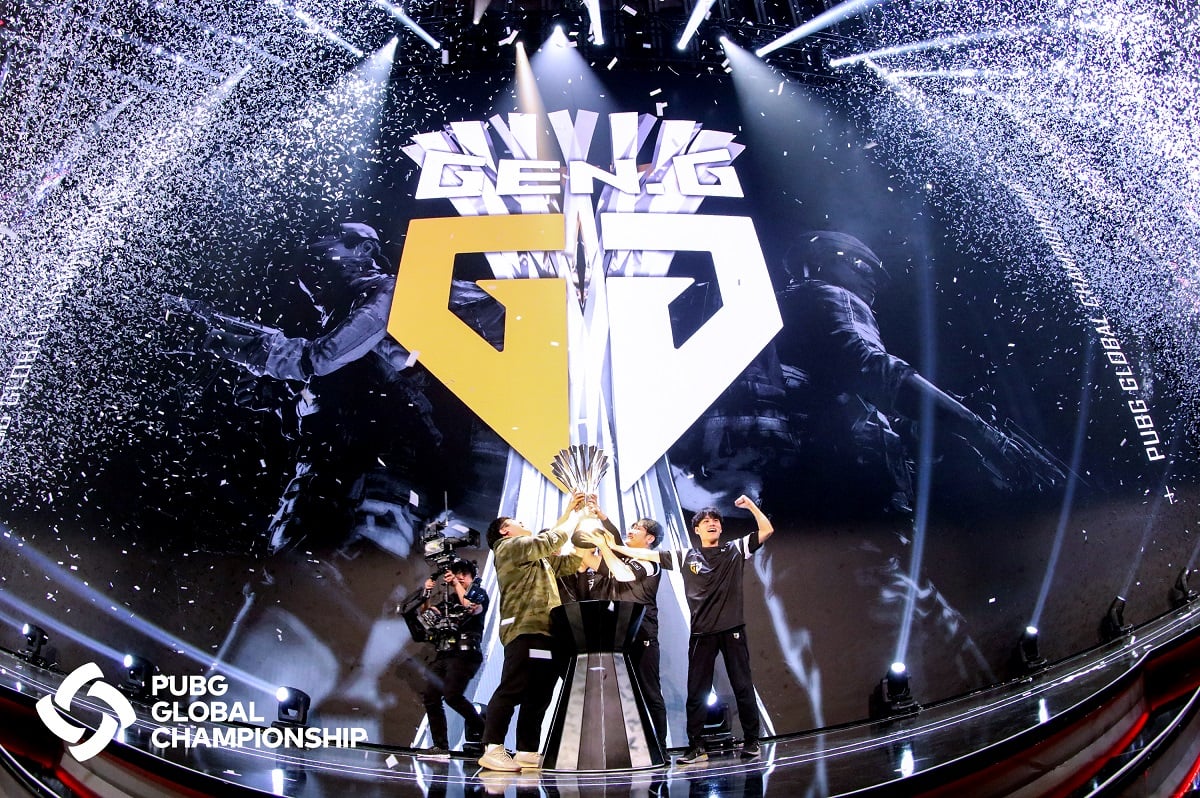 2019 was an experimental year of PUBG esports, and the competitive scene was more stacked than ever with events. It even saw its very first Global Championship that crowned Gen.G as World champions.

The competitive season was filled with outstanding moves, many fails, and some bugs, too. As we look back to the season before 2020, here are some of the biggest plays of the year.

In April, the FACEIT Global Summit: PUBG Classic gathered teams from all regions to bring a slice of the $400,000 prize pool and a spot in the PUBG Global Championship. On day five, Thai player Rungrattanachai “HoN_BoYa” Sungsuk carried his team through a Miramar game by killing five players all by himself in the end. After killing three players all by himself, he avoided a grenade and eliminated two OGN Entus Force players out of the three who focused him. A OGN teammate ultimately avenged them by eliminating HoN_BoYa.

He scored six kills in this game, which fit well the aggressive style of its team, Armory Gaming. They were the ones with the highest ratio of kill points compared to placement points. They placed fifth in this tournament, while the Korean team OG Gaming Rangers grabbed the title and brought home a $150,000 prize pool.

With outstanding grenade throws, another player marked the memories in this tournament: Sun “CPT” Yu-Ze. On the last day, he survived last of his team Four Angry Men and tried to survive alone. He spotted a stacked team, silently approached them and threw a perfect grenade that wiped them all. Then, he killed both remaining opponents and grabbed the chicken dinner.

Unfortunately, this play was not enough to step onto the podium. 4AM placed seventh in the tournament. But they performed better and better throughout the year, ending the 2019 season by becoming the best Chinese team with the victory over the 2019 PUBG Champions League Summer. On Nov. 29, the team acquired player Wu “vv” Wei for a high price in the PUBG scene, $35,500 (¥250,000).

This move happened at the very beginning of a game in the regular season of the Korean PUBG League – Phase Two. OP Gaming Ardor player Yoon “Ash” Tae-jin was having a hard time and was spotted by LAVEGA players before looting any stuff.

Two players tried to crush him with their cars, but he cleverly dodged them using a tree. Then he jumped into one of the opponent’s vehicles and waited for his teammate to save him. He ultimately successfully jumped into his car and they drove toward their teammates. LAVEGA placed last in this game without getting any kills.

Sometimes, the random circled zones focus the worst areas possible in PUBG maps, and this Sanhok end game was one of the best examples this year. It ended in the North-West corner of the map, near Ha Tinh. The remaining area was split between a cliff and the field beneath it. Among all surviving teams, eUnited were placed in the best spot possible: atop the cliff.

They waited for the players beneath to kill each other and wiped them as soon as they got in their sights, proudly winning the chicken dinner. Overall, the team placed sixth in the NPL Phase Three. It was enough to qualify for the 2020 NPL season, but they won’t participate because of a disband.

Evan “Kendo” Carpluk was in the situation dreaded by many players: he was the last member of his team alive, Zenith E-Sports, against seven opponents. He decided to play aggressively and went straight towards the enemies. He eliminated a player and used the house and windows as tools to outplay his opponents beautifully. Finally, he eliminated the Simplicity team and grabbed the win in the most convincing fashion.

This match was part of the National PUBG League relegations tournament. Despite a successful qualification in the NPL Phase Three afterward, the team finished last of the league and was relegated again last September. They’ll have to step up their game to make their way back to the National League in 2020. Kendo joined the amateur esports organization Zenith e-Sports last June and is still part of it.

Since PUBG was released in 2017, some spots in Erangel remain as favorites –and the riskiest. The hospital is one of them. Going there is a hit or miss. And in the first game of the PUBG Nations Cup Day Two, it was a miss for team United States.

They didn’t really have a choice. The game’s seventh phase unluckily dragged the players around this dangerous location. Team Vietnam successfully pulled off an outstanding ambush, waiting for a team to come upstairs that turned out to be the United-States. Two days later, Vietnam finished off fourth of the PUBG Nations Cup, which took place in Seoul, and brought home a $44,000 prize pool.

Even if the PUBG Nations Cup prize pool amounted to $500,000, players chose to have fun and play aggressively, to the delight of the viewers. Team Thailand certainly was the quintessence of that style. In this move of the very first game of the tournament, Thailand star player Katanyu “DUCKMANZ” Chinosorranan went ahead of his teammates and aced the team Finland all by himself.

DUCKMANZ was one of the PUBG Nations Cup talents who got the most highlighted. Throughout the competition, he made outstanding moves and clutch plays which energized every game. But the player who crushed the statistics was Ivan “ubah” Kapustin from the winning team Russia.

This clip is a perfect example of the aggressive style of the Nations Cup teams.

On this day one game, team Finland decided to go all-in on Russia and was punished for it by a move worthy of a Hollywood action movie.

Russian player ubah was ultimately crowned as the player with the most kills in the tournament, with 35 overall. He and his team won the Nations Cup by surpassing the undefeated South Korean team in the very last game by choosing an aggressive strategy that didn’t bring them the chicken dinner, but enough kills to get ahead of South Korea.

Ubah then came back to Europe and dominated the regional league, becoming the Europe League back-to-back champions with his FaZe Clan teammates. They ended the season by finishing second in the PUBG Global Championship, surpassed by Gen.G.

In the end of the Global Championship day one match six, Na’Vi player Arsenii “ceh9” Ivanychev got stuck between the moving blue zone and both Gen.G opponents, Kang “Taemin” Tae-Min and Park “Loki” Jung-Young.

Despite losing half of his life because of a precise shot of Loki, he successfully downed Taemin. A few seconds later, Loki avenged his teammate by killing him with a single head-shot and won the chicken dinner.

Here is one of the most-watched clips of streamers on PUBG this year. Shroud is the most popular streamer among those who play the game regularly. In this game, he luckily eliminated two players with one stone. Despite being killed early in that game, his teammates chocoTaco and Moses won the chicken dinner after a funny fight against the final enemy where they only used melee weapons.

After this experimental year of a PUBG official competitive circuit, restructuration changes were recently announced for 2020. It will feature three offline events and a second Global Championship next Fall.