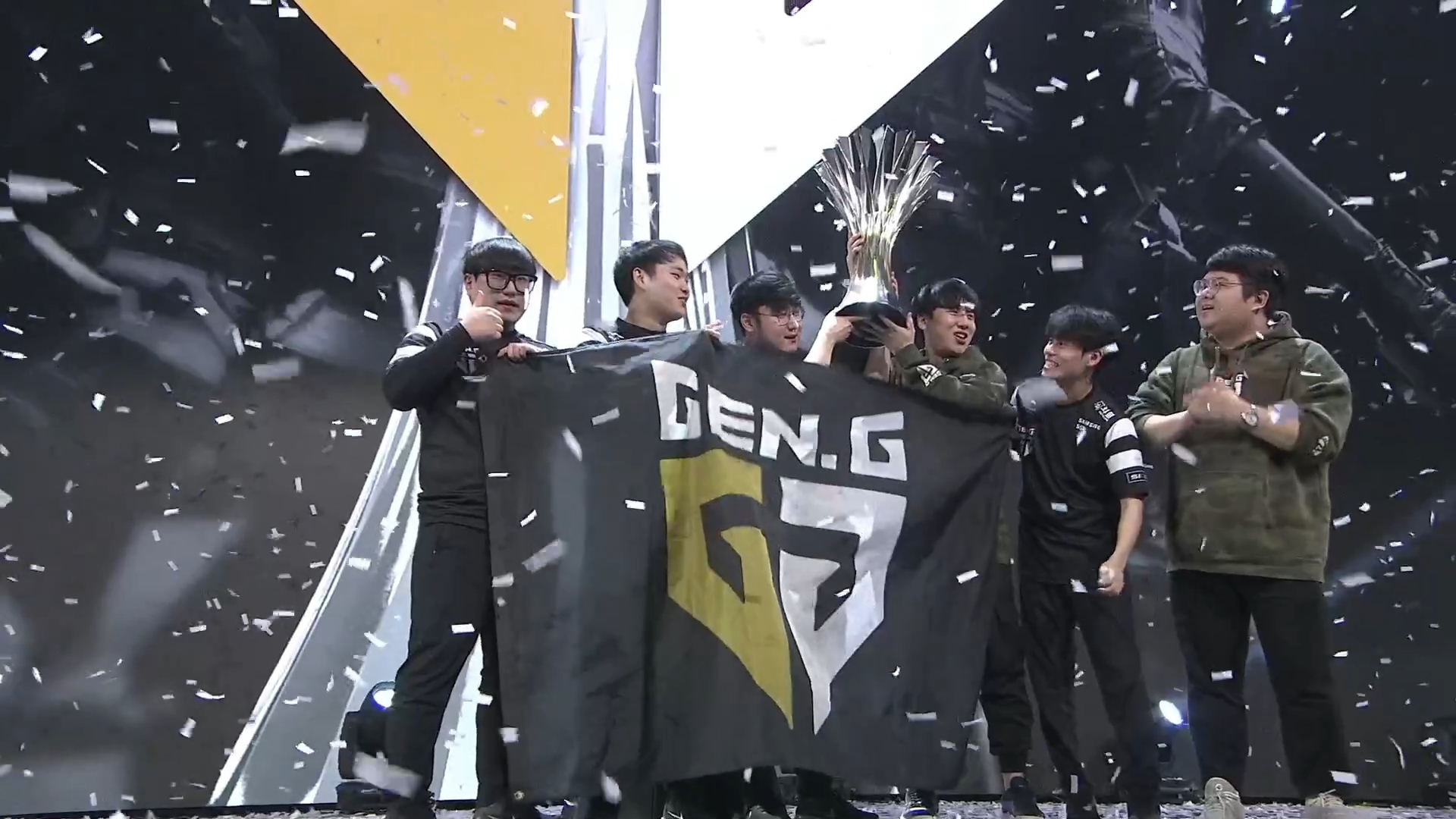 The entire PUBG season led up to a clash between North America, Europe, Korea, and the other qualifier winners. Gen.G managed to pull off a late run yesterday to win the first PUBG Global Championship, besting FaZe Clan in the final round of the event.

Sixteen teams entered to compete for the $2 million top prize and the right to take home the global title. But it eventually came down to a risky duel between the early favorites from FaZe and Gen.G, one of the most dominant Korean teams.

Heading into the final match, both teams were trailing Four Angry Men by a few points after the Chinese squad got off to an incredibly hot start and won the fifth match outright. With each team sitting at over 90 points, it became a three-team race as soon as OGN Entus Ace bit the dust.

FaZe got caught in a poor position while rotating and lost two players early when VC Gaming surrounded them and picked off both Ludvik “Aitzy” Jahnsen and captain Anssi “mxey” Pekkonen. The remaining FaZe players managed to get away but they weren’t in a good spot.

As the circle enclosed and forced everyone to a very small part of the map’s southwest corner, the rotations only got more dangerous.

4AM tried to make it to the Phase Three circle and get set up, but FaZe struck. David “Fuzzface” Persson managed to pick off Wei “xxxLu” Daying right when his vehicle was coming over a hill. And that was the signal for the remaining teams to join in. Bang “Alphaca” Ji-min wiped out the last chance 4AM had of holding their lead, eliminating them at 99 points.

FaZe and Gen.G both ended up getting eliminated in third and fourth, respectively, but the Korean squad managed to secure 10 kills along the way. Natus Vincere finished off a strong performance in the 12th round of the finals, but the real winners popped off after finding out their last performance was enough to win it all.

Gen.G—captain Go “Esther” Jeong-won, Kim “Chelator” Min-ki, Park “Loki” Jung-young, Kang “Taemin” Tae-min, Cha “Pio” Seung Hoon, and coach Seong “WatchinU” Hu Bae—finished in first after not winning a single round since the opening day. But their consistent kill power and solid rotations were enough to end the grand finals 10 points ahead of FaZe, taking the trophy with a final total of 11 points.

After hoisting the championship trophy, Gen.G will head home with $2.3 million from the main prize pool along with a portion of an extra $6 million that was split between the competitors because of the success of the event-exclusive item packs available in PUBG’s in-game store.