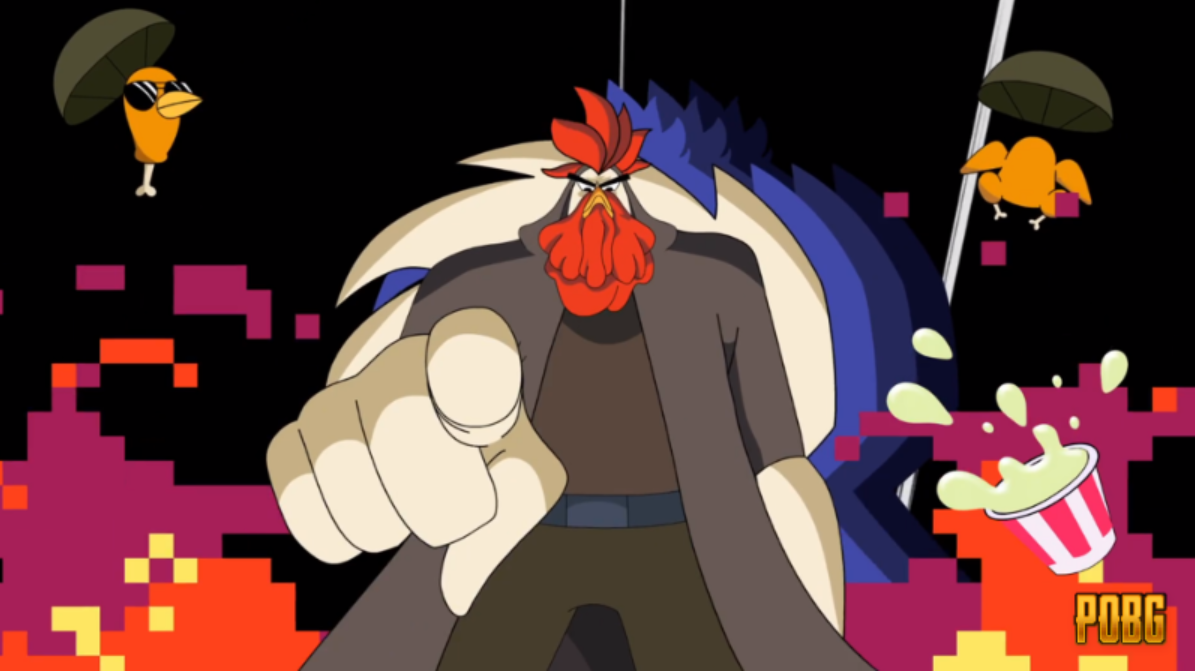 Fake game and project announcements are abundant on April Fools’ Day, but there are also some companies that go all out and actually drop new content to play into the joke and make it a reality.

Krafton and the PUBG team are among that latter group this year and are dropping in POBG, a 2D pixel shooter that will be available for a limited time.

With classic arcade-style gameplay, players will drop into the 2D world of POBG and battle against the very chickens that usually sit at the end of PUBG’s battle royale matches. Each chicken will have its own unique weapons and mechanics, which you will need to learn and adapt to while running and gunning across the pixelated landscape.

According to the actual description of the game, which is littered with chicken and egg puns, a sentient and powerful chicken called PlayerOmnom is leading a rebellion with his Henerals and their armies. Their goal is to take control of the battlegrounds and make sure the term “Winner Winner Chicken Dinner” is never uttered again.

The game was co-developed by the internal PUBG team and independent developer and consulting company IMGN.PRO. The limited-time mode is available to play inside of the regular PUBG client.

The PUBG devs even gave a shoutout to Alexey “Gas 13” Garkushin, a pixel artist and game developer that frequently created pixel art of PUBG in the past, for inspiring the team to make POBG.

PC players will be able to enjoy POBG from April 1 to 12. It will also launch on consoles next week and be available from April 8 to 19.