After months of speculation and leaks pointing to a new game, Krafton and the PUBG Studio team have finally announced the next title releasing in the PUBG franchise—PUBG: New State.

New State will launch as a free-to-play title on Android and iOS in 2021 and was developed to deliver a full battle royale experience, entirely optimized for mobile players.

PUBG Studio focused on taking the gunplay from the original PUBG and fine-tuning it into an experience that will be easy to pick up and play but keep dedicated players coming back to try and become a master of the battlefield.

“Given the fan support and massive success of the previous games, it is humbling to be able to build and introduce the next game in the franchise that revolutionized the battle royale genre worldwide,” said MinKyu Park, executive producer of New State. “We want to build on that legacy by creating an experience that pushes the limits of mobile gaming.” 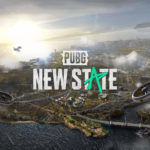 New State will take advantage of Global Illumination rendering technology to push the limits of mobile gaming graphics while still providing a smooth and stable experience.

The game will feature new content that evolves what the original PUBG did so well, like adding new in-game weapon customization features that will let players make their own weapon using customization kits. Those kits will work in multiple different ways, such as adding performance enhancements for certain aspects of a weapon, fire mode selection, and even grenade launcher attachments.

Other new content includes the addition of combat rolls to player movement, drones, new vehicles, ballistic shields, and much more. 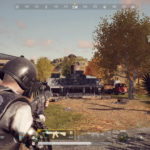 “At Krafton, our goal is to create masterpieces that provide premier gameplay experiences,” said CH Kim, CEO of Krafton. “With PUBG: New State, the next title in our growing PUBG franchise, we hope to realize that vision. We are  giving our full support to PUBG Studio to ensure that they continue to develop games that feature their unique identity, further solidifying its position as the pioneer of the battle royale genre.”

With its setting being in the “near future” of 2051, players will be dropping into a new battleground called TROI several years after the events of the original PUBG release.

It’s unclear how New State will impact the development of PUBG Mobile, but Krafton plans to continue its expansion of the PUBG franchise with other future releases, including the upcoming survival horror title, The Callisto Protocol, which is set to release in 2022 and is tied into the narrative of the PUBG universe.

New State doesn’t have a set release date yet, but players on Android can pre-register on Google Play now. Apple App Store pre-orders are coming “at a later date.” Alpha tests for the game will also be available later this year. More details will be shared on PUBG’s social media in the future.