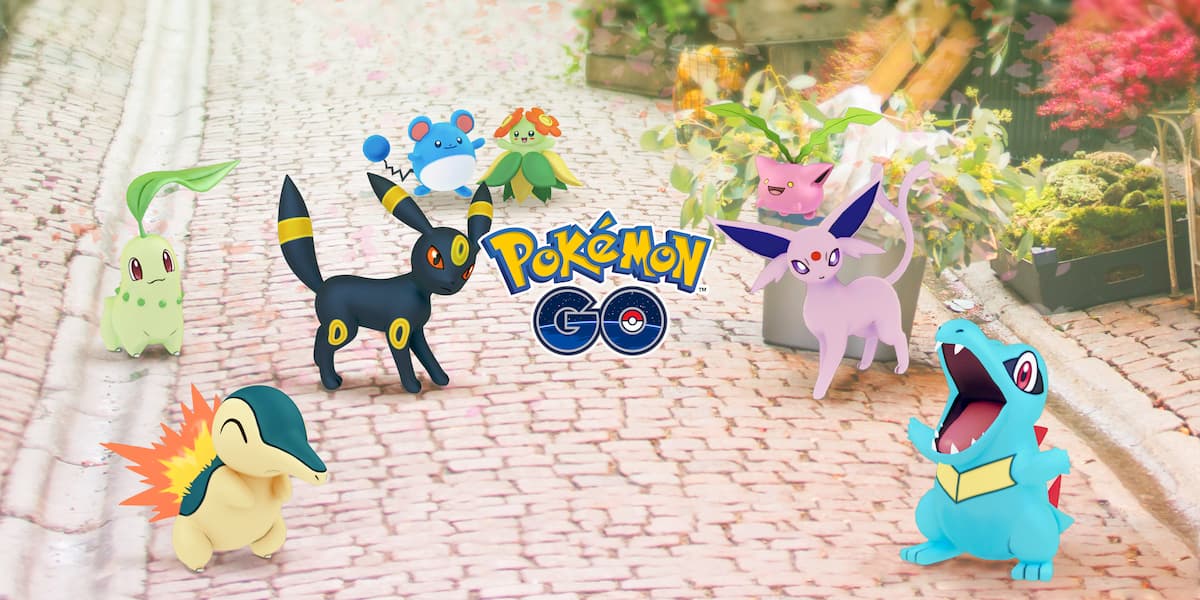 Coming up on the final regional celebration before Pokémon Go Tour: Kanto begins, Niantic has given fans a ton of new details about the Johto Celebration event, which will run from Jan. 26 to 31.

Obviously, you can expect a Collection Challenge and some other basics, but there are some important additions, such as more special moves for fully evolved Pokémon being added into the event.

Pichu, Cleffa, Igglybuff, Wooper, Tyrogue, Smoochum, and Larvitar will be hatching from five-kilometer eggs, while a mix of Pokémon will be appearing in raids too.

Chikorita, Cyndaquil, Totodile, Mareep, Marill, and Larvitar will be in one-star raids, Togetic, Espeon, Umbreon, Skarmory, and Miltank will show up in three-star raids, and Entei, Raikou, and Suicune will return to five-star raids. The Legendary dogs will have different Raid spawns throughout the event, running during and after the celebration ends.

The final bonus for players who take part in the event is that a selection of gen two Pokémon will be eligible to learn their 2018 Community Day special moves.

You’ll want to capitalize on that Ampharos move because Mega Ampharos has been confirmed to be joining Mega Raids starting today and it’s an Electric and Dragon-type.