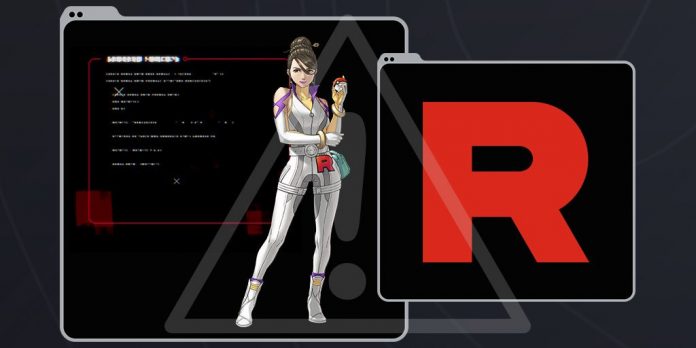 Six of the Mysterious Components crafts the Rocket Radar, which can be equipped from your bag and will lead you to the Rocket leaders.

With all of the Rocket Balloons floating around the overworld, you can also use the Rocket Radar to spawn all three leaders.

Each captain has a different team comprised of three Pokémon. Which Pokémon will be on the team is randomized, but there are a limited number of possibilities for each captain. While the three bosses may seem difficult at first, those who are well-prepared heading into the match will have no problem taking down the Team Rocket leaders.

So here’s everything you need to know about GO Rocket leader Sierra and her Pokémon.

Sierra’s first Pokémon follows the trend of all three leaders, where they lead with the Pokémon you can rescue. Carvanha isn’t very dangerous since it is a first-stage evolution, so just make sure you have a fast or bulky Grass, Fighting, or Electric-type to take care of it.

There are three potential Pokémon who could appear as Sierra’s second team member:

Porygon-Z is pretty straightforward, with a varied moveset and strong Attack stats that will have you reeling if you don’t come prepared. You can carry over your Fighting-type from the Carvanha battle if you want to match it blow for blow, but you should probably have a Steel-type to absorb its Normal-type attacks and avoid being hit by a super-effective Blizzard or Solar Beam if it has either.

A bulky physical attacker, Hippowdon will tear up your team if you don’t come prepared for it. If you bring a strong Water-type or Grass-type you should be fine, but be warned that it does have access to Stone Edge along with the elemental Fang moves, so it can cover for a few of its weaknesses.

Arguably the least threatening of Sierra’s secondary options, Mismagius only has access to Dark and Ghost-type attacks except for Dazzling Gleam. As long as you bring Pokémon that has a Dark-type move, you can handle the Ghost-type pretty handily.

The only Pokémon returning from her previous team, Houndoom is a Fire and Dark-type, meaning it is weak to Water, Ground, Rock, and Fighting Pokémon. Conkeldurr is a solid option to choose when facing Houndoom, although Pokémon like Gyarados, Swampert, and Machamp will easily get the job done.

A Dragon/Ground-type is going to throw a wrench in some of your initial plans unless you brought some Water-types that also have Ice-type moves, which is pretty common. Even if you just bring a Dragon-type, you could probably use it solely to handle Flygon if Sierra does use it.

The final option Sierra has is trying to bulk up and wear down your team with the massive body of Walrein. It has a limited move pool, only having access to Water, Ice, and Ground-type attacks, which means using a Fighting-type in this scenario is just as viable as the Houndoom fight.