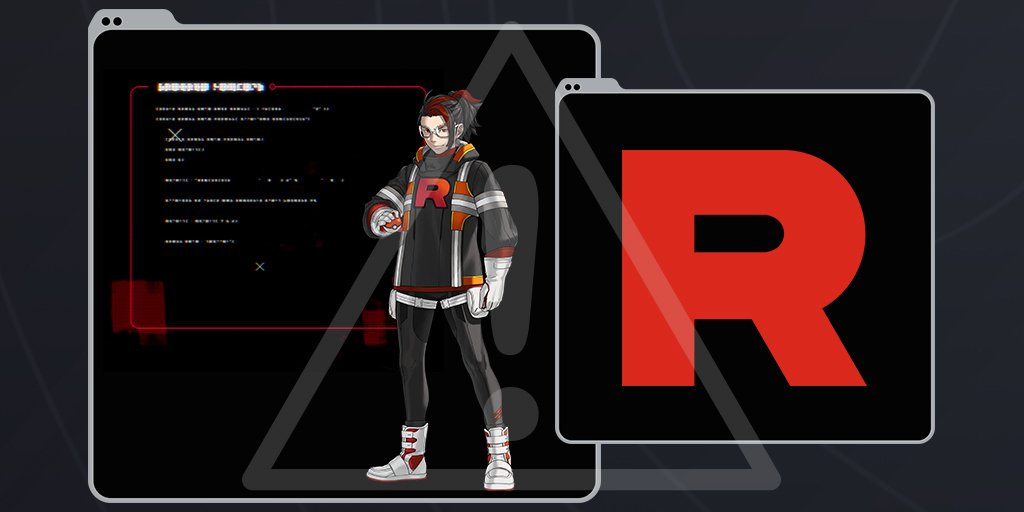 Team Go Rocket has long been a part of trainers’ journeys in Pokémon Go.

But as players fight through the evil organization’s ranks, they’ll meet three Team Rocket Captains: Cliff, Arlo, and Sierra. Each of the captains has a few different Pokémon on their team and requires careful planning for players looking to stop the Rockets in their tracks.

As players take on the various Go Rocket Grunts in Pokémon Go, they’ll receive items called Mysterious Components that piece together to make a tracker used to locate the ring leaders. You will use six of the Mysterious Components to craft an item called the Rocket Radar, which can be equipped from your bag and will lead you to the Rocket leaders.

Prepare for trouble, trainers. Those who plan carefully, however, should have an easy time taking down each of the captains. Here’s everything you need to know about Rocket leader Arlo’s team in Pokémon Go.

This time around, Arlo has corrupted a Charmander and added it to its team. Being in its unevolved form, Charmander should not pose too much of a threat to trainers other than boasting an abnormally high CP.

Commonly-found Pokémon like Golem and Blastoise are perfect to take down the Lizard Pokémon without sustaining too much damage. But players should be readily aware of what else Arlo can have up his sleeve, meaning their lead of choice should be able to take on more than just his Charmander.

Players may want to consider Mega Evolving a Blastoise, Gyarados, or Charizard before their battle with Arlo since these Pokémon will take negligible damage from Charmander and be able to contend nicely with the rest of his team.

There are three different possibilities Arlo could have for his second Pokémon:

Salamence is back on Arlo’s team and ready to tear through players’ teams as soon as they take down his Shadow Charmander.

This Pseudo-Legendary Dragon/Flying-type Pokémon from the Hoenn region can completely run through teams with moves of multiple types, even those that work well against its natural counters. Unfortunately for players, if they take down Salamence with a Dragon, Ice, or Fairy-type Pokémon, all of Arlo’s third-slot options are prepared to take those types down.

Therefore, players should opt for Pokémon that have access to moves of these types, particularly Ice since it is four-times super effective on the Dragon Pokémon. As previously mentioned, Mega Blastoise works very well here thanks to its access to Ice Beam, while also serving as a great counter to all of Arlo’s third Pokémon options.

Joining Arlo’s team for July is Mawile, a dual Steel-and-Fairy-type Pokémon. While it may look less menacing compared to Arlo’s other Pokémon, its access to powerful moves of multiple types can surprise players who look to exploit its weaknesses.

Mawile has access to nearly all of the elemental Fang attacks, aiming to adequately cover its glaring Ground-type weakness. Luckily for players, it does not have access to any moves that shut down Fire-types easily. Bringing a strong Fire-type like Heatran, Reshiram, or even a Mega Charizard can fell this foe handily.

Another returning Pokémon, Scizor is fast and hits like a truck with moves like Iron Head and X-Scissor. This time, players will face Scizor in Arlo’s second slot and should look to take down this Pokémon rather quickly.

The good news is any decent Fire-type Pokémon can beat it, and as long as your Pokémon resists Bug, Steel, or Dark-type attacks, you should be good. Its Bug and Steel-typing make it four-times weak to Fire-types, so most options that work well against Mawile will also work well here. This emphasized weakness also makes it so that other, more common Fire-types can get the job done, such as any of the Fire-type starters, Arcanine, and Camerupt.

Likewise, Arlo has the potential to have one of three Pokémon for his final team member, including two that players should be very familiar with by now.

Gardevoir returns as one of the most powerful members of Arlo’s team, this time as a possibility in the third slot.

Gardevoir hits like a truck and has some decent coverage with Charge Beam and Shadow Ball added to its Psychic/Fairy-type movepool. At this point in the battle, players’ teams are likely already low on HP, so it’s best to come into this final fight with something that can tank Gardevoir’s high attack with ease.

Melmetal and Metagross are the most efficient options for dealing with Gardevoir with their powerful Steel-type attacks, as well as the fact that they resist both Psychic and Fairy-type attacks. For players who don’t have access to these Pokémon due to their rarity, other Steel-types like Magnezone, Steelix, Aggron, and Scizor can also get the job done but lack the tools that these other powerful Pokémon have.

Steelix is a more surprising option for Arlo in his third slot compared to the Steel-types he’s used in the past but one that players should be cautious of regardless.

The Iron Snake Pokémon has access to Thunder Fang as a Fast Attack to deal with its Water-type weakness, but its low attack stat means this move won’t be dealing as much damage as players may expect. Its sky-high defense stat is where players may find difficulties, however.

If players brought Mega Blastoise into this fight, taking down Steelix should be a breeze. Players can also bring Pokémon like Kyogre and Swampert into this fight, who have decent defenses on their own.

Shadow Charmander wasn’t enough to appease the appetite of Arlo. As one of the options for his third Pokémon, Arlo can also bring out a Shadow Charizard in a final effort to take players down.

Charizard’s high attack stat makes this a different fight from taking down Charmander. The Flame Pokémon has access to some of the most powerful Fire-type attacks in the game that, when combined with its nature as a Shadow Pokémon, can deal massive damage even to Pokémon that resist the Fire-type.

Once more, powerful Water-type Pokémon like Mega Blastoise, Mega Gyarados, or Kyogre can handle what Charizard will dish out. If players opted to bring a Rock-type Pokémon like Rhyperior into this fight, it will take down Charizard even quicker due to its four-times weakness to the type.