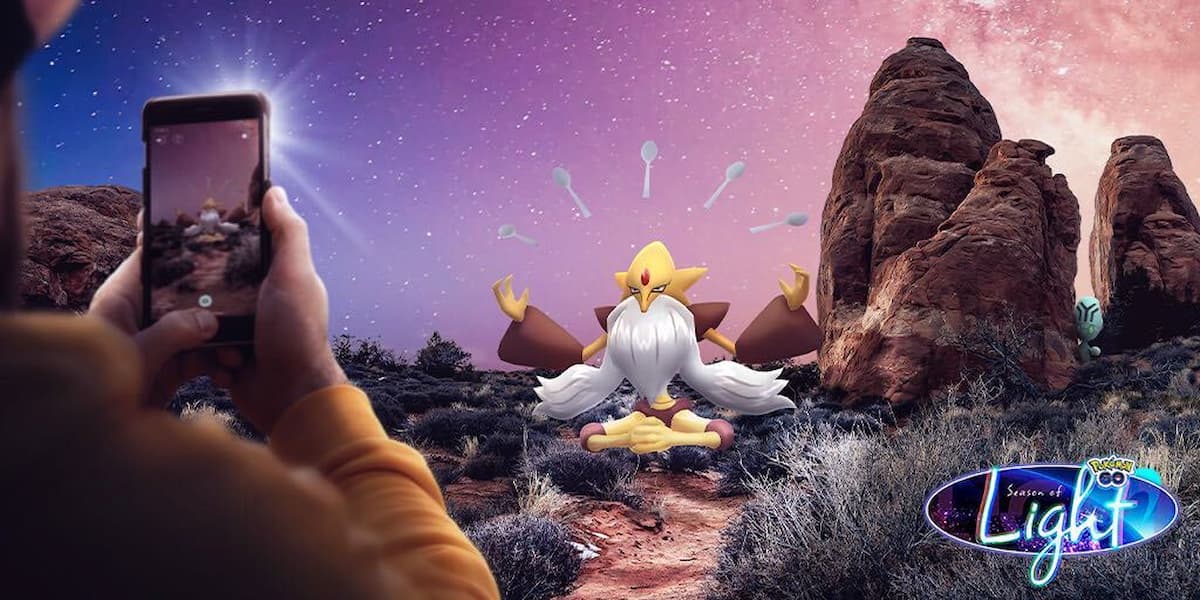 The Psychic Spectacular is back for a third straight year in Pokémon Go, bringing with it Mega Alakazam and a number of other rare Psychic-types for players to encounter.

Running from Sept. 6 to 12, Mega Alakazam will be making its debut in the game through Mega Raids. Deoxys will be returning to raids during the event too, giving players another chance to catch the Mythical Pokémon in all four of its forms.

Kadabra, Kirlia, Gothia, Elgyem, Solosis, and more Psychic-type Pokémon will be appearing in the wild more frequently throughout the event. Players who catch an Alakazam or evolve a Kadabra during the event will gain access to the Charged Attack Psychic.

There will also be a Deoxys Raid Day during the event on Sept. 11. It will run from 2pm to 5pm local time for all players and include Deoxys appearing in raids more frequently, along with a chance for players to earn five additional daily Raid Passes.

Here are the full event details surrounding encounters and Pokémon:

All content included in the Pokémon Go Psychic Spectacular 2022