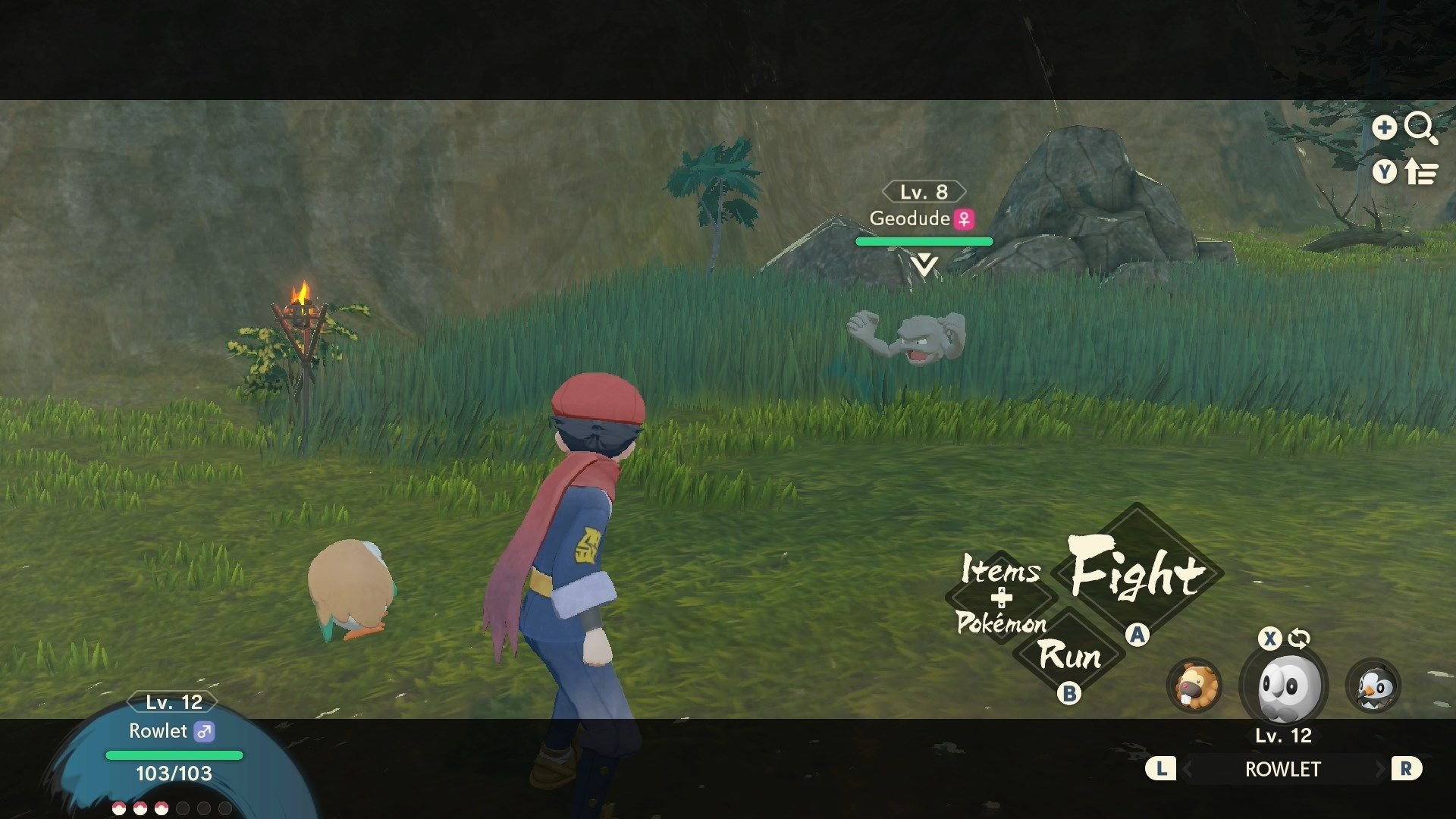 Trade evolutions have been completely removed in Pokémon Legends: Arceus, giving some Pokémon new ways to achieve their final evolutions. Many of these Pokémon first appeared in the Kanto region in Pokémon Red and Green, where the Link Cable was a major factor in how players interacted with one another.

One of the Kanto Pokémon impacted by this major change is Graveler, which previously required trading to evolve into Golem. This premise remained true in its Alolan form, though Alolan Geodude, Graveler, and Golem are unobtainable in the Hisui region. The only way Graveler can evolve in Hisui is through the new Linking Cord item, looking reminiscent of the real-life Link Cable that many players used to use to connect their Game Boys.

The Linking Cord, appearing very futuristic and completely foreign to Hisui, can only be found in two locations, and is incredibly difficult to obtain. Through the Lost and Found feature, players can acquire Merit Points by collecting Lost Satchels, which can be traded in at the Trade Post in Jubilife Village for evolution items such as the Linking Cord. The Linking Cord costs 1,000 MP, but other evolution items can cost upwards of 1,400 MP, requiring players to grind.

Players can also find the Linking Cord in space-time distortions that appear randomly around Hisui. Like the distortions, however, the item is not guaranteed to appear.

Related: How to spawn space-time distortions in Pokémon Legends: Arceus

Once players obtain a Linking Cord, they can use it from their satchel on Graveler. The option to evolve it will then appear. Since this item is a consumable, using it to evolve Graveler into Golem will expend it, requiring players to obtain another Linking Cord if they want to evolve another Pokémon.

It is unclear whether the Linking Cord item will appear in future installments in the Pokémon series.