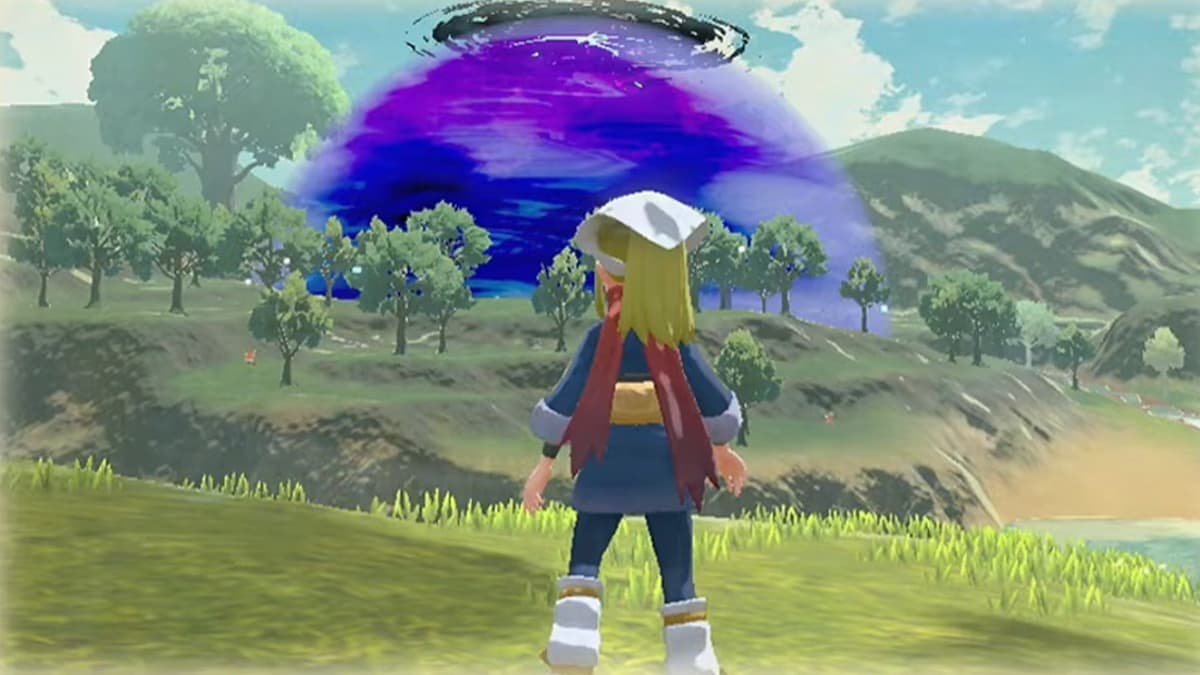 Outside of changing the battle system and bringing Pokémon to life in new ways through its overworld, Pokémon Legends: Arceus also added in a unique encounter mechanic that uses the lore of the game to explain a way of providing players with rare encounters.

Occasionally, when traveling throughout the Hisui region, you can occasionally receive notice of an event called a space-time distortion beginning to form.

When this happens, you’ll have around five minutes to reach the area where the distortion is set to appear. They’ll be marked on your map with a distinct icon after you are informed. You can clearly tell where it will form once you get close because a large dome made of refracting colors will be visible before being turned multiple shades of purple when fully formed, which you’ll also be notified of.

Spawn times for these zones are random but appear to be affected by how active you are in the game doing things such as collecting resources or battling Pokémon.

These space-time distortions are part of the reason your character has dropped into the ancient version of Sinnoh. And when they appear on the map, they tend to bring with them some interesting Pokémon that can only be found inside. Many of them will only be obtainable through this method too, such as Johtonian Sneasel, Porygon, and Magnemite. The Hisuian starters—Cyndaquil, Rowlet, and Oshawott—can also be found here but only in the post-game.

You’ll need to be careful when you explore a space-time distortion since the Pokémon that spawn within are powerful and often aggressive, with levels that can rival or surpass your own party. But going inside the zones can reward you with rare item spawns and encounters with those rare Pokémon, too.

Rare items will spawn within the space-time distortion as soon as it begins, followed quickly by the Pokémon that will try and attack you. These items can be anything from Stardust and Comet Shards to evolution items.

You’ll want to run around and grab the items while avoiding attacks first before trying to battle or capture the rare Pokémon. Stronger Pokémon will take a bit longer to spawn in, so you have a brief window of time to run around without any real threats because the static spawns that occur are usually fairly manageable.

The stronger spawns appear in groups of three, with all of the Pokémon being rare but very aggressive and ready to gang up on you. You can battle them or sneak around to try to pick them off.

As long as you approach each space-time distortion cautiously and are ready to use your surroundings to get out of sticky situations, each spawn should net you some good items and help you complete your Pokédex, too.