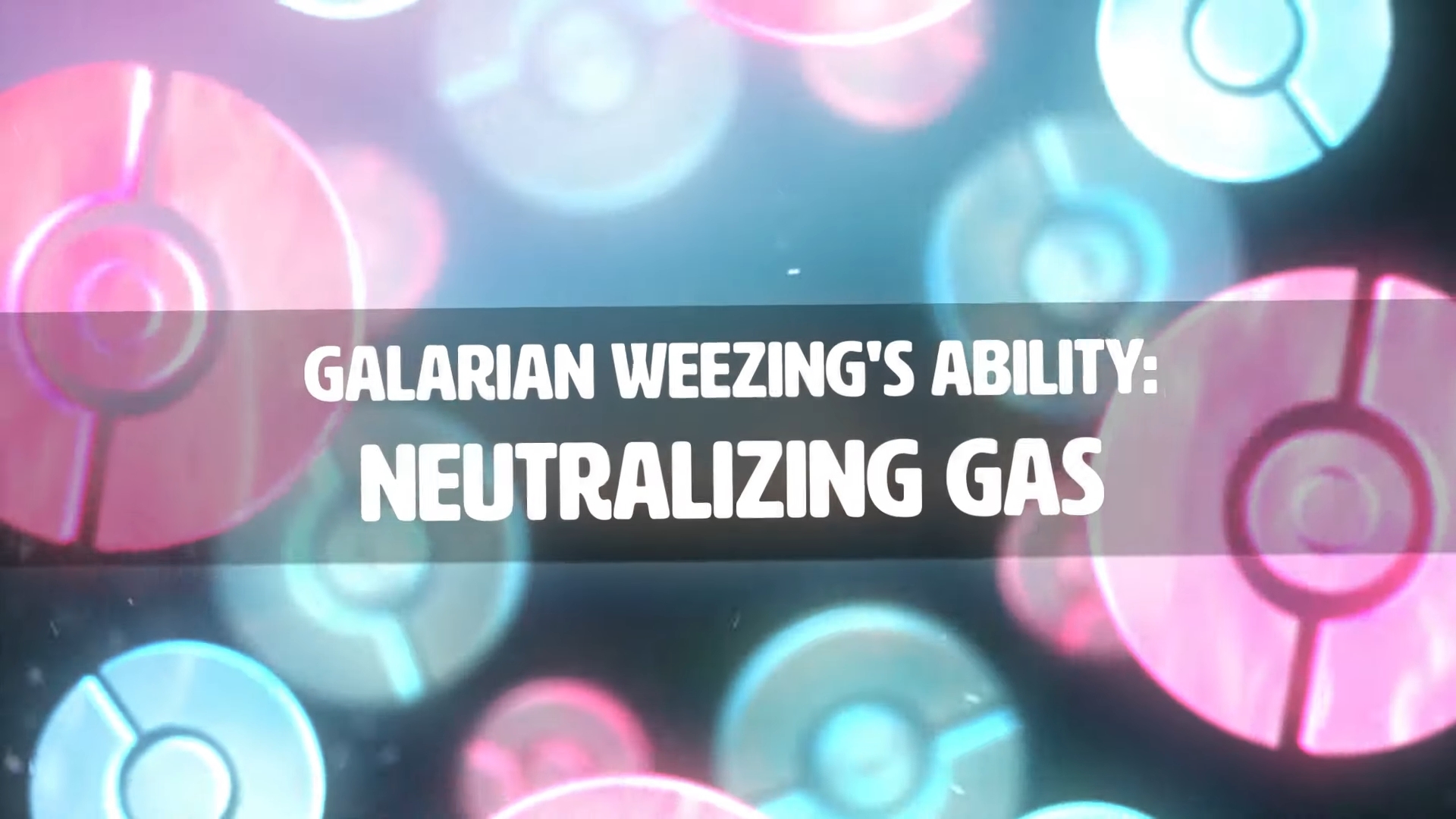 There was a lot of news that came out of the first day of the Pokémon World Championships, but the reveal of Galarian Weezing’s new ability has the competitive community bustling with ideas.

The smokestack-toting Poison and Fairy-type Pokémon is carrying a new ability called Neutralizing Gas, which will completely neutralize the abilities of any Pokémon that shares the field with it.

The main use of this ability will be for getting around annoying abilities that your opponent’s Pokémon might have while playing through the game or in a wi-fi battle. But the competitive community is already shaking at the thought of how this single announcement could potentially shape a large portion of the Pokémon Sword and Shield meta.

Negating abilities that place weather effects is one major aspect of Weezing’s usefulness, but since Sword and Shield likely won’t have Primal Groudon and Kyogres running around, there are better techs available.

What everyone is both excited and worried about is the potential pairings Weezing can now anchor with Pokémon infamous for their crippling abilities. Just to name a few: Archeops, Slaking, and the legendary Regigigas.

Those three names are the prime suspects that will be tested along with the air-filtering Poison-type because their abilities will no longer be a hindrance for their massive stats.

Archeops is usually useless in most scenarios because, despite its insane attack and speed stats, the revived fossil always had to deal with Defeatist, an ability that halves the user’s attack and special attack stats when the Pokémon’s HP is equal to or less than half of its maximum health.

Likewise, Regigigas’ Slow Start ability halves its attack and speed stats during the first five turns in battle. That five turn counter is also reset if the legendary is swapped out from the active field, so that makes it an easy target for forced swapping moves like Whirlwind.

Even Slaking, who has a massive attack stat of 160 is hindered by Truant, which forces the Pokémon to rest every other turn, leaving it unable to do anything.

Without these awful abilities, all three of these Pokémon would be much more viable in the competitive scene. And now, thanks to Galarian Weezing, their time might come in the Sword and Shield VGC meta.

This doesn’t guarantee anything will actually come from these potential combinations since no one can actually test them until the game releases on Nov. 15. It also isn’t confirmed that the bad ability trio will be included in Sword and Shield, so that’s another factor to watch.

The main point here is that Pokémon Sword and Shield are looking to be a much different competitive scene than what we have all grown accustomed to during Ultra Sun and Ultra Moon. Hopefully, this fresh meta will breath new life into VGC.