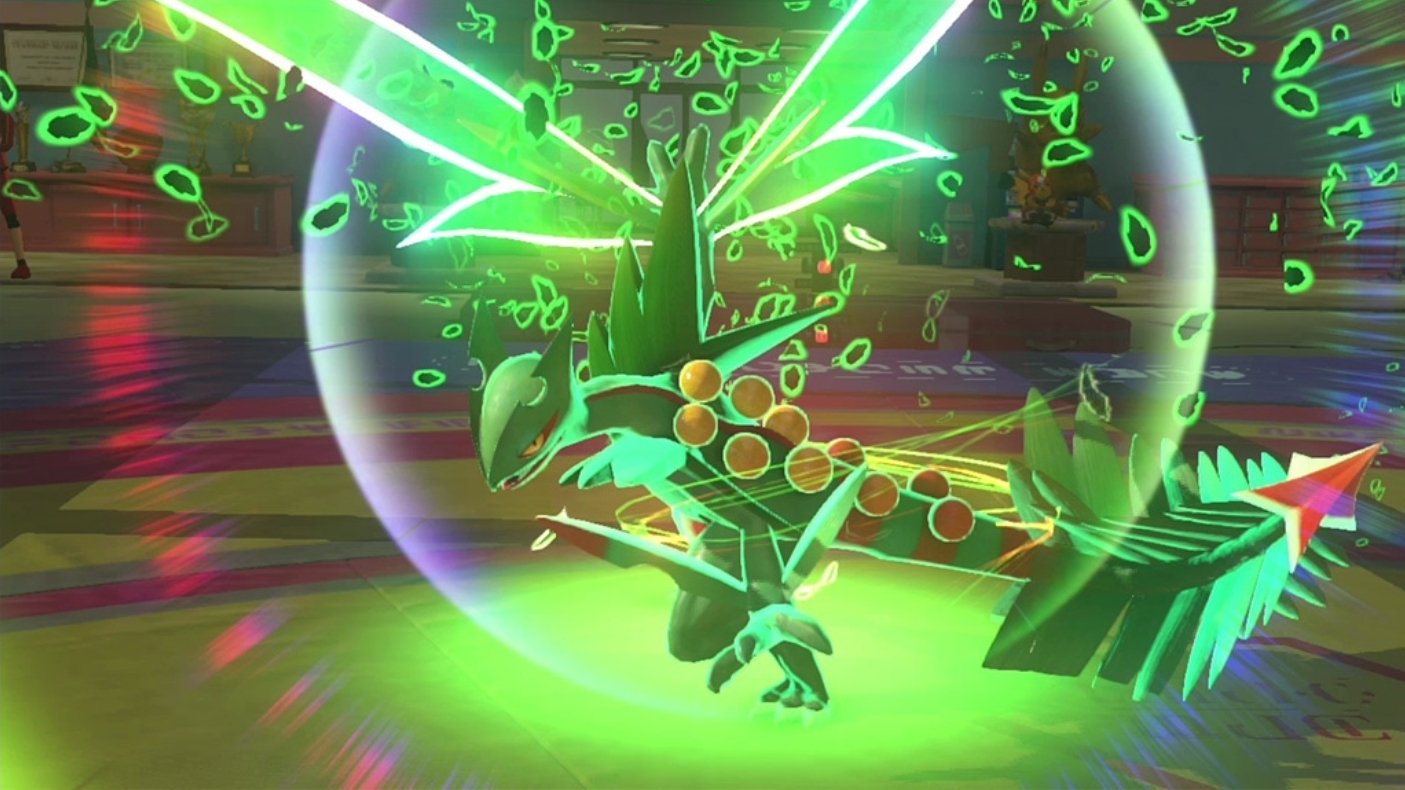 In nearly every Pokémon title, players start with a tough decision: which starter do you choose? Between Grass, Fire, and Water, each starter has many innate strengths and weaknesses associated with its type, usually becoming much stronger as they grow into their evolved forms.

The Grass-type, in particular, is a somewhat overlooked type in the Pokémon series due to limited availability, skewed move pools, and an over-reliance on checking for weaknesses that other types do not struggle with as severely. Yet, this type has some of the most elegant and powerful Pokémon currently available, many of which stride in battle with access to various moves that can damage and inflict status conditions on foes.

All Grass-type Pokémon share the unique quality of being unaffected by powder moves, such as Sleep Powder, Poison Powder, and Stun Spore. They also gain bonuses with moves like Rototiller that work exclusively on them, or abilities like Flower Veil that protect all Grass-types in a player’s party from status conditions.

Yet even with so many positives, Grass-type Pokémon suffer from having some of the most weaknesses of any type, often making it difficult to use them effectively. Here are all the weaknesses of the Grass-type in the Pokémon series.

Moves like Incinerate and Flamethrower can be learned by various non-Fire-type Pokémon, making it difficult for Grass-type Pokémon to head into fights blind efficiently. Players may be surprised that even Pokémon like Steelix, Octillery, and Slowbro can learn Fire-type attacks when Grass-type moves would be otherwise useful against them.

Nearly every generation of Pokémon has an early bird that players can encounter in the first patches of grass they venture through. While many of these don’t have access to Peck or Gust until around level ten, they also deal super-effective damage against Grass types, who do not-very-effective damage back.

If players find themselves staring at a Flying-type Pokémon on the opposing team, it’s best not to utilize Grass-type Pokémon, rather save them for dealing with Pokémon of other types. But if players use Flying-types to take down Grass-types, invest in moves like Brave Bird, Drill Peck, and Hurricane.

Multiple Pokémon games have players traverse through forests filled with Bug-type Pokémon. Unfortunately, trainers that opted for a Grass-type starter may have difficulties getting past Bug Catchers and their many critters.

The Bug-type is only super-effective against Grass-types, Psychic-types, and Dark-types. Yet unlike the latter two types, Grass-type moves are not very effective against Bug-type Pokémon, giving Grass-type Pokémon a major disadvantage when taking them on. Players may be surprised that even a Butterfree or Vivillon can quickly tear through their teams with moves like Struggle Bug and Bug Bite.

Luckily for players, Bug-type Pokémon are some of the frailest in the game, despite so many reaching their final forms within 20 levels. The Bug-type moves they gain access to may increase in power, such as Bug Buzz, Leech Life, and X-Scissor, but they maintain their relatively-low defenses. However, Grass-type Pokémon may continue to struggle unless they have type coverage.

For a long time, the Poison-type went relatively underused in the Pokémon series. Though no shortage of Pokémon are part-Poison-type, most Pokémon with a weakness to Poison have other weaknesses that can be more easily exploited.

Then, in 2013, the Fairy-type was introduced, of which Poison is one of its only two weaknesses. Since then, it’s become increasingly common to see Poison-type Pokémon and moves on teams of in-game trainers and real players.

These moves also have the potential to poison Grass-types, who can take double damage from Venoshock, or have their stats lowered immensely by Venom Drench. Since Grass-type attacks are not very effective against Poison-type Pokémon, it’s best to bring a Ground-or-Psychic-type Pokémon in their stead.