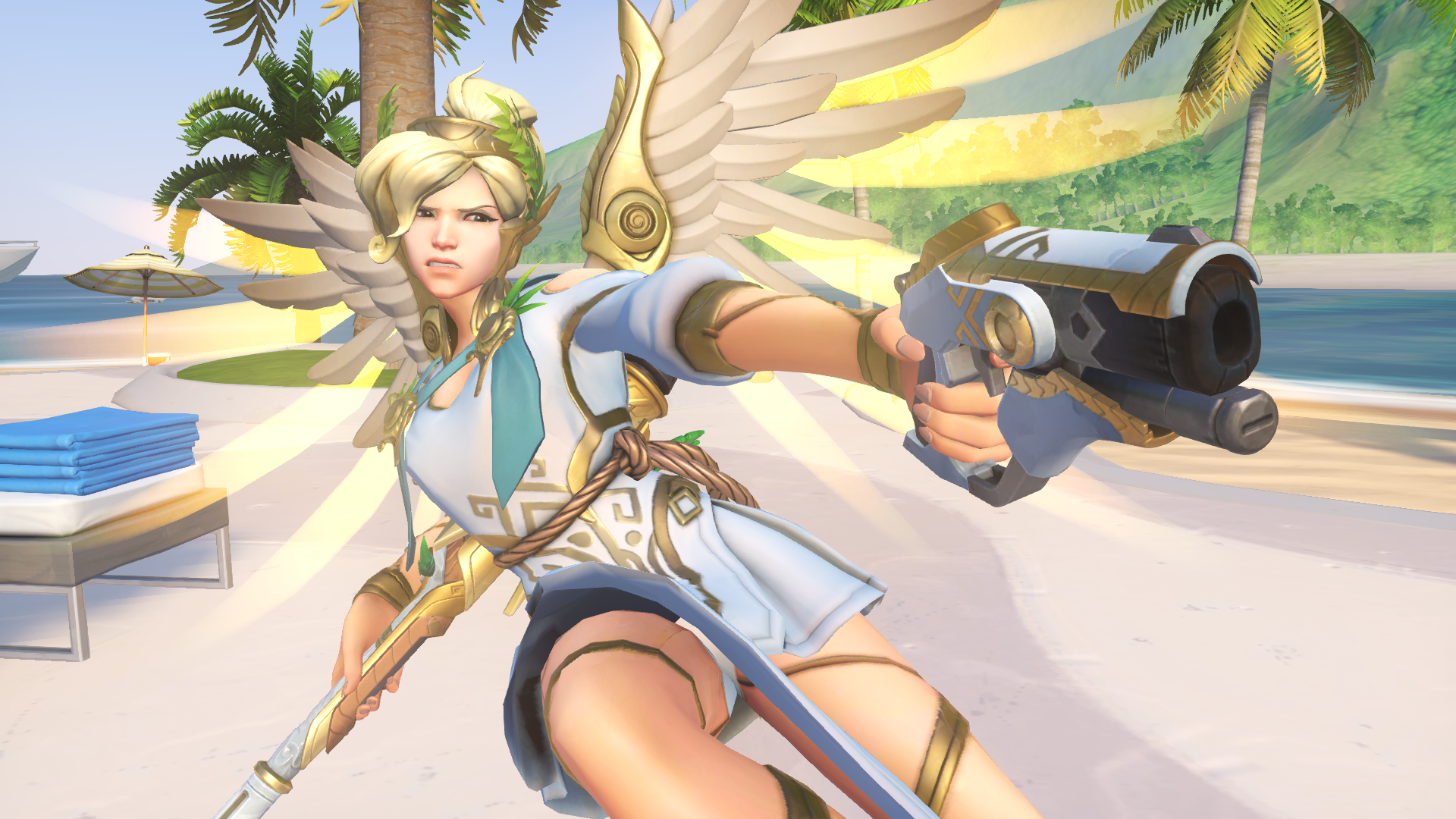 Sheila, one half of a cosplay duo called Aicosu, created the Mercy skin in just four days, she wrote on Instagram. The outfit is not only an exact replica of the in-game skin—the wings move, too.

Wing movement is attached to her arms. When she moves them down, the wings spread. A most impressive display, that’s for sure. Sheila wrote that she used a base pattern for Mercy wings, and modified them a bit to make them move. She’s made Mercy cosplays before, including the original Overwatch team outfit and a badminton player variation.

Because she’s spent so much time creating the Mercy cosplay, she apparently hasn’t even been able to unlock the skin itself in-game. But when you’ve already got it in real life, do you need it in-game?