Which team should you root for in the Overwatch League?

New to the league and don’t have a favorite team? We’ve got some options. 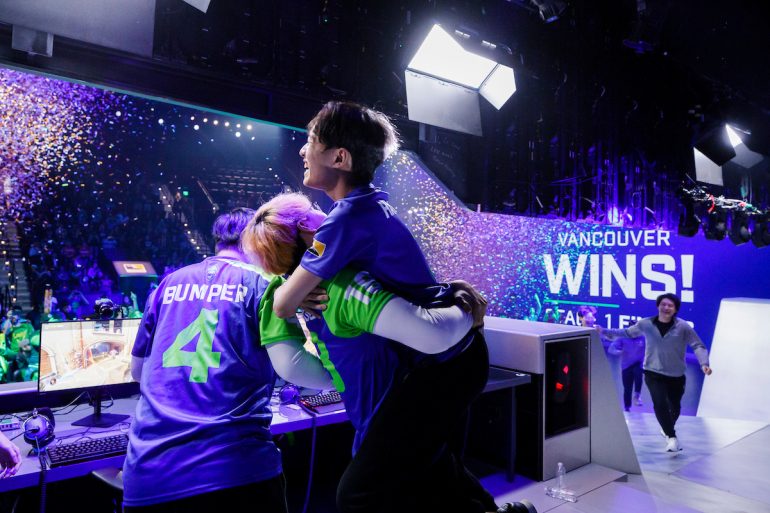 The Overwatch League is a massive sporting organization with 20 teams and over 180 players. For new fans, choosing a favorite team out of these options can be overwhelming.

Traditional sports, like baseball or basketball, have the advantage of localized teams and decades to influence new fans to come to their side. The Overwatch League is nominally local, too, but functionally not so much—it’s only had one homestead so far, in Dallas. Most of the games have been played in Blizzard studios in California.

While many Overwatch League fans tend to gravitate to a team because of a specific player or play style, it’s hard to figure that out as a new fan. Think about what you prioritize in a team and consider some of the options we’ve picked out.

Some people want to bet on a winning horse. We understand. The Vancouver Titans are a team built around the former roster of Overwatch Contenders Korea champions RunAway. Their players have a cohesion that only comes from playing together for years. Many analysts and fans consider them to be the best at the popular triple-triple composition, which relies on coordination. They also secured a first stage playoff win and went undefeated in the league—until the stage two playoffs, which they lost to the San Francisco Shock.

Despite having a rocky start in the first season of the Overwatch League, the Shock have shown that they’re here for glory in season two. They completed the league’s first “golden stage” by not losing a single map throughout stage two. The team credited their ability to learn from their mistakes as a reason for taking the stage two championship. Shock’s players are young, talented, and full of charisma — perfect for fans new to the league.

Last year, the New York Excelsior ruled the regular season of the Overwatch League. They’re the only team in league history thus far to take home two stage championships. With a stacked team of superstars, including inaugural season MVP Bang “JJoNak” Sung-hyeon and expert main tank Kim “Mano” Dong-gyu, the NYXL have no shortage of draws for new fans. While they’re currently ranked second in league standings, they’ve shown they can bleed. This season, they’ve lost matches to multiple teams (Seoul Dynasty, Atlanta Reign) that, in theory, should have been easy wins for them.

Similarly, the London Spitfire are trying to gain back their former glory. The season one champions demolished their competition last year on the backs of star players like clutch DPS Park “Profit” Joon-yeong. This year, they’ve struggled; stage one was rough for them as they grappled with the triple-triple meta. The London Spitfire have managed to climb their way back to fourth place in overall league standings thanks to outsmarting and out-coordinating other teams. Both the New York Excelsior and London Spitfire arguably have the best chances of “dethroning” the San Francisco Shock or Vancouver Titans this season.

If you want to be entertained

Winning isn’t everything. Sometimes, it’s about how much fun you’re having. Ask the Houston Outlaws. They’re the team that could most likely moonlight as a boy band and have the crowds of fans to prove it. The Outlaws are smart, charismatic and yes, pretty handsome. Multiple members of the roster have actually modeled, like DPS Jacob “JAKE” Lyon and support Shane “Rawkus” Flaherty (for gamer clothing brand Ateyo). With a 3-11 season record before stage three, they’re the picture-perfect lovable, “down on their luck” team many new fans will fall for.

Imagine a sitcom about esports. Whatever you just imagined, the Philadelphia Fusion are the closest to that image. Not only are they successful, coming second in last season’s Grand Finals, they live a weirdly entertaining daily life. All of the players, from eclectic French offtank Gael “Poko” Gouzerch to silent-but-deadly DPS Lee “Carpe” Jae-Hyeok, live in a mansion. The mansion includes a patio, pool, and even a treehouse. Their personal chef, Heidi Marsh, makes multiple daily meals for the team and posts her delicious creations. Following the Fusion is like keeping up with a reality show, but it’s worth the effort.

If you’re just here for the jerseys

Tired of teams with boring color schemes? The Hangzhou Spark are here to save you. When the Spark were introduced this season, they made the absolutely genius decision to go for a bright pink and blue color scheme. While it was controversial given the “feminine” nature assigned to pink, it’s paid off in spades. Main tank Xi “Guxue” Qiulin had one of the best-selling jerseys of stage one. When the Hangzhou Spark play at the Blizzard Arena, the entire stadium is lit up in cheerful pink. With an eighth-place standing in the league, they’re also pretty good at the game.

Every sport has a delicious rivalry. The “Battle for LA” happens to be the best one in the Overwatch League. Los Angeles is the only city in the league to have two teams and they’re constantly fighting for dominance. Most fans are encouraged to choose between the green, gold wings of the Los Angeles Valiant or the purple shields of the Los Angeles Gladiators.

Since the Blizzard Arena is located in Los Angeles, the crowds are huge and absolutely wild every time these two teams play each other. This season, the Gladiators are having a significantly better run (9-5) than the Valiant (3-11), but that doesn’t stop the trash talk between fans.

These two teams were introduced in the second season of the league and committed themselves to representing the region their team originates from. The Chengdu Hunters opted for a team full of talent from Overwatch Contenders China, like Wrecking Ball expert Ding “Ameng” Menghan and DPS Yi “Jinmu” Hu. Multiple members also represented China in the Overwatch World Cup 2018. The Hunters have built a reputation of running their own unique team compositions — a classic hallmark of Chinese Overwatch that’s endlessly entertaining to watch.

The Paris Eternal took a similar approach, priding themselves on building a team solely from European talent. They recruited players from existing Overwatch League teams, such as DPS Terence “SoOn” Tarlier from the Los Angeles Valiant and George “ShaDowBurn” Gushcha from the Philadelphia Fusion, in addition to signing multiple members from European Contenders teams. The Eternal is a multi-national team with members from France, Portugal, the United Kingdom, Sweden, Poland, and more. Despite the fact that European teams perfected the triple-triple composition, they’ve struggled to transfer their skills into concrete wins this season.

If there were actual writers working behind the scenes to craft Overwatch League storylines, they wouldn’t have been able to make up the rollercoaster ride that is the Shanghai Dragons. During the inaugural season, the Dragons were the only team in the league to not win a single game. By stage four of season one, everyone was hoping for the Dragons to take a win. Over the season hiatus, the organization gutted nearly the entire team and took on talented players from South Korean Overwatch Contenders team KongDoo Panthera.

It took a few weeks into the second season, but the Shanghai Dragons secured their first win in the league against the Boston Uprising. They’re on an upward trajectory and made their first playoffs in the second stage of this season. A bonus for this underdog story? There’s actually a dog involved. Main tank Noh “Gamsu” Yeong-jin regularly posts about his adorable puppy, Uni, motivating the team.

If you’re the person that bets on the horse with 0-240 odds for maximum satisfaction when they finally get a win, the Florida Mayhem and Washington Justice are the teams for you. The Florida Mayhem struggled during the first season of the Overwatch League and haven’t managed to improve their luck this season — they’re currently dead last in league standings. The team has undergone a radical overhaul, fully converting to an all-Korean staff and roster. These changes are a welcome sight that the organization is making plans for the future. For Mayhem fans, that means hopes that the team can surpass their 1-13 season record.

The Washington Justice is another team on an upward path after an unlucky run. The expansion team experienced two tough stage schedules in a row and seemed to suffer from a lack of coordination. After stage one, the Justice acquired main support Hong “ArK” Yeon-jun from the New York Excelsior and flex support Nikola “sleepy” Andrews from the San Francisco Shock. Both players have a history of stellar shot-calling and analysis, and it’s given the Justice hope for the future.