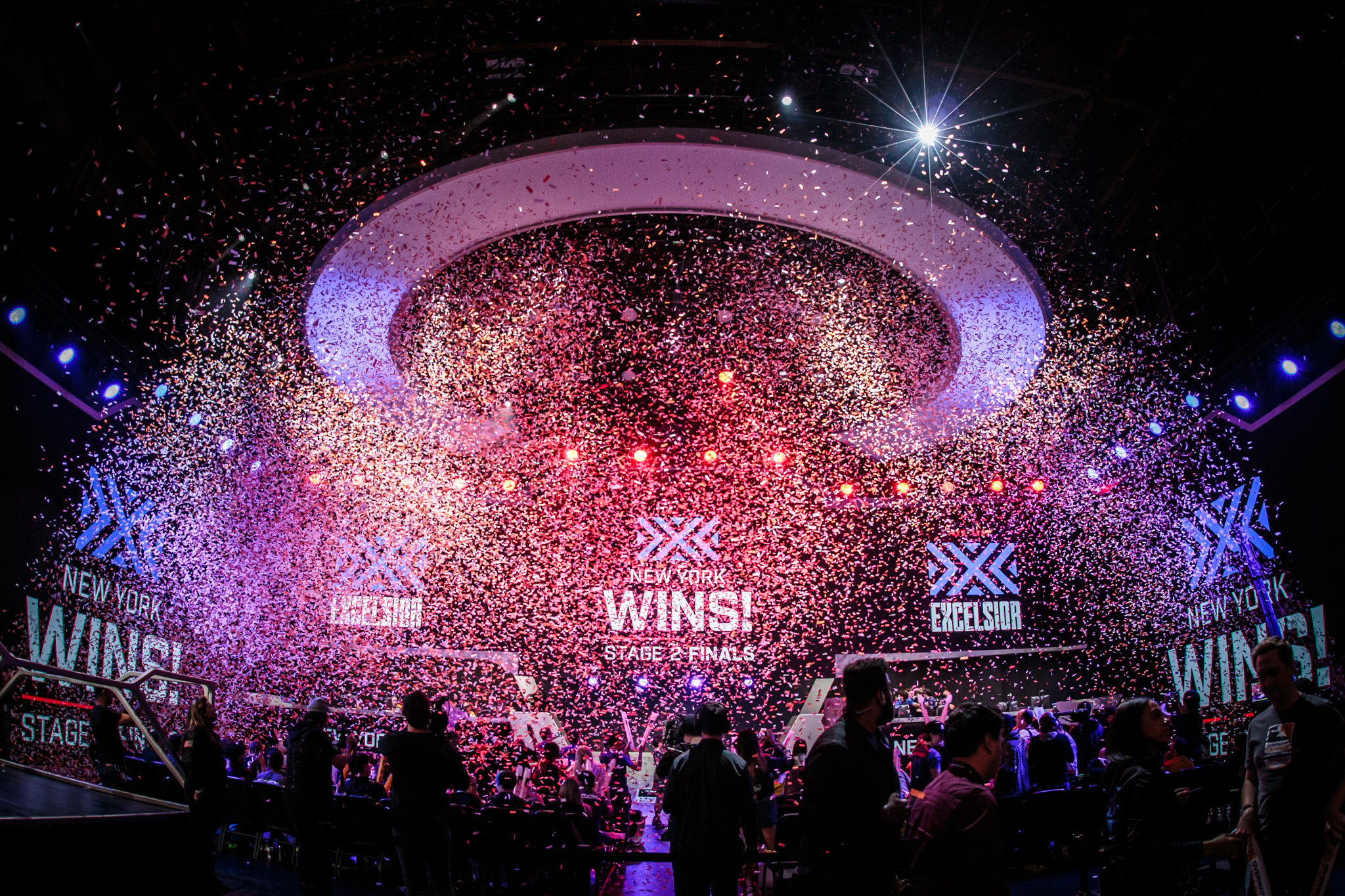 The Overwatch League is making its debut on network television this weekend, with the Stage One playoff semifinals and finals being aired on ABC in a desirable afternoon time slot. While longtime fans are excited, this also means that new viewers will be tuning in and asking themselves a very important question: What is going on here? If you’re skipping out on college basketball and wondering what’s happening, we’re here to help.

Overwatch is a multiplayer, collaborative game in which two teams of six players each compete against one another to complete a series of objectives. Objectives might include capturing an area on the map or escorting a large cart to a set location. The players complete the objectives using characters, known as “heroes,” that have a variety of unique abilities. Each of the 30 heroes available in the game has a set amount of health and can be eliminated when their health reaches zero. After that, they must wait a set amount of time to rejoin their team in the fight.

Heroes are typically split into one of three categories: Damage, Tank, or Support. Damage heroes, also commonly called DPS (Damage Per Second) heroes, use their abilities to reduce the health of (and hopefully eliminate) their enemies.

Tank heroes absorb or shield incoming damage to protect their team, while Support heroes heal or armor their teammates to keep them alive and in the game.

The most important ability each hero has is referred to as an “ultimate” ability, which is a powerful move built up over time. These ultimates involve things like team-wide stuns, removal of enemy abilities, and massive damage or healing.

Overwatch, on a competitive level, is about cooperating with teammates to select the right heroes, use ultimates wisely, and outsmart the other team.

With 188 players and 20 teams from across the globe, the Overwatch League is an international league of professional gamers who play at the highest level. This is the second season of the Overwatch League, in which teams are competing for a total of $5 million in prizes.

Each season of the league is divided into four “stages,” which are like mini-seasons with their own individual stage playoffs. At the end of all four stages, the season playoffs begin, and a season champion is crowned.

Each Overwatch League match consists of four maps—think of them like innings or quarters—that have distinct objectives for teams to complete. Winning a map earns a team one point, while draws or losses earn no points. The team with the most points at the completion of the four-map series wins the match.

The most common scorelines are 4-0 and 3-1, although if the teams are tied at the end of four maps, they play a fifth map as a tiebreaker.

Every match in the Overwatch League includes the map types in the same order (stage two will slightly alter this) that each have different objectives that must be completed in order for teams to win.

Control is always the first map type played. Both teams fight to control a single objective, like a town square or temple, for a set amount of time. Each team must stand on the objective with no enemy players present to “unlock” it. After the objective is unlocked, a percentage rises to indicate how much of the objective a team has captured.

The first team to get the objective to 100 percent earns a point. Up to three mini “rounds” of Control are played. Two points wins a team this map.

In Escort, the offensive team has the objective of moving a cart, known as the “payload,” from one end of the map to the other. They can move the payload by standing on or near it as long as no opponents are also touching it.

The attacking team has a set amount of time to hit two checkpoints (worth one point each) and bring the payload to the end of the map, which gains a final third point. The defenders try to stop the payload from advancing.

After the attacking team runs out of time or completes all three checkpoints, the map resets, and teams switch sides. The goal is to move the payload farther than the opposing team did in their attacking round.

Hybrid is a mix of Control and Escort. One team is labeled the “attackers,” who have to capture an objective and then escort a payload to set checkpoints. The other team is the “defenders,” who have to prevent the attackers from completing these goals.

Capturing the objective gains one point, hitting a checkpoint gains a second point, and moving the payload to its final destination gives teams a third point. Defenders try to eliminate (or delay) the opposing team. The attackers have a set amount of time to complete these goals, but they earn additional time at every checkpoint they hit.

If their time runs out, their attack stops, and the map resets. The team that was previously defending now has their chance to attack. The team with the most points at the end wins the map.

Assault involves teams capturing two objectives in order. Like in the Hybrid map, one team is designated as the attackers and the other is the defenders. The attackers have to stand in an objective “square” for a set amount of time to completely unlock it and gain one point. After capturing the first objective, a second objective that is closer to the enemy base is unlocked.

Each objective is worth one point. After teams earn two points or their time runs out, the map resets, and the teams switch places. This map type often goes into additional rounds since both teams are likely to take both objectives.

Whatever time a team had left over from their first attack rolls over into the next round of Assault—the more time a team has, often the more likely they are to win. The map continues for infinite rounds until time runs out for one team.

Each Overwatch League team has up to 12 players on a roster. Only six players are present on stage for matches, but substitutes for certain roles are always an option. Players can be substituted between maps. Each player in the Overwatch League has a certain specialty of heroes they play that align with the three kinds of heroes.

Main tank players specialize in the bulkiest of Overwatch’s tank heroes, such as the hammer-swinging knight Reinhardt. Since they’re a team’s main “protector,” they set the pace of how their team attacks. Flex tank players specialize in faster, more mobile tanks, such as Zarya, who shields allies and gains energy from absorbed damage. Together, main tanks and flex tanks ensure that the more vulnerable players on a team are protected.

Some players prefer to focus on keeping their teammates alive. Main support players specialize in characters that do the most healing, such as Lúcio, whose musical aura replenishes health. Flex support players use heroes that may do less overall healing but offer other benefits. Zenyatta, the Omnic monk who can heal but also tag an enemy to receive extra damage, is a good example. Support players are also likely to “shotcall” for their team, or direct their next moves. The heroes that supports play are integral to the team staying alive, so they’re most often targets to be eliminated first.

Many players in the Overwatch League are referred to as DPS players, who specialize in eliminating enemies as quickly as possible. These are the players who are most often recognized for game-saving maneuvers that involve eliminating multiple members of the enemy team and changing the pace of a fight.

One big consideration for now is that in the current “meta,” or best selection of heroes that players choose, DPS players are often playing flex tank or flex support roles.

Overwatch can be confusing, but if someone you know wants to watch a few games this weekend, hopefully this guide can help you understand some of the beautiful chaos on the screen.