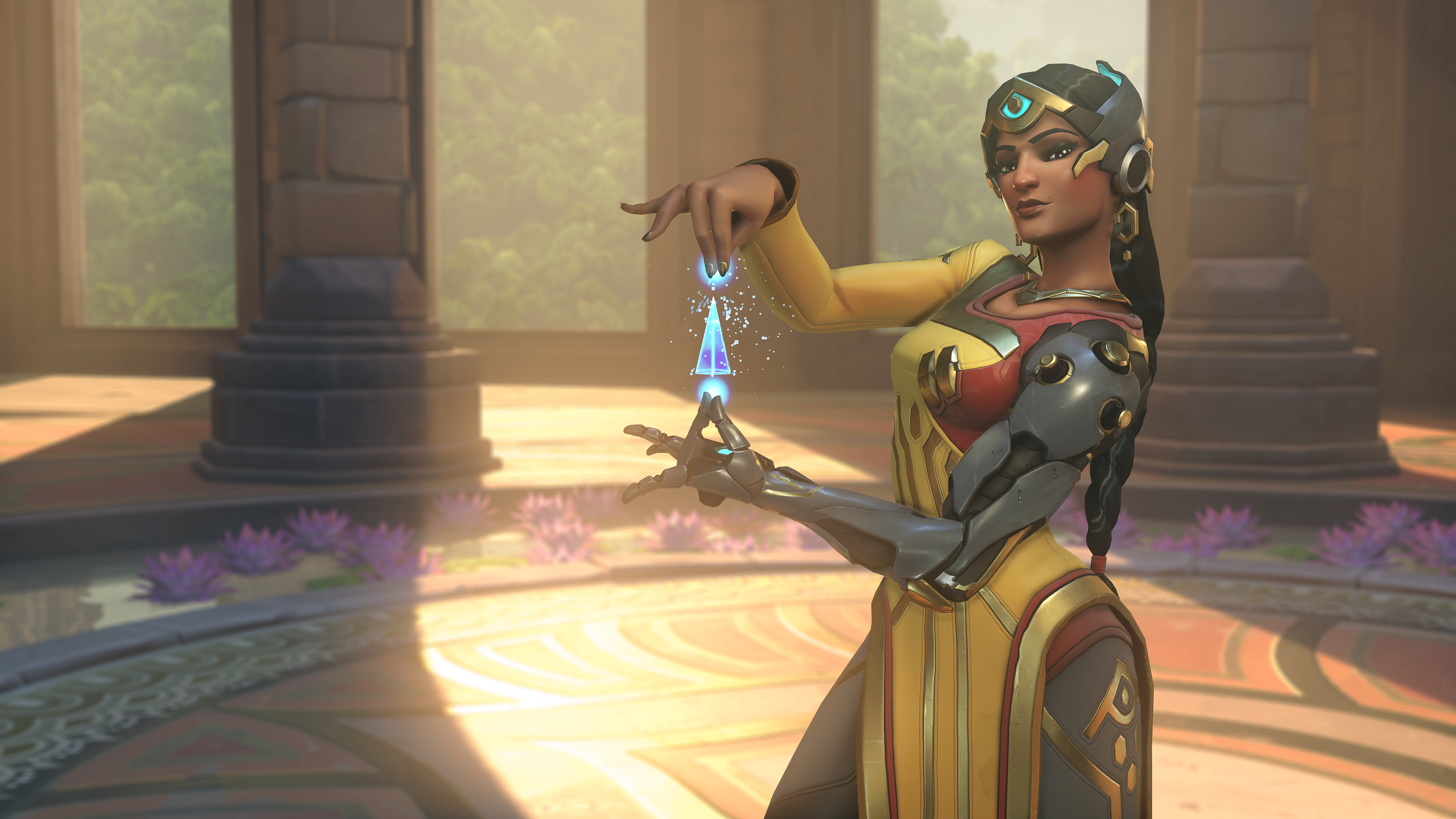 The challenge requires players to accrue wins to unlock unique Symmetra cosmetics that are only available throughout the event. Although the event skin hasn’t been officially announced yet, leaks indicate it’ll be based on the “Stone by Stone” short story released today.

This challenge will resemble past challenges like Tracer’s Comic Challenge or Bastion’s Brick Challenge. Players will have to win nine matches to unlock all the new cosmetics, with the final win earning them the skin. Those wins can be accomplished in competitive, quickplay, or arcade modes. Symmetra’s Restoration Challenge is the first challenge event that’s featured Symmetra unlocks.

The skin will feature a younger Symmetra, garbed in gold, with a unique hairstyle and headdress that hasn’t been featured on any of her previous cosmetics. The skin is based on the art design presented in “Stone by Stone,” a short story that was written by Christie Golden.

“Stone by Stone” takes a look at the backstory of both Symmetra and Zenyatta. It tells of a time when Symmetra, whose real name is Satya Vaswani, visited an omnic temple to address a broken statue that was damaged by the Vishkar Corporation. At the temple, she meets Zenyatta and is introduced to the ontological and religious teachings of the omnic temple. Throughout the tale, Symmetra is forced to grapple with her company’s culpability in insulting the omnic religion by harming the statue and asks hard questions about what she can do to make it right.

Symmetra’s Restoration Challenge will be available to play from Nov. 17 through the end of the month.