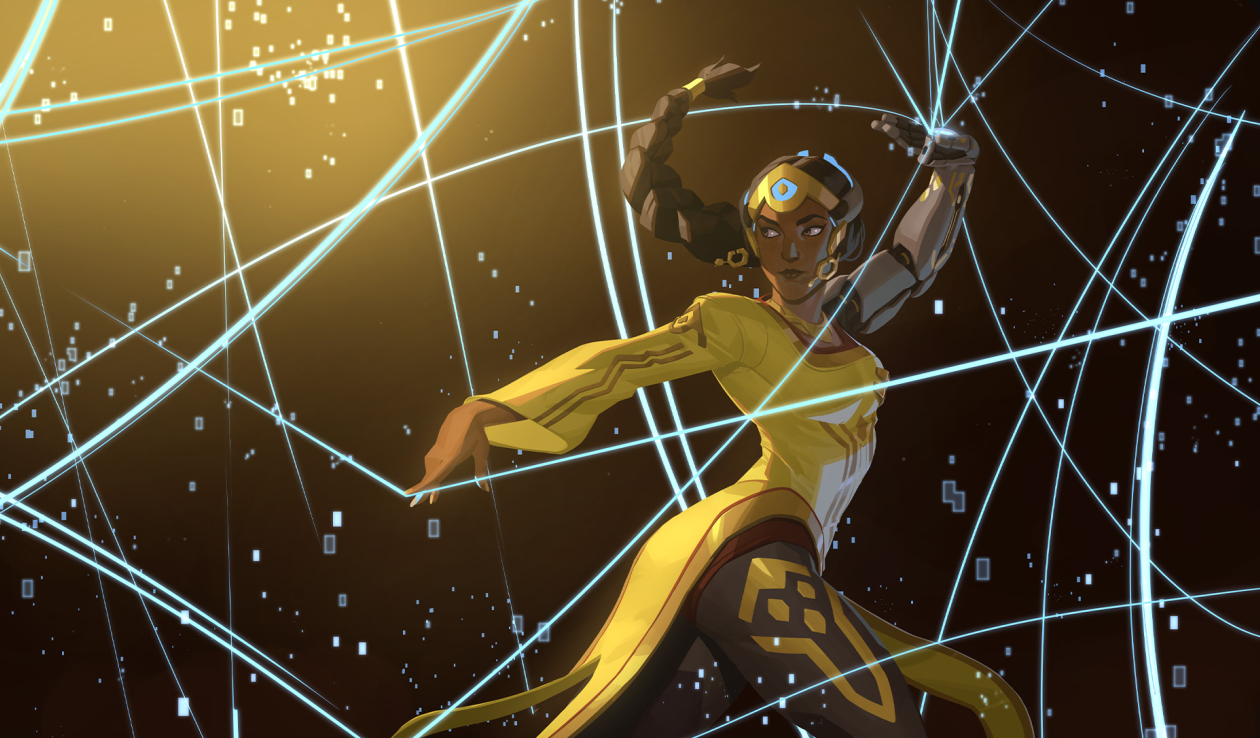 Most Overwatch fans are familiar with Symmetra’s deadly turrets, but a new short story aims to show audiences another side of the damage-dealing hero.

“Stone by Stone,” written by Christie Golden, stars Satya Vaswani, known by most Overwatch fans as Symmetra. After her employers destroy a holy site, Symmetra is sent to rebuild what they’ve broken. Along the way, she receives help from a familiar omnic and learns more about herself, her creativity, and the bonds all living beings share.

The story takes place shortly after Vishkar Corporation, the architectural company Symmetra works for, accidentally wrecks a holy site in the city of Survasa. Vishkar has been previously painted in Overwatch’s lore as a morally gray organization and the short story reinforces that angle by insinuating the company is inconvenienced by their own mistakes.

To assuage Survasa’s anger and avoid negative PR, the company volunteers Symmetra to head to the city’s temple and suss out a proper “repayment” for Vishkar’s negligence. While most of the residents refuse to cooperate with her, one omnic invites Symmetra to understand the stories and sacrifices held within the temple’s precious and dilapidated walls.

Zenyatta, traveling through the city as a pilgrim, convinces Symmetra to stay with the omnics and humans who are reeling over Vishkar’s destruction of a precious statue. The statue’s subject was Aurora, an omnic who sacrificed herself to give all other omnics sentience. Zenyatta helps Symmetra along the path of realizing that nothing, not even humankind, needs to be perfect to be appreciated.

While “Stone by Stone” does a miraculous job of showcasing a softer side to Symmetra, the story also supplies important background and validation to the hero’s vaguely canon autism diagnosis. In a previous comic, “A Better World,” Symmetra said she was “on the spectrum.” Several years ago, game director Jeff Kaplan sent a letter to a fan confirming this theory.

For over three years, however, nothing else has been said about Symmetra’s autism. This short story includes numerous references to the struggles of those on the spectrum, including the manual instruction of social norms and a dependence on routine schedules. Though the anecdotes may not be obvious to most readers, the explicit description of common traits and behaviors should give some readers a sense of feeling seen.

Beyond the obvious importance of inclusion, “Stone by Stone” delivers something that Overwatch fans have been demanding for years: Zenyatta lore. Even though the story revolves around Symmetra, it’s Zenyatta’s lessons and guidance that lead her to an eventual understanding of how to rebuild the beloved statue of Aurora.

The point of the short story may be to reveal a new side of Symmetra, but Golden’s expertly-written Zenyatta dialogue brings a level of calm that readers probably need right now. Zenyatta’s messages of unity, understanding, and self-exploration read as genuine and never condescending. In addition, the latter half of the story feels like a love letter to perfectionist creatives who might realize that imperfection may be the most beautiful goal of all.

Even if you’re not interested in lore, there’s something at stake within the game itself. Symmetra often refers in the story to a “gold and rust” robe that the Survasa pilgrims are wearing and a picture of it is included at the end of the story’s text. This is likely a large hint that fans could unlock the skin within Overwatch in the near future.