Tired of getting teabagged? Workshop has the solution. 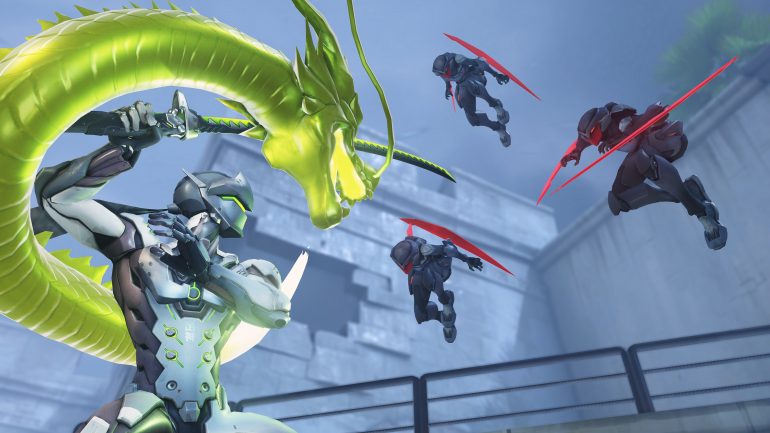 Playing nicely with others has never been easier, thanks to Overwatch Workshop. The special tool, in which players can use scripts to create customized game modes, was released on the Public Test Realm (PTR) on April 24. Within 24 hours, a few talented Overwatch players have tackled some of the biggest issues that arise when trying to cooperate with other players in the game.

The “group up” voice line is in a prominent place on the Overwatch user interface, but no matter how many times players spam it, their team is still scattered all over the place. If a team is split, the easier it is for the enemy team to pick off supports or DPS players trying to flank. One Reddit user used the Overwatch Workshop to finally fix this problem. Their solution? Manually stick everyone together like glue.

A subset of the “group up” problem is the “please get on the payload” problem. We’re not pointing fingers, but in Overwatch, it’s often DPS players who seem to have an aversion to the cart. Supports are often left alone to push the payload to its destination while damage-dealers go across the map to be a hero.

Over the years, Genji players in particular have gotten the reputation of being “allergic” to the payload. Reddit user Jub1337 has had enough of their nonsense. They created “Payload Training for Genji Mains” using the Workshop mode. As soon as a Genji player stops touching the payload, they begin taking damage. This damage is healed only by going back to the payload. While it’s a Genji’s job to flank and take out enemies, it’s a good joke for DPS players who forget that a payload exists.

Another problem within the Overwatch community is toxicity. Many players are guilty of engaging in some questionable behavior after making a great play. Maybe they throw down a spray, emote over the bodies of their fallen enemies, or worse. The act of “teabagging,” or crouching repeatedly over the body of an eliminated player, is one of the most tilting things in all of Overwatch.

It’s no surprise that teabagging was one of the first things to be addressed by someone using the Workshop. In this special game mode, players should think twice before “tactical crouching.” It could cost them their lives. This will no doubt be a recurring theme in future Workshop creations.

Within one day of Overwatch Workshop’s release, dozens of new game modes have appeared on social media. Players have used their creativity to think outside of Overwatch‘s limitations by making gun games, a Mei surf mode, and even a terrifying mobile Bastion turret. Many additions, like the Genji payload training, are simply a nod to memes and common gripes. New modes will become more complex and fun as experienced users get the time to really delve into the code.