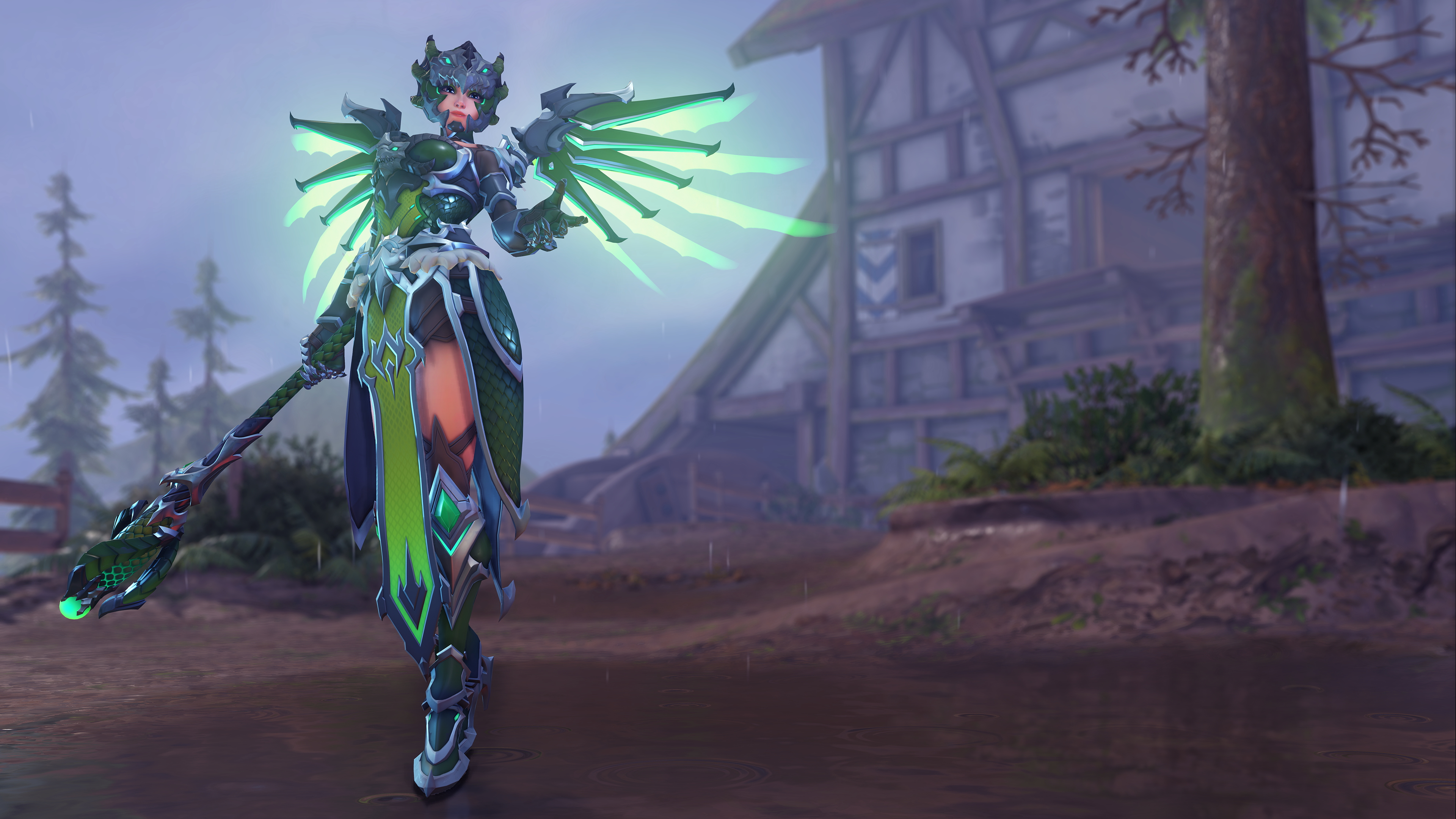 Overwatch may be celebrating its fourth anniversary, but there’s a lot more going on beyond the party. The 2020 Anniversary event launched today as a part of Patch 1.48, which introduces a host of quality changes and hero tweaks to live servers.

The large patch, which may take extra time to download, adds improved communication and easily accessible patch notes to the game alongside a long list of balance changes to support and damage heroes.

Have you ever wanted to repeatedly spam “no” in the middle of a competitive Overwatch game? Patch 1.48 has finally made those dreams come true with an improved Communications Wheel. Players can customize the callouts on their Communications Wheel, which used to only include stock calls like “I need healing” or “attack the objective.” In Patch 1.48, 26 different communications are available.

Reading Overwatch updates has never been easier. On the title screen, a section called “Patch Notes” was added last month to allow players to read the most recent updates to the game. That section used to open a separate browser window. But now, patch notes can be read inside the client on any platform, making them more accessible to players. The section will also inform players when new patch notes have been added.

A few minor quality-of-life changes have also been added in Patch 1.48. Play of the Game has been rebalanced to “emphasize more active participation” in fights, according to the patch notes. Players will receive an in-game notice thanking them for a cheat report if it results in disciplinary action, much like how reports for abusive chat work now. Most importantly, players can now reset the basketball in Control dropships. You’ll no longer have to yell at someone for ruining your perfect three-pointer.

Many of these changes were introduced in last week’s Experimental Card, which aimed to balance the abilities of multiple support heroes.

Ana’s healing takes a hit while Mercy gets a slight increase. These minor changes may not make a huge difference for future team compositions, but Ana players may notice a significant loss in ability to quickly heal up teammates.

Moira’s orbs, both healing and damage, will now be faster but stay around for only seven seconds. Her damage orb radius has also been reduced. This means Moira players have to rethink their orb casts and work to use them in the shorter time they’re available.

Zenyatta’s Discord is now back to full strength in Patch 1.48, which takes back a reduction made many patches ago. Enemies with an Orb of Discord will now be taken down faster, bringing more power to dive compositions.

Some of these changes, such as Bastion’s big overhaul, were tested in the Experimental Card. Others are completely new quality-of-life alterations introduced in this patch.

This is an extremely fancy way of saying that Ashe’s gun will hone in on enemies faster. For a small change, it’ll give more power to a hero that’s been seeing a resurgence in competitive and Overwatch League play.

Bastion’s big changes made it from the Experimental Card to live servers, meaning he might be popping up in far more team compositions. His Sentry, or “turret” mode, has reduced spread and can inflict more defined damage on enemies. Self-repair is now more costly of a resource but does more healing. Overall, Bastion can inflict more specific damage and stay alive longer, which is terrifying for anyone in his path.

When casting the Self-Destruct ultimate or being damaged out of mech, a D.Va player often plans their escape by aiming where they want to end up. This change allows a player to keep that pitch to land in a more accurate spot.

In short, this gives Doomfist players more control over Seismic Slam, which is cast in a “triangle” pattern on the ground and brings enemies toward Doomfist. Obviously, the ability was often overshot and enemies ended up behind the Doomfist player, which isn’t optimal for attacks. These Patch 1.48 changes should make the ability more consistent.

Minimal changes to Junkrat’s abilities have made it from the Experimental Card to Patch 1.48. Concussion mines will be more consistent thanks to less ricochet and a faster projectile speed. The biggest change is to Junkrat’s passive, Total Mayhem, which releases bombs upon his elimination. The ability is now faster and spreads bombs over a larger space, so it could be much more damaging to enemies who forget about this little surprise.

In some scenarios, characters were able to cast abilities through Mei’s Cryo-Freeze, or her self-healing “ice block” ability. This change makes her Cryo-Freeze a “solid” block, so she can block area of effect abilities like D.Va’s Self Destruct more reliably.

In addition to these game and hero changes, various workshop mode alterations have been added for creators. The full list of changes can be found in the 1.48 patch notes. Competitive Deathmatch is also live until June 10, giving players a chance to compete in the highest level of a free-for-all for rewards and exclusive sprays.