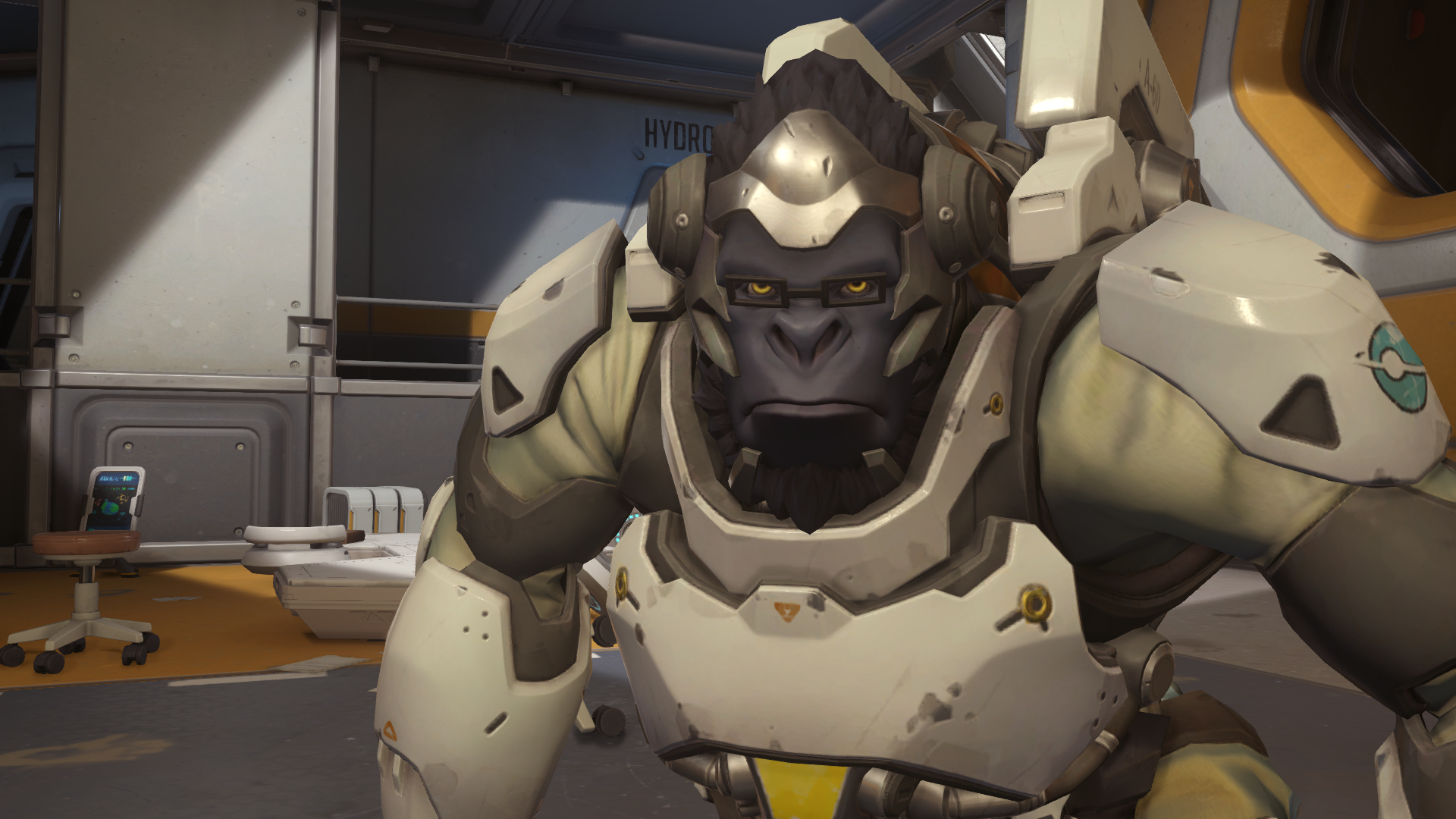 Horizon Lunar Colony’s hulking telescope points straight toward Earth. Peering into its lens, Spain and Portugal blur into view. Multiple locations are marked on the map, but one stands out—Overwatch’s Watchpoint: Gibraltar.

Blizzard pushed its new map, Horizon Lunar Colony, to Overwatch’s live server yesterday, and it reveals a lot more than just fun gameplay. Hidden within the map are clues as to what went down in an ape uprising that forced Overwatch hero Winston to launch himself off the moon. The details of the uprising aren’t explicit—Blizzard left most of the story out of reach—but by looking closely, it’s possible to extract some information and form a larger picture of life on the moon.

Someone—likely Winston—was looking for potential landing spots near Spain and Portugal. Leading a hero toward the telescope will prompt a popup, asking players to push “R.” It’ll pull up a view of Earth with a few different areas highlighted, but Watchpoint: Gibraltar, an Overwatch base, is the most prominent destination.

As a spawn room, the telescope area also prompts a few new voice lines for Winston, one of which has the gorilla scientist wondering about where the rest of the colony’s inhabitants are. Each hero has their own new voice line that’s triggered once the map is pulled up, too.

There are traces of the primates that once lived on the moon, but the only time the inhabitants are spotted are through pictures or security footage. It’s implied by Winston through his voice line that they’re still on the moon, but it’s not entirely clear.

Security footage shows a bunch of primates ‘causing a bit of trouble across the moon colony, though it’s nothing too serious—just some throwing stuff around and food ransacking. Through numbers on the animals’ uniforms, some are able to be identified. Neither Winston nor Hammond are among those who’s numbers can be seen, however. Because Hammond hasn’t been shown yet, he still could be one of the primates whose numbers aren’t on display.

Winston’s room is recognizable from the animated short, Recall. While there isn’t much here, it’s still a neat place to explore. His formative years were spent on the moon—and that makes it an integral part of his development. Unlike the other primates, Winston loved life on the moon. He loved learning, and he loved the scientists that worked with them.

Some may recall the poster on his wall from an in-game spray. The lexigrams were likely used when teaching the primates, as they typically represent a word. And of course, on Winston’s bed is a jar of peanut butter. The dude loves his peanut butter.

Again, there aren’t much explicit lore details in the hydroponics lab, but it’s still a neat area. With it, the moon base is able to be self-sustaining—food, oxygen, it’s all supplied in there. Assuming we’re looking at the Horizon Lunar Colony after the scientists have been eliminated, it looks like the primates have kept up with the process.

A whole bunch of scientists lived on the Horizon Lunar Colony, but it appears that none—except, perhaps, Doctor Winston, was able to escape. While it’s possible that gorilla Winston took Doctor Winston’s suit, it seems unlikely he’d be able to fit.

As Overwatch players spend more time on the moon, more details are certain to be uncovered. Horizon Lunar Colony is a fascinating new world in Overwatch’s lore, and we’re ready to untangle the story of what went wrong there.