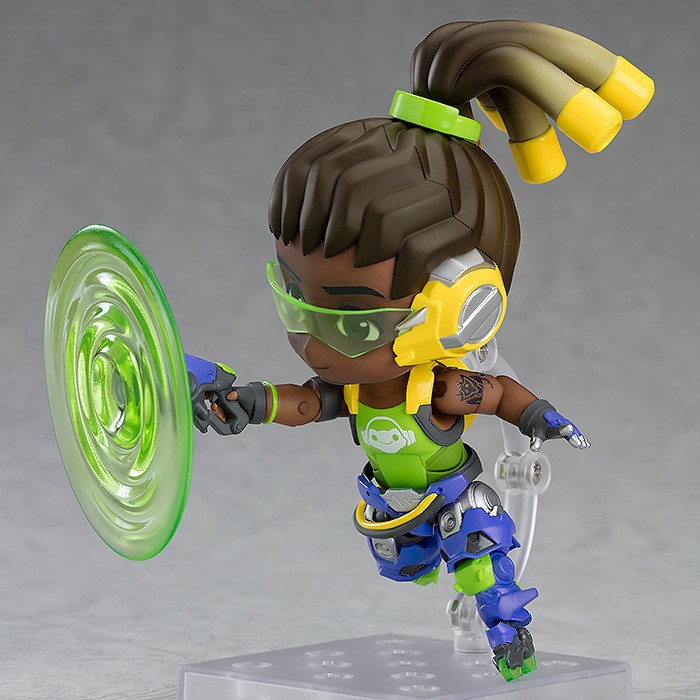 A Lúcio figure has joined the Overwatch Nendoroid squad.

Developer Blizzard Entertainment and toy manufacturer Good Smile Company have announced the opening of pre-orders for the latest Nendoroid figure in the Overwatch series, Lúcio. Pre-orders are now available at Blizzard Gear Store at $49.99 with an estimate shipping date by the end of Q3 2019.

Lúcio joins McCree, Torbjörn, Soldier: 76, Sombra, Junkrat, D.Va, Genji, Hanzo, Mercy, Mei, and Tracer in the Overwatch Nendoroid line of products. All of them are sold at the same base price

Related: Hope you’ve got room on your toy shelf—Zenyatta’s the next Overwatch action figure.

“Party it up with his Sonic Amplifier and Soundwave, then nail it with his Sound Barrier ultimate ability,” GoodSmile wrote on the company’s Twitter. Nendoroid Lúcio’s product page in the GoodSmile website also says he “features several points of articulation, including his hair, allowing you to display him in all kinds of acrobatic poses. He comes with a standard smiling expression and a more playful grinning expression.”

He also comes with “both yellow and green skate blade parts as well as wall-riding effect parts, allowing you to display him speeding around amplifying his team’s movement speed or regenerating their health,” according to the page. When paired with the rest of the collection, fans can recreate full team battles featuring Lúcio.

Blizzard says Nendoroid Lúcio is made of painted plastics ABS and PVC and is approximately 100 mm in height, just like other Nendoroid toys.

Fans of the GoodSmile and Blizzard partnership also have more realistic action figures available as part of the Figma Overwatch line, which features Genji, Pharah, Zenyatta, and more.

Pre-orders for Nendoroid Lúcio will be available until Feb. 7.