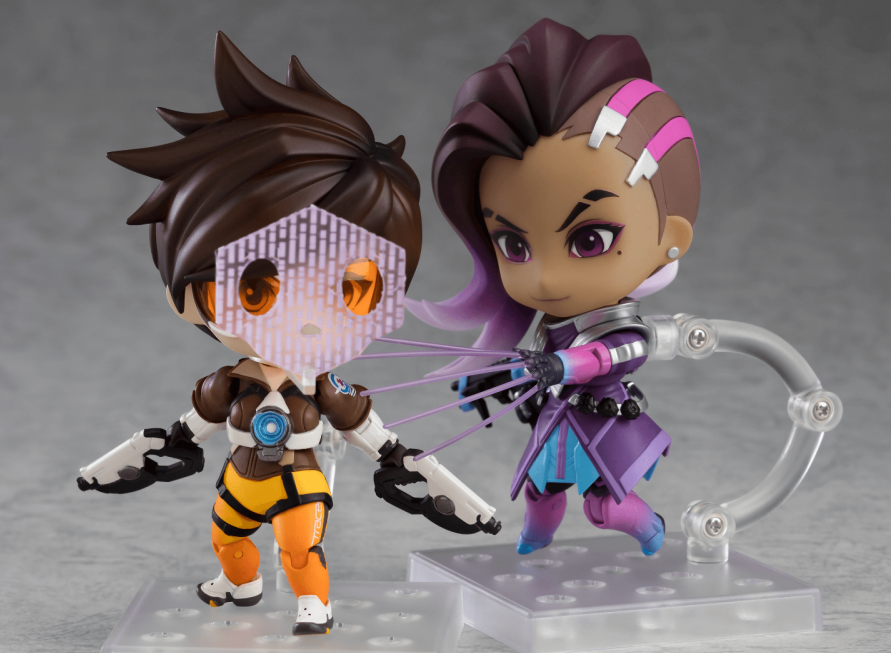 Sombra is the next Overwatch hero to get the Nendoroid treatment.

Blizzard and toymaker Good Smile Company announced the new Overwatch figure on Twitter today. Preorders are open now for the $50 toy. Like the rest of the Nendoroid line, the Sombra figure comes with a selection of accessories, including face plates, weapons, and display pieces. Nendoroid Sombra is just under four inches in height.

“Hacking effect parts include both a hand part to display her making use of the Hack skill, as well as a skull mark with an attachment piece to display other characters being hacked,” according to Blizzard. She also has an alternate arm made to look like she’s entering stealth mode, as well as a mini Transolcator. Display pieces are also available to create Sombra’s EMP ability, emote, and highlight intro poses.

Of course, there’s an extra hand piece to create the Mexican hacker’s infamous “Boop!” pose. She’s one of the more interesting Nendoroid figures Blizzard and Good Smile Company have come up with; she pairs well with a number of other Overwatch figures.

Figures are expected to ship in the first quarter of 2019. If you want a Nendoroid now, there are a few other options. The line already includes Genji, Hanzo, Tracer, Mercy, and Mei.