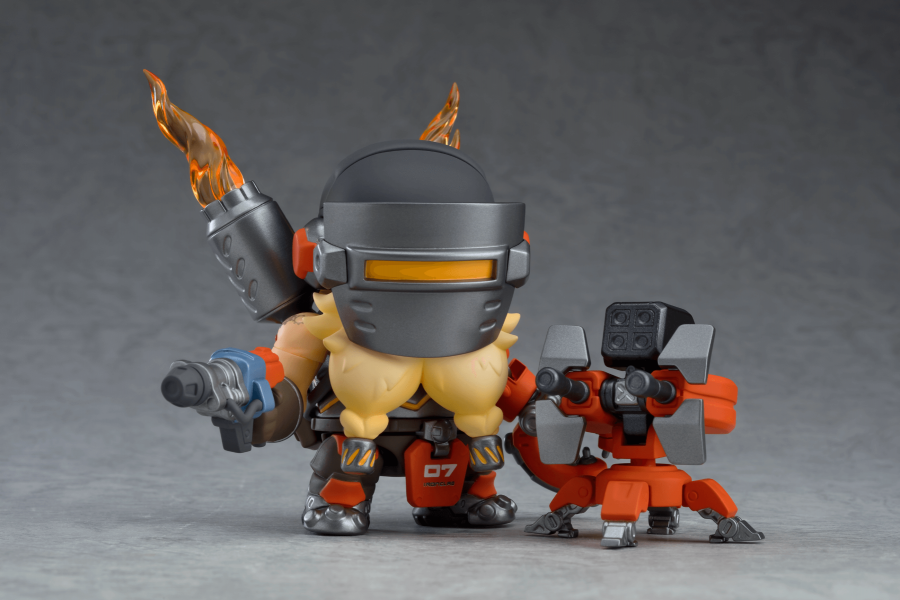 Blizzard has revealed its 10th Overwatch Nendoroid: Swedish engineer Torbjörn. Like the others, the tiny toy is fully articulated with lots of posing options. The included accessories help that, too. Torbjörn’s got his Rivet Gun, Forge Hammer, an armor pack (despite no longer using those), and a turret—everything needed to recreate the hero’s in-game abilities.

Toy maker Good Smile Company has included interchangeable parts to recreate Torbjörn’s Molten Core ability, too, like a moveable mask and flame parts. The figure is six-inches in height and will start shipping by the end of 2019’s second quarter, which falls at the end of June. The Torbjörn Nendoroid is available for pre-order now for $60—slightly pricier than typical Nendoroids, which have cost $50 so far.

Related: Get ready for some mayhem—a Nendoroid Junkrat is coming

Overwatch heroes included in the Nendoroid line are Sombra, Mei, Junkrat, Mercy, Tracer, Genji, Hanzo, D.Va, and Soldier: 76. Each of these previously released Nendoroid toys costs $50. Good Smile Comapny’s Nendoroid line is known for its cute hero replicas, with exaggerated proportions and tons of accessories. Many of the heroes have accessories that work with other toys in the line, like a healing beam from Mercy that can connect to other Nendoroids.

Blizzard’s been upping its merchandising in the past few months, first with the announcement of Overwatch Nerf guns, next with a ton of LEGO sets coming soon. Nendoroid toys have had been with the game since the beginning, and Good Smile Company is showing no signs of stopping.