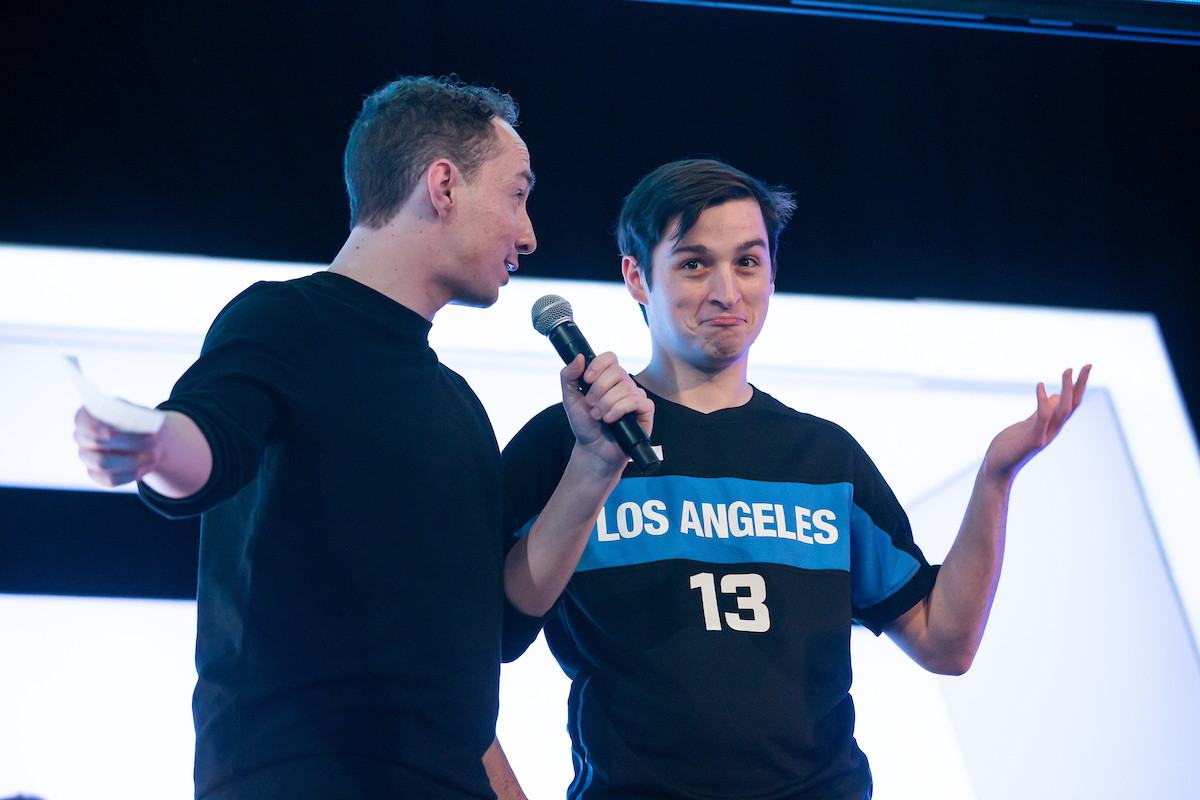 During one of the most difficult years in recent memory, some people manage to offer a little bit of hope. Caleb “McGravy” McGarvey, off-tank for the Los Angeles Valiant, was definitely one of them.

On Oct. 3, McGravy earned the Overwatch League’s 2020 Dennis Hawelka award for his commitment to positivity and extensive charity work.

Throughout the 2020 season, McGravy has contributed to the Overwatch League community in numerous ways. He’s hosted several charity events on his personal stream and participated in charitable events as a part of the Los Angeles Valiant.

Members of the talent team and McGravy’s teammates commended him for keeping a positive mindset during a difficult Overwatch League season. McGravy seems to always bring joy to interviews, whether with his words or his multicolor LED lights in the background.

He also entertained the community by donning a D.Va cosplay after meeting a stream goal, which earned a coveted share on Twitter from singer Halsey.

McGravy has played off-tank for the Los Angeles Valiant since May 2019. He started his career in the Overwatch League as a part of the Florida Mayhem before the team restructured to an all-Korean lineup. Before joining the league, McGravy played for Team Envy and EnVision eSports.

Last year, the Dennis Hawelka Award went to Scott “Custa” Kennedy of the Los Angeles Valiant after he led the team through an extraordinarily difficult season. In 2018, Pongphop “Mickie” Rattanasangchod earned the award for his endless optimism as a part of the Dallas Fuel.

The award serves as a monument to Dennis “Internethulk” Hawelka, a legendary Overwatch player and coach who passed away in 2017. As a part of EnVyUs, Hawelka was known for his ability to motivate a team using positive energy, enacting change through support within the game and outside of it.