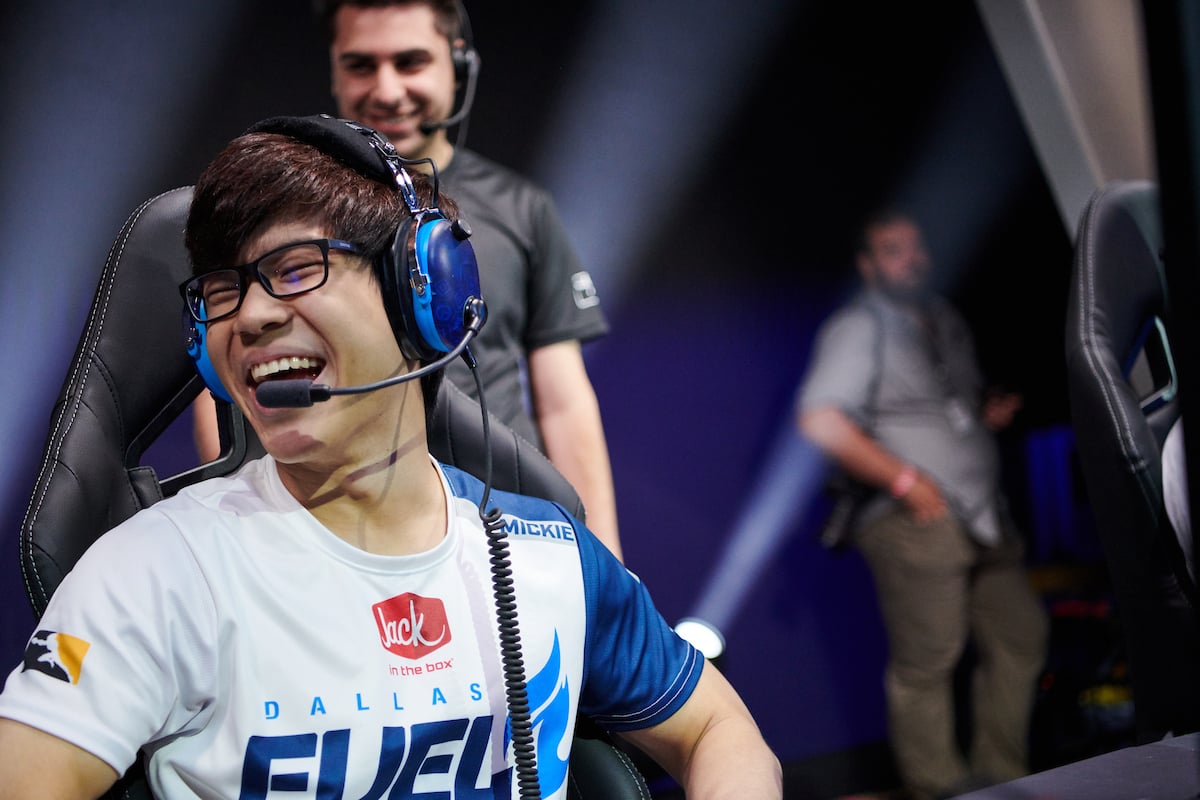 Overwatch League fans have a new reason to keep smiling. The Dallas Fuel announced today that off-tank Pongphop “Mickie” Rattanasangchod would be leaving the team to pursue a full-time content creation position at Envy, the Fuel’s ownership organization. While he’s stepping back from the professional Overwatch scene, he will likely still be involved in making content related to the game.

Mickie is a true veteran of the competitive Overwatch scene. After playing for a small team in 2016, he was recruited by Dennis “InternetHulk” Hawelka to join team EnVyUs during Overwatch APEX season one. EnVyUs went on to win that season of APEX and continued competing at a high level until 2017, when the team was funneled into the Dallas Fuel. Mickie played off-tank for the Dallas Fuel in both seasons of the Overwatch League. In addition, he played for Team Thailand in the Overwatch World Cup in both 2016 and 2017.

While Mickie has an impressive resume as a professional Overwatch player, he’s most well-known in the scene for his positive attitude and contagious smile. Even during difficult Overwatch League matches, he was often giving motivational speeches to his teammates. Mickie was the winner of the inaugural Dennis Hawelka award in 2018. The award, named after his friend and mentor, is given to a player who has made a positive impact on the Overwatch community.

The move to full-time content creation isn’t a surprising one for Dallas Fuel fans. Mickie saw little play on the Overwatch League stage during season two and, considering the team’s roster, was likely to not play during the upcoming season. Dallas Fuel’s former assistant coach, Justin “Jayne” Conroy, also moved to a content creation role within Envy late last year.

The Overwatch League begins on Feb. 8 with games in New York and Dallas.