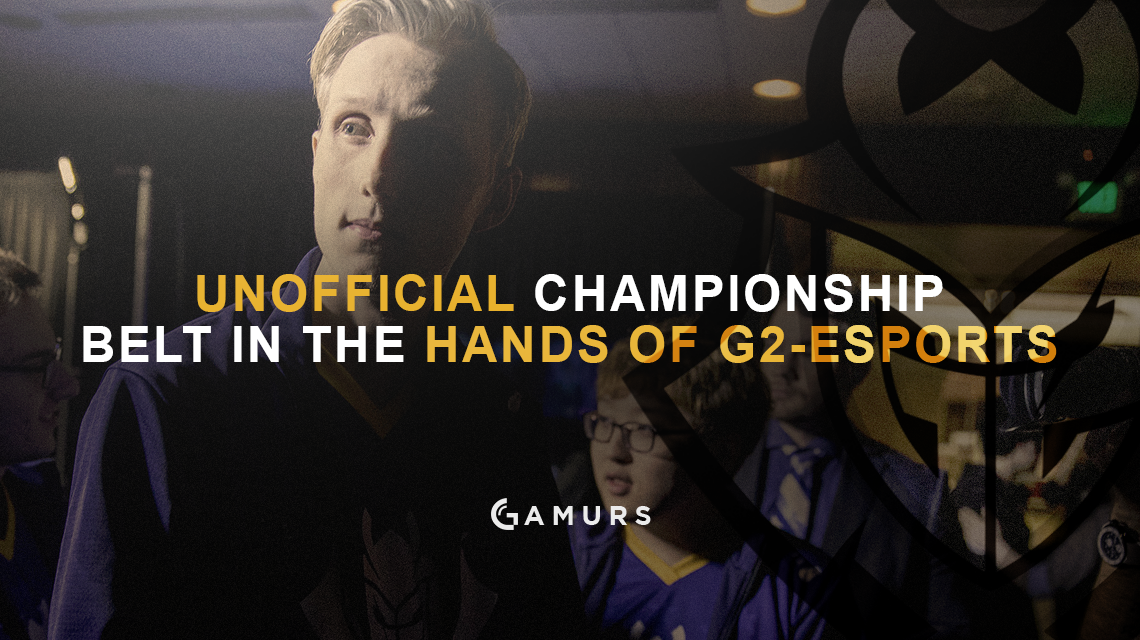 Over the last few years in League of Legends, fans have constantly taken part in a subreddit-wide search to see which team officially holds the “Unofficial Championship belt.”

It is an interesting concept based on a community-wide search that garners a lot of discussion and memes around the whole “belt” as it gets passed around from region to region.

The way the belt works, for those unaware of the philosophy, is a team holds the belt until the moment they are beaten. The belt is then passed to the winning team, regardless of who it is or how they won, and continues to be passed around.

Now, I am sure you guys are wondering why I am talking about this in such great detail. After all, what purpose does the belt really serve? Why are you wasting your time writing about this non-existent belt? Well, why not? This isn’t a one time thing or the first time the belt has ever come up. This belt has been passed around for years.

The belt, may it be real or not, is still there. It is still discussed at international events, specifically the World Championship. People actively go out and make their own crude looking belts to flaunt in the stage, and it is something that the community creates and enjoys and when it comes down to it.

These conversations garner hundreds of comments and upvotes. Something that began as an element of fun has become a true and tested part of the community in the same way other forms of content are produced and pushed out.

But back to the belt itself. In the Mid-Season Invitational 2016, SK Telecom T1 were the holders, taking the belt back to the LCK as they kept ownership of it until Week 4 when they lost it to Jin Air. After the loss, the following matches happened and the belt went on a journey:

This meant that the ROX Tigers brought the belt back to Worlds.

The belt would pass multiple hands in Group A after ROX lost to Counter Logic Gaming and Albus NoX Luna proceeded to beat CLG. The CIS team held the belt until their match against G2 Esports, when the 0-5 European squad stole the win and took the unofficial belt as they exited the tournament. Now, no team can take the belt from G2 until IEM Gyeonggi.

It’s a fun little project that invokes the community spirit and gives people an incentive to check out other leagues other than the usual EU and NA LCS we have grown accustomed to in the West.

Do you know any other community driven content like this one? What are your thoughts on the history of the unofficial belt? Who do you feel will own the belt at the end of IEM? Let us know know in the comments below or tweet us @GAMURScom.