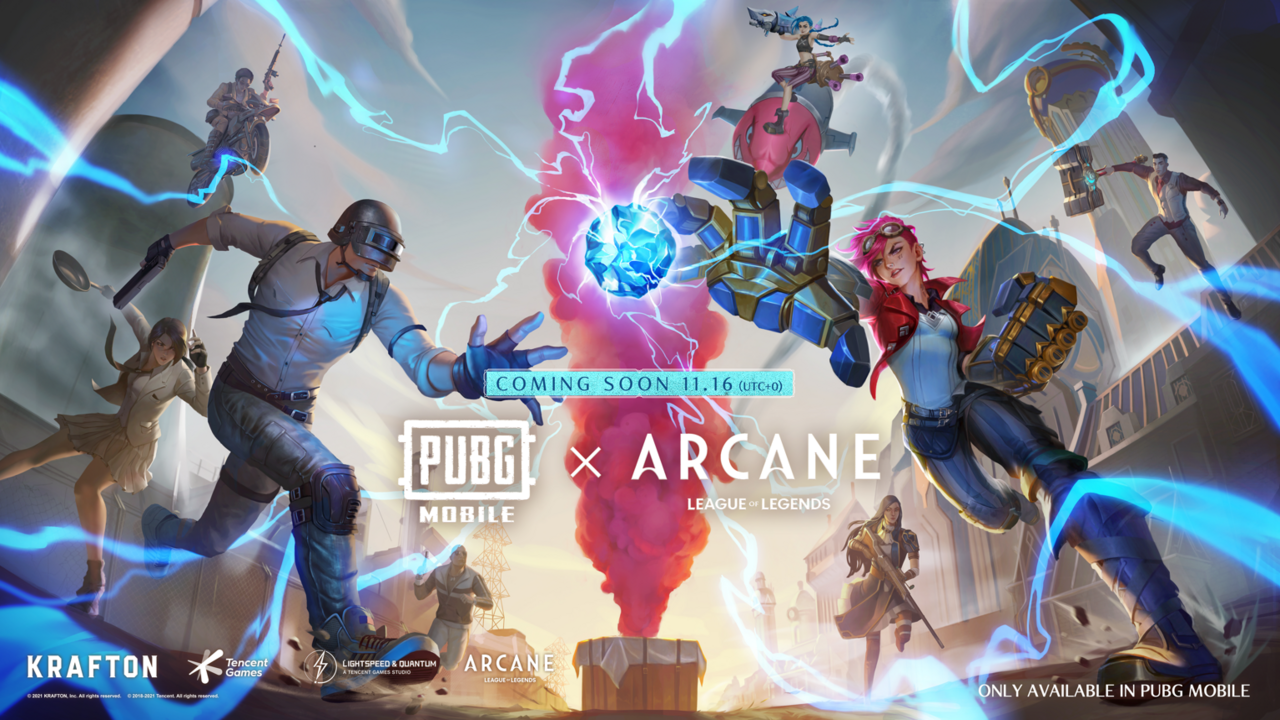 Tencent is bringing a new mode to PUBG Mobile, which allows players to battle as League of Legends champions.

The battle royale game is partnering with Riot’s animated series, Arcane, to bring Runeterra to PUBG Mobile. The first look at this new mode was revealed in a post yesterday. You will be able to play as Jinx, Vi, Caitlyn, and Jayce on the streets of Piltover and Zaun. The video also shows that the champions are equipped with a special ability as they compete against each other.

It’s unclear if these features will be added to the battle royale mode or will be present in a smaller mode such as TDM. Players won’t have to wait long to find out, since it will be launching in PUBG Mobile’s version 1.7 on Nov. 15 at 6pm CT.

Until then, you can catch up on all six released episodes of Arcane, which has been topping Netflix charts around the world. Yesterday, the second act of the highly acclaimed series was released while the final act will debut on Nov. 20 at 2am CT.