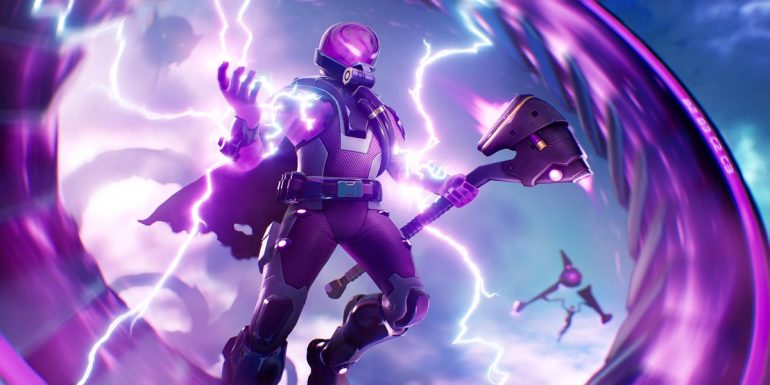 A new set of Fortnite: Battle Royale challenges has just become available to all players. It’s week five of the Battle Pass challenges, and players who complete the entire set will be able to find a secret Battle Star if they also completed at least four other sets of weekly challenges this season.

Once you complete five sets of weekly challenges, you’ll earn a new Loading Screen. In that image is where you’ll find a hint about where to find this week’s secret Battle Star. You can see and grab the star in any Battle Royale mode that’s not Playground, and it’ll give you an instant Battle Pass tier once you leave the match.

Related: How to find and unlock Fortbyte 61 at a Frozen Waterfall in Fortnite season nine.

When you unlock the Loading Screen, you’ll see a Fortnite character with some kind of storm power surrounding them. If you look at the right corner of the image, you’ll find the coordinates B2, B3, C2, and C3 written on it. They’re coordinates in the Battle Royale map, and the intersection between these four squares is where you’ll find the secret Battle Star.

This intersection is right next to a wind turbine in Haunted Hills, northwest of Pleasant Park. If you land right at the intersection, you’ll see a dry grass patch in front of you, and you’ll hear a sound effect. That’s when the Battle Star icon should pop out of the ground and be interactive. Grab it and secure your easy and free Battle Pass tier.