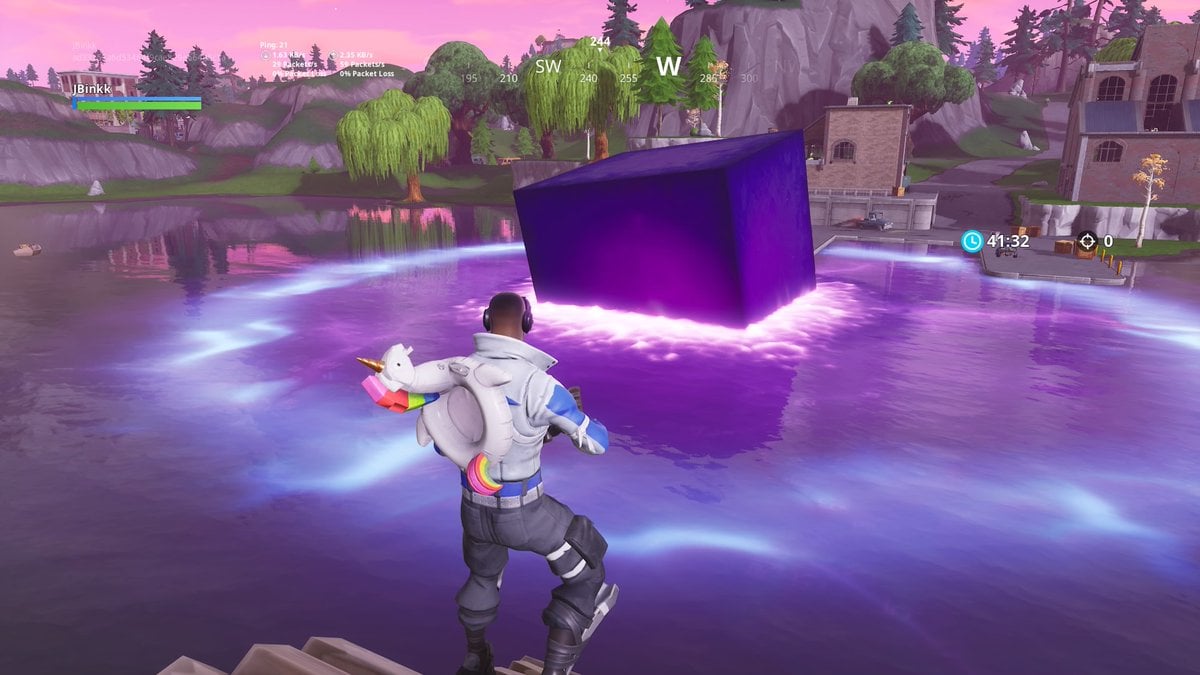 After nearly a month of traveling on a sightseeing tour of Fortnite’s island, the mysterious giant purple cube has finally settled into the waters of Loot Lake. And things might really start to get interesting now.

The cube has spent the past few weeks rolling around the map, while stopping at certain points, printing out “runes” on the ground and leaving behind anti-gravity fields in its wake. Today, though, it finally reached its final destination—the central location of the island, Loot Lake.

The cube pushed its way off of the dock at Loot Lake and into the water at around 3pm CT, marking the first time that the cube has made contact with water at all during its travels.

Once the cube hit the water, it slowly begin to sink. The water around the lake began to turn purple, and once the process was finished, the entire lake became one big bouncy pad.

The water is now gone, completely replaced with a purple, bouncy surface that acts very similarly to the cube. The main difference now is that the lake itself doesn’t damage players who shoot at it.

Whatever the case may be, this final week of Fortnite season five just got a whole lot more interesting.