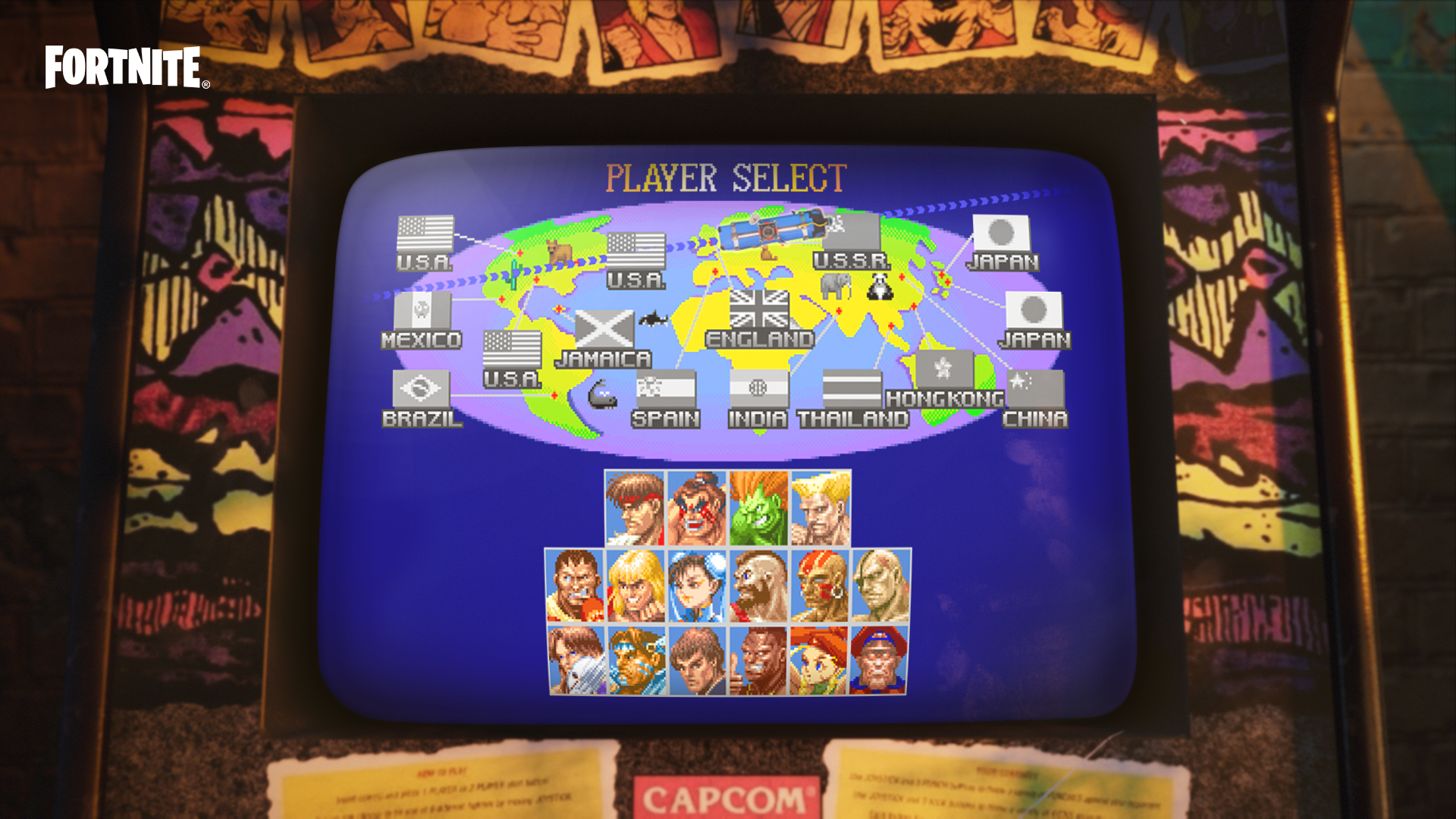 Fortnite is heading back to the character select screen, teasing another crossover with Street Fighter that will be dropping in the near future.

All fans have to go on now is the teaser image that was posted on Twitter, which showcased the Super Street Fighter II character select screen and confirmed that two new fighters will make the jump into the battle royale.

Previously, both Ryu and Chun-Li were made available during the Zero Point debacle in February. They each had two classic costumes and some other Street Fighter-themed items included in their bundles.

Among those items were the Lightning Kick! and Shoryuken! emotes, a  “Player Select!” loading screen, and the Sumo Torpedo glider based on E. Honda.

Players have already started speculating on who the new Street Fighter characters coming to Fortnite will be, with many pointing to Guile and Cammy. Leakers and other Fortnite insiders are backing the Cammy pick, noting that she was included in a survey sent out by Epic in the past.

The characters will reportedly be officially revealed at 5pm CT, which lines up with the start of Capcom’s Street Fighter V Summer Update 2021 broadcast that’s set to share more information about the upcoming DLC fighters for the series.