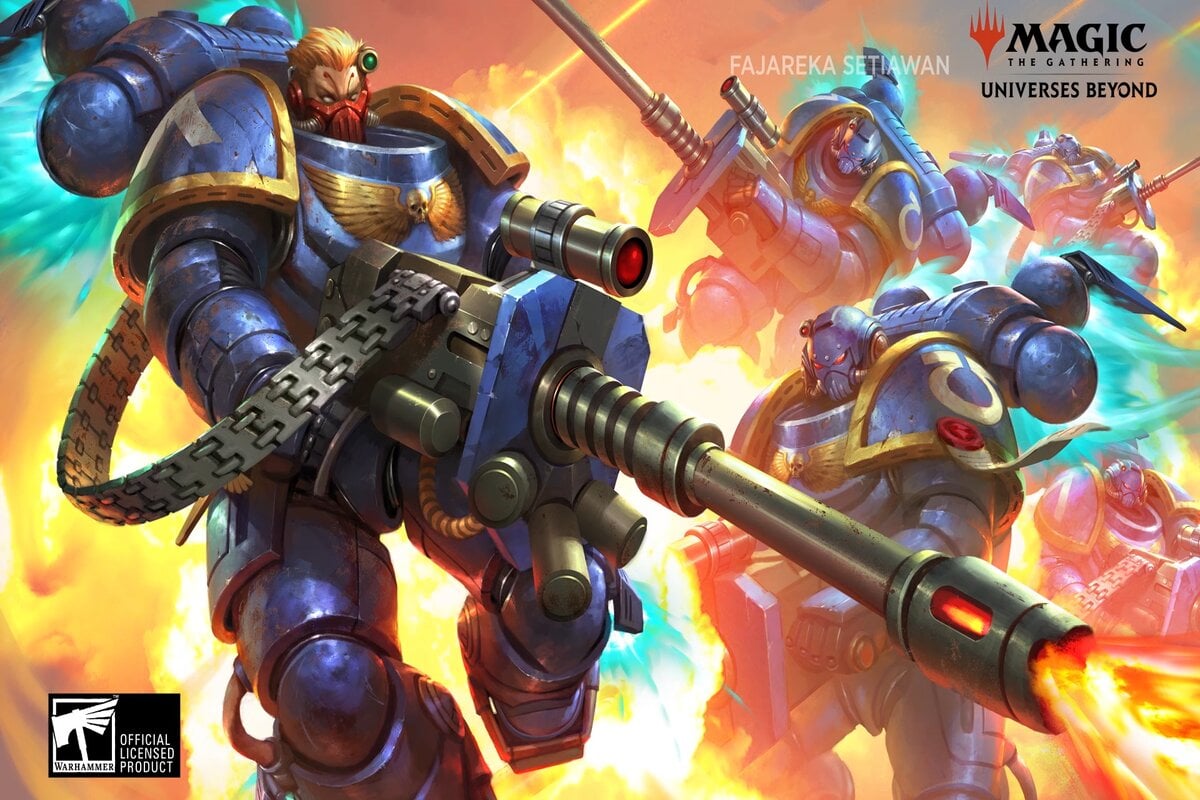 Magic: The Gathering steps into the 41st millennium with the upcoming Universes Beyond collaboration with Warhammer 40,000, bringing four new Commander preconstructed decks.

The four-deck set releases on Oct. 7 and includes new cards and reprints inspired by the Warhammer science fiction universe. One of the decks is focused on the Tyranids, a terrifying unstoppable galactic threat.

Tyranid Swarm is a GUR deck that uses counters synergies to fill the battlefield with Creatures then buff them with +1/+1 counters. There is a big-mana subtheme in the precon with a handful of X-cost spells that encourage the player to pump mana into them.

The Tyranids in Magic play similarly to their tabletop counterparts.

In Warhammer, the Tyranids are a highly synergistic army that swarms the opponents with small threats that pave the way for the army’s suite of monstrous units.

The deck is led by The Swarmlord. This six-mana Tyranid enters the battlefield with more +1/+1 counters for each time it was cast during the game. When a Creature with a counter on it dies, you draw a card.

Similar to other face commanders in the set, The Swarmlord is a nice value engine that isn’t required for the deck to work, but is a nice piece of the larger puzzle. The list uses both +1/+1 counters and X spells to win the game.

One side of the deck wants to take advantage of +1/+1 counters abilities. Reprints like Hardened Scales and Bred for the Hunt are in the deck as iconic cards from the well-supported counters archetype.

Many X-cost Creature cards in the precon have powerful abilities stapled onto them. Exocrine deals X damage to each player and each other Creature, turning it into both a board wipe and a way to win the game. Zoanthrope deals X damage to any target when it enters the battlefield.

Broodlord is another excellent X-cost spell that distributes X +1/+1 counters among any number of other target Creatures you control. This is a great way to distribute counters and get the snowball rolling.

The core of Tyranid Swarm is to ramp in the early game. The first few turns will revolve around playing cards like Rampant Growth and Cultivate to build up enough mana to play the deck’s expensive Creature suite. The prevalence of X spells means you will be able to play Creature cards early if there’s an aggro player at the table, but they are better in the mid-game when you’ve ramped.

Once you’re stocked with mana, swarm the battlefield with Creatures that will significantly outclass the opponents’ threats. Winged Hive Tyrant, Old One Eye, and Hierophant Bio-Titan are substantial finishers.

Since this is a Creature deck, board wipes will be a major setback. Tyrant Guard is a solid piece of protection that can give your Creatures hexproof and indestructible. There aren’t many protection options. It will be important not to overextend and put yourself in a position to recover from an inevitable board wipe.