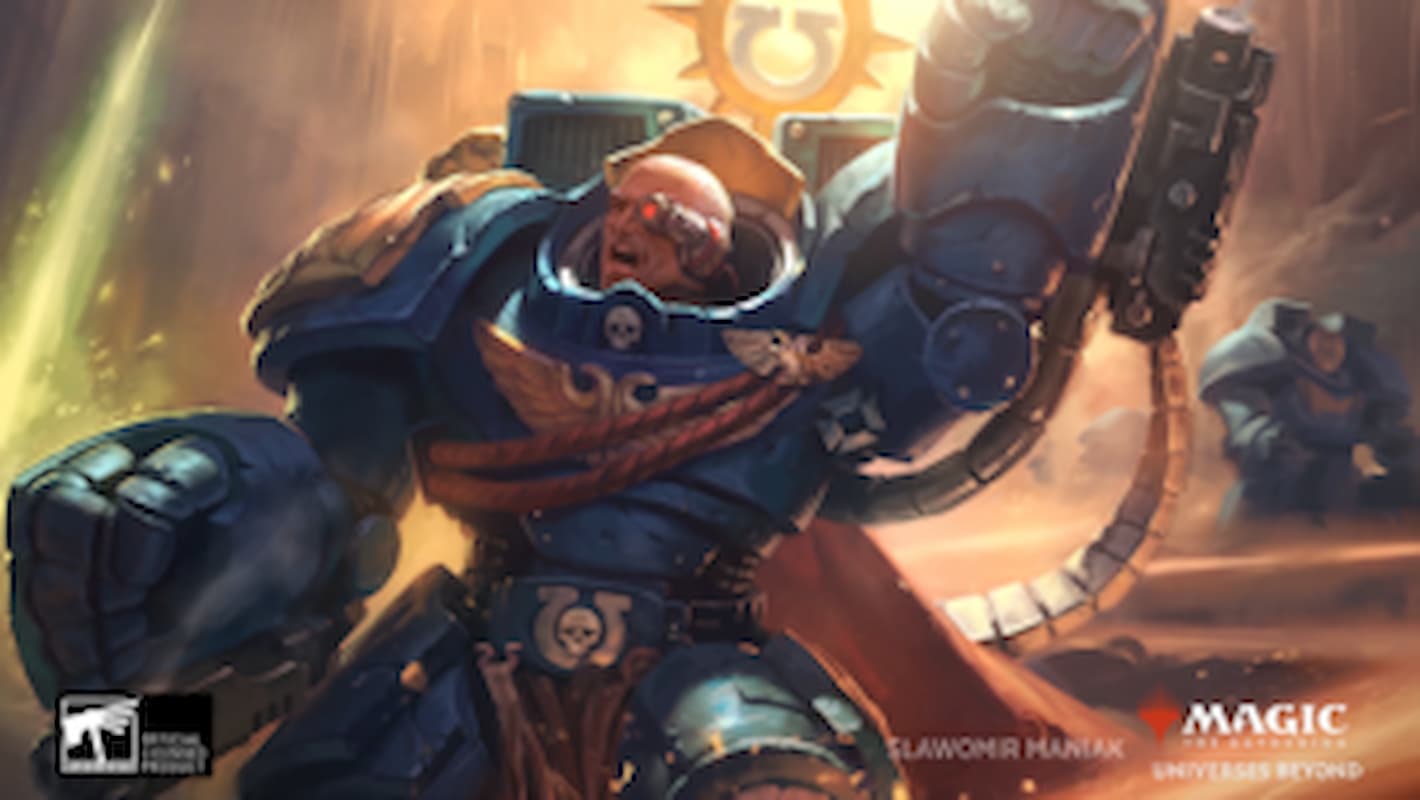 Perpetual preview season rolls on in Magic: The Gathering with the start of Warhammer 40,000 Commander preconstructed deck spoilers this week.

Four decks are set to release on Oct. 7 focusing on different factions from the Warhammer universe. This is a continuation of Magic‘s Universes Beyond initiative, bringing different IPs to the tabletop game.

Through Friday, a different precon will be revealed. The first day of preview season was dedicated to showing off the secondary commanders for each deck and providing a deeper look at each list’s theme.

The four precon names and face commanders are: 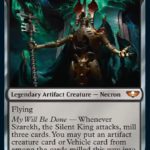 These four new legendary Creature cards are significant characters in Warhammer and are accompanied by other legendary Creatures in the decklist. The additional legendaries will be able to be run as the commander right out of the box.

Clue tokens are at the center of the Imperium’s strategy. Marneus Calgar is an excellent engine that will provide value through turns. The precon will likely create multiple tokens each turn, supporting Marneus’ card draw ability. Notably, this ability triggers whenever any token enters the battlefield. This includes anything from Creature tokens to clue tokens.

Marneus feeds his own ability with his token generation. It’s a solid mana sink that leads to card draw. This will be a sneaky win condition for players interested in running Thassa’s Oracle combos. With infinite mana, Marneus Calgar can effectively draw your deck.

The Necron tribe is all about Artifact synergies. This is great because Artifact decks are a well-supported archetype throughout Magic. This precon will be great to upgrade and will likely have powerful support cards that will fit in a variety of other lists.

Imotekh is a solid four-mana Creature that rewards the player for using the graveyard. Artifacts can leave the graveyard in a variety of ways, from being exiled to being played from it. The second ability is decent, giving a Creature menace will make it hard to block, however, Artifact decks generally win outside of combat. It seems like the Necron deck will look to attack with an army of Artifact Creatures.

Be’lakor is likely the best Demon-tribal commander in the format. This hulking 6/5 evasive threat provides card draw and is a finisher if it’s allowed to stick on the battlefield. The damage ability is similar to Terror of the Peaks, but for Demons. This will quickly win the game as Demon Creatures generally have high power stats.

At five mana, Be’lakor is expensive but this shouldn’t be a major problem because of the big-mana generators found in both Red and Black. Blue will also help support this Commander by adding card draw and disruption to protect Be’lakor once he’s on the battlefield.

The Tyranid swarm is all about +1/+1 counters and big spells, which should be familiar to any longtime Temur players. Magus Lucea Kane is a fragile 1/1 utility Creature that can snowball if given enough time. The consistent +1/+1 counter generation is a great way to get the deck started. It will help fuel the general strategy of the deck and turn on any proliferate spells you have.

The second ability is a big-mana payoff that increases the potency of X spells. This will help copy any big X-cost Creature cards or other spells. This will likely find a home in many different Magic decks and could be an effective commander for a Hydra-tribal list.