Here are the MPL Weekly WotS Standard week one results 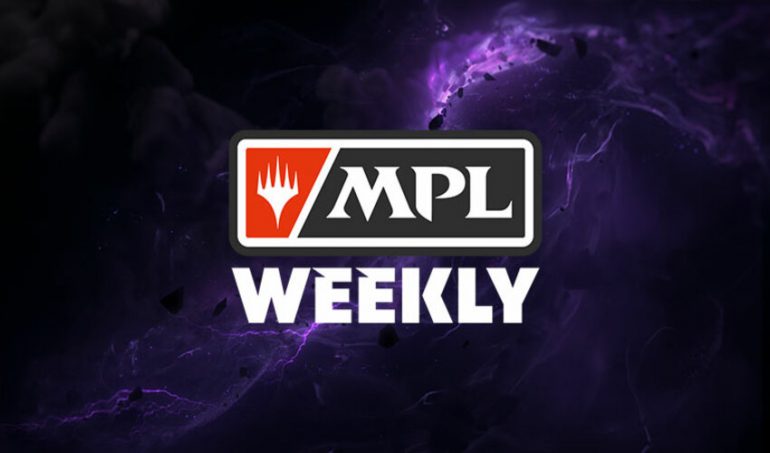 The best streamers and pros in Magic: The Gathering brought their War of the Spark Standard constructed decks to week one of the MPL Weekly on MTG Arena, resulting in some wild and hard-fought matches.

The craziest comeback match of the day took place between Andrea Mengucci (Mono-White Aggro) and Piotr Glogowski (Esper Midrange). Glogowski was down to one life point and it seemed like he was done for in game two—until he thought outside the box and played a Hostage Taker on his own Deputy of Detention.

Glogowski ended up on top for the day (2-0), while Mengucci fought back to wrap up week one at (1-1). These two Magic Pro League (MPL) streamers going head-to-head was essentially a rematch from the final table of the MTG Mythic Invitational. Mengucci swept Glogowski then, but that wasn’t the case in week one of MPL Weekly.

No specific metagame archetype stood out as being dominant during week one. There were, however, a few other standout matches. Grzegorz Kowalski and his Dimir Control beat down Christian Hauck’s Azorius Aggro deck in the Emerald Division feature match. Ken Yukuhiro and his Bant Midrange took a win as well.

Considering Kowalski was the only MPL player to bring a Dimir Control deck and Yukuhiro brought the lone Bant Midrange deck to week one, the metagame could see major changes heading into week two since players are allowed to change their decks each week.

MPL Weekly is following a round-robin bracket format where some players will have two matches a week while others only play one. Each match is played in a best-of-three format on MTG Arena. MPL Weekly airs on the MTG Twitch channel at 2pm CT on Saturdays, even though the matches are prerecorded. The full stream is available on the Magic: The Gathering Esports page, along with weekly and seasonal rankings.

Typically, streams on Twitch are live (unless they’re a re-run), but it seems like Magic: The Gathering is using the streaming service as a platform for a new type of television show. The one downfall to this was the use of breaks during the stream since there’s no need for breaks if it’s not live. On the upside, because the matches were prerecorded, viewers were able to see the hands of both players on MTG Arena as opposed to just the featured player.

The commentary for MPL Weekly was positive, upbeat, and educational. Brian Kibler, Cedric Phillips, and Becca Scott were entertaining to watch on the table and showcased their vast MTG knowledge during matches with their play-by-play commentary.

Watching the MPL pros duke it out on MTG Arena was also a plus, but MPL Weekly fell short by not giving viewers clips of non-feature matches. Besides the format being a bit clunky, the show has potential and was highly entertaining to watch. With a few adjustments, Magic: The Gathering could potentially have a hit series on Twitch.