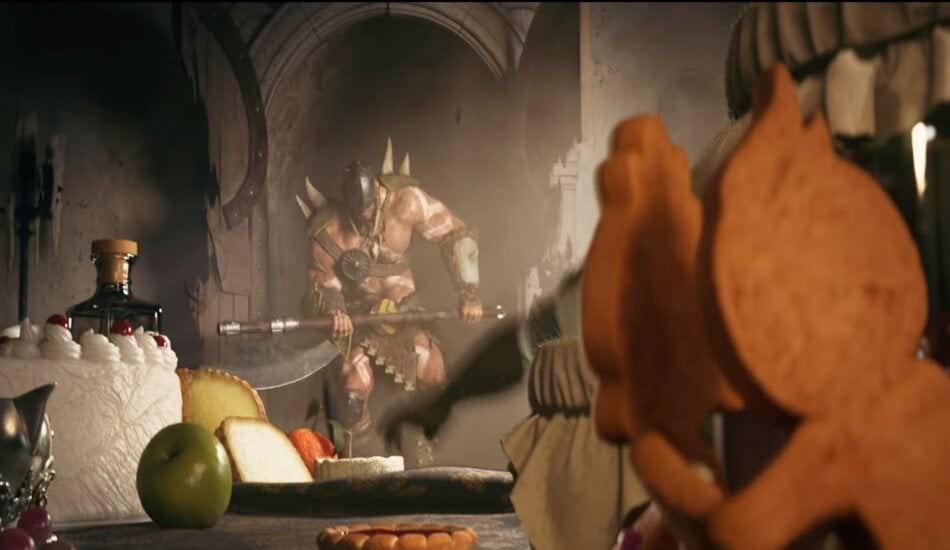 Throughout the years, Wizards of the Coast has maintained an interest in Magic: The Gathering through the creation of individual formats.

Brawl is a unique game mode in that it’s played with 60 single Standard copies constructed around a commander and all other cards must have the same color identity.

Brawl’s playstyle was similar to an unsanctioned format known as Elder Dragon Highlander (EDH), which created an initial excitement within the community. But the hype was short-lived. Players lost interest due to overpowered cards and continual rule changes.

Now, almost a month since Brawl returned to Magic: The Gathering, it’s clear that a series of poor decisions made by WotC may destroy interest in its revival.

The return of Brawl to Magic began with the Throne of Eldraine (ELD) release on Oct. 4, which introduced four preconstructed Brawl commander decks for multiplayer tabletop unsanctioned play. WotC underestimated the hype surrounding the decks, however, and the demand was higher than the print volume.

With a shortage of preconstructed decks, local game stores were forced to cancel and reduce pre-order sales. Upon the release of the ELD Brawl decks on Oct. 4, a majority of local game stores were already sold out, resulting in a price spike for decks and singles being sold online. WotC quickly responded to the debacle with a promise to the Magic community that a new print order was underway.

The demand for the pre-constructed decks wasn’t because of an interest in Brawl, though. Its hype was due to EDH players wanting specific cards for their commander decks.

A smaller percentage of new Magic players were also interested in trying Brawl because it’s made up of cards in Standard, unlike the dozens of sets in commander.

Similar to Brawl, EDH is a multiplayer format with a commander. But instead of focusing on just Standard, it includes all vintage format legal cards and has a minimum deck size of 100.

Whatever interest there was in Brawl as a tabletop unsanctioned format quickly dissolved, however, after the community refused to pay outrageous prices online. And the shortage of preconstructed decks left many new and veteran Magic players without cards to compete at local game store events.

WotC attempted to spark an interest in the format once again with a Brawl event last weekend in conjunction with the release of the Brawl Launch tournament in MTG Arena. But according to several local game store owners who spoke to Dot Esports on condition of anonymity, a second print of the ELD Brawl decks wasn’t received in time for the promoted event.

Without a product to sell for the weekend event and a lack of interest from the Magic community, local game store owners chose to cancel the tabletop Brawl event.

With the release of ELD, the MTGA community was told Brawl would launch sometime in October. The community was also told by WotC that Brawl would be available one day a week as an event and could be played in the Direct Challenge mode with friends.

Many Arena players and streamers were upset with this decision. They wanted full access to the format, much like Standard and Historic. The hype surrounding Brawl was still alive for Magic Arena, despite the mistakes made with the tabletop orders, and content creators wanted to take advantage of it.

But the complaints from the Magic community fell on deaf ears. The format kicked off in MTG Arena this past weekend with a weeklong Brawl Launch event. And MTGA players were informed future events would only occur on Wednesday, lasting 24-hours. WotC also included Brawl in the Arena Direct Challenge mode but has delayed a friends list to the CCG.

The decision to limit Brawl in Magic Arena was received poorly, underestimating the impact that content creators have on the game. A metagame dominated by Oko, Thief of Crowns during the first few days of the Brawl Launch event complicated matters further.

The negative attention focused on Oko due to an unbalanced meta was similar to what took place in Magic Online with Baral, Chief of Compliance. The ban on Baral came too late during Brawl’s sanctioned run. And it was in combination with several rule changes that forced WotC to remove Brawl from MTGO.

“This [one vs. one competition] required us to take a bunch of additional action,” said senior Magic designer Gavin Verhey in response to removing Brawl from Magic Online. “[Like] banning Baral, Chief of Compliance and changing some of the format rules, which caused some confusion around the format and its goals as well.”

WotC had a chance to ban Oko prior to the format’s launch in MTG Arena during the emergency Banned and Restricted announcement made on Oct. 21, when Field of the Dead was banned from Standard. Instead of banning the planeswalker from Brawl before it became a problem, the play design team decided it was best to let Magic’s Standard format follow a natural course without Field of the Dead before other bans were made.

“We’re aware of a few other community concerns regarding the Standard environment,” said play designer Ian Duke during the Oct. 21 B&R announcement. “Including that early acceleration into planeswalkers can be frustrating and that the color green is strong across a variety of Standard archetypes.”

Allowing the environment to evolve is what WotC did previously in Brawl with Baral, Chief of Compliance during its run in Magic Online. And now it seems like Wizards is making the same mistake by forcing Brawl players to deal with Oko until a solution is reached.

“We’ll continue to monitor the health of the environment, but feel it’s important to allow the metagame to adjust to the absence of Field of the Dead before further evaluation,” Duke said. “As a philosophy, we prefer that players’ deck-building and metagaming choices drive the evolution of the environment whenever possible, rather than B&R intervention.”

The initial response toward Oko in the Brawl Launch event was poor, with players conceding matches in an effort to expedite the planeswalker’s ban in the format. It’s not the official death of Brawl in Magic Arena, but the situation is far from healthy.

In combination with all the other factors that have gone wrong in Brawl, the similarities between Brawl in 2017 via Magic Online and now in Magic Arena are disconcerting. Interest is once again waning and the player base is frustrated.

Update 11/5/2019 11:45am CT: Oko, Thief of crowns has been banned in MTG Arena Brawl tournaments but is still playable in the Direct Challenge mode.

Between the tabletop mishaps and a disgruntled MTG Arena community, the Brawl format is clearly at a tipping point. And a delayed ban on Oko without making it a permanent game mode might not be enough to save Brawl.