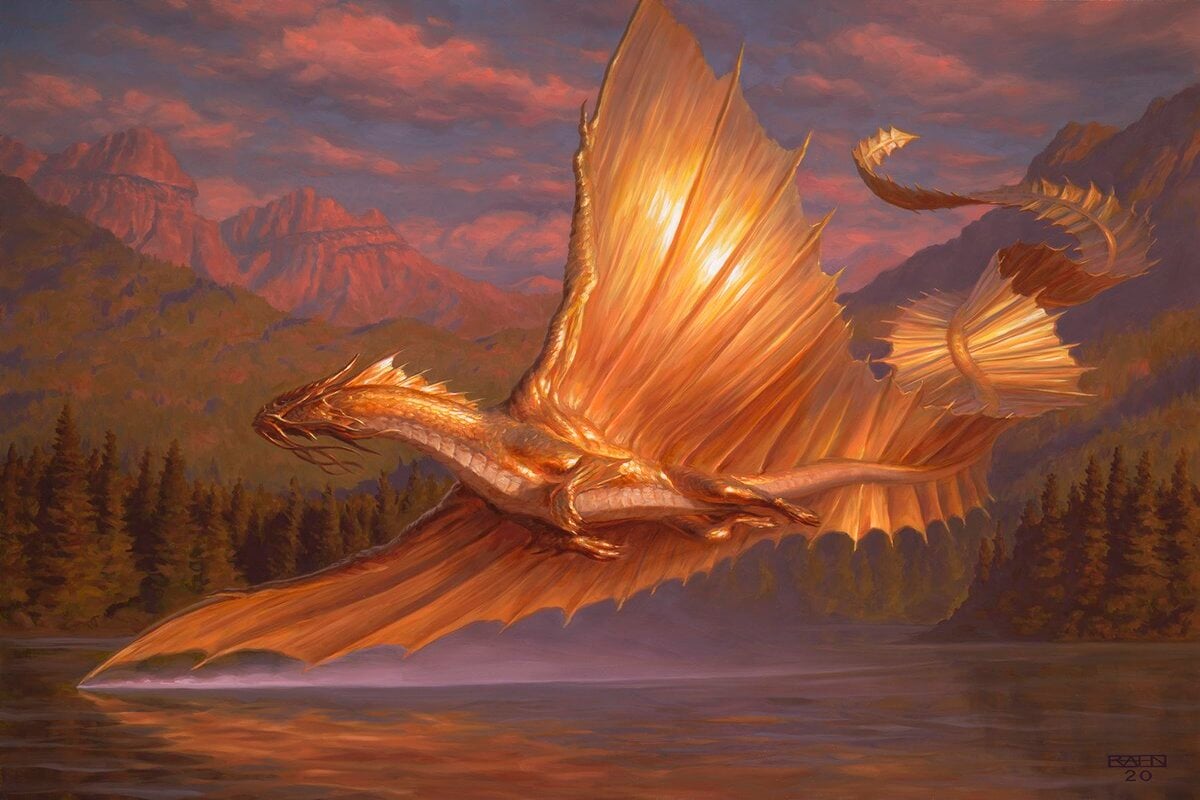 A total of four card styles and a number of Magic: The Gathering Arena pets are available for purchase at the launch of Dungeons & Dragons: Adventures in the Forgotten Realms.

The new MTG Standard-legal set Dungeons & Dragons: Adventures in the Forgotten Realms (AFR) will release digitally via Magic Online and MTG Arena on July 8. At the time of launch, players can add borderless, rulebook, module land, and extended art to certain cards they own. Five dragons and one Beholder pet are also available in the Arena store and Set Mastery.

Here are the AFR card styles on MTG Arena and how to find them:

Borderless planeswalkers and dragons will each have their own bundle. Card styles for each AFR dragon and planeswalker are included.

Rulebook card styles are divided into two groups. Around half of them are contained within one of four bundles within the MTGA store. The other half will become available after launch with an Arena event at the end of July.

The AFR set contains a total of nine Module land cards. All nine will be available in MTG Arena via a single bundle in the store.

A Beholder bundle in Arena will contain a Beholder pet and Xanathar sleeve. There are also Five dragons, one in each color of Magic. Four are available in the Set Mastery and the Black dragon can get acquired through a Dungeons & Dragons: Adventures in the Forgotten Realm preorder.

Prices for the card style and pet bundles were unavailable at the time of publication. An update will take place with the release of AFR via MTG Arena on July 3. Players seeking tabletop purchases can preorder up to the global release on July 23.