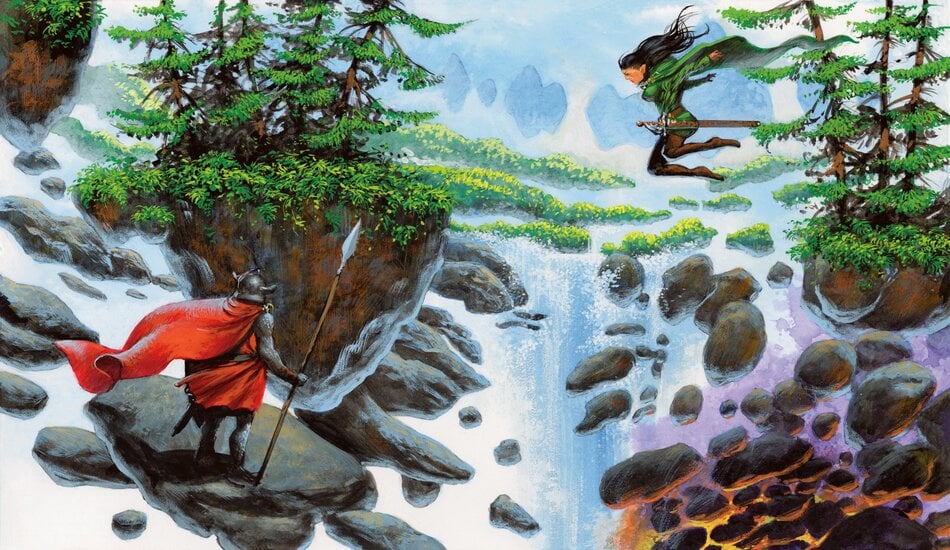 The first batch of Dungeons & Dragons: Adventures in the Forgotten Realms spoilers, revealed by Wizards of the Coast today, showcased new alternative art that’s packed with flavor and nostalgia.

A total of three new MTG alternative art forms were revealed during the Dungeons & Dragons: Adventures in the Forgotten Realms (AFR) spoiler stream today: Classic module land frame, rule book cards, and art cards with stats on the backside. Existing alternative art forms, such as borderless frames, will also be in the upcoming Standard-legal set.

There are a total of nine module land frames within AFR, eight of which are new MTG lands and one existing land (Evolving Wilds). Module alternative art lands feature throwback D&D cover artwork from adventure modules. Additional flavor was added to the names of the eight new lands, with each sounding like an adventure. 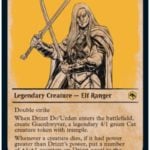 The artwork on rule book cards was inspired by early D&D monster manuals. Several of the original artists returned to illustrate the AFR alternative art cards, including Russ Nicholson, who illustrated Bruenor Battlehammer. There’s a total of 51 rule book cards that include four Legendary creatures and iconic monsters. 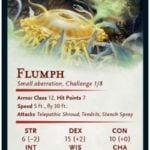 There’s a total of 81 art cards within the AFR set of which an unspecified number of creatures have D&D basic stats on the backside. All stats are legitimate and can be used to reference a creature while playing Dungeons & Dragons. 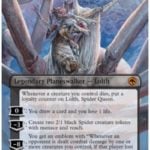