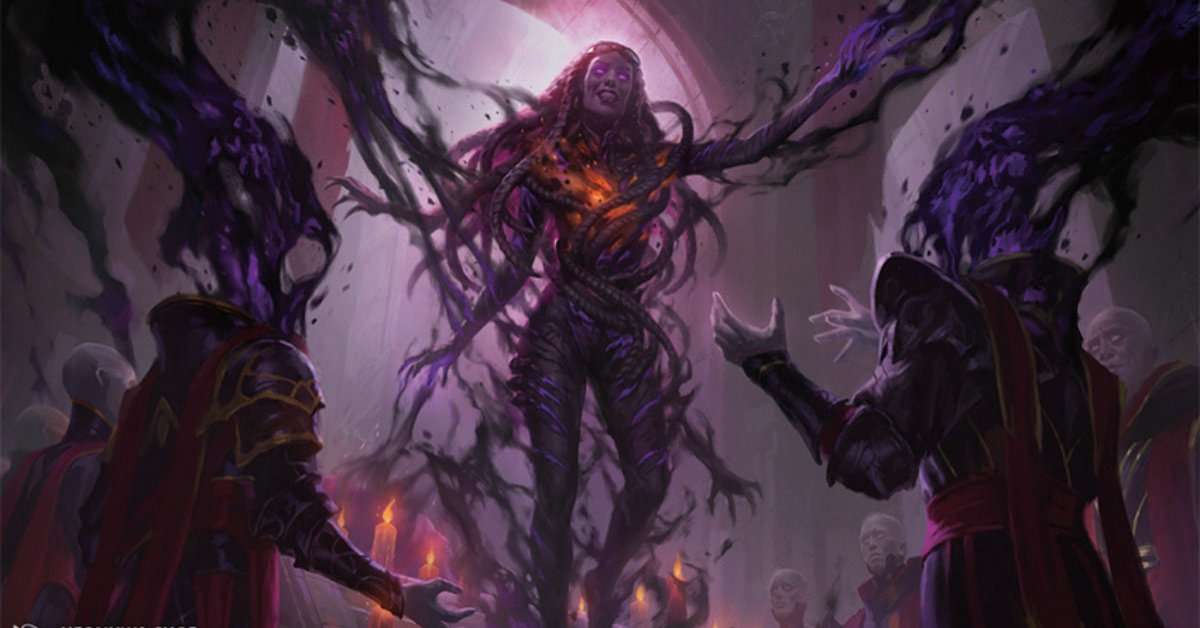 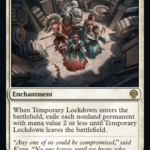 Standard will look different after Dominaria United is released on Sept. 9 with the set introducing new, powerful cards to the format and ushering in fall set rotation.

Standard is a rotating Magic: The Gathering format that gets rid of the four oldest sets each fall. This means when Dominaria United releases the following sets will rotate out of Standard: Zendikar Rising; Kaldheim; Strixhaven: School of Mages; Adventures in the Forgotten Realms.

Longtime staples like Goldspan Dragon and Deadly Dispute will be gone, forcing many top-tier lists to adjust their decklists.

Some strategies, like Naya Runes, will not exist with key cards rotating out.

Other archetypes lose very little and will likely retool quickly. Rakdos Midrange has excelled in Standard since the release of Streets of New Capenna and it retains many of its key cards. The strategy gains some incredible additions including a surprise reprint of Liliana of the Veil, an eternal format staple.

New strategies will form as the new Standard is explored, with an eye toward the upcoming Magic World Championship XXVIII at the end of October.

Here are the best Dominaria United cards for Standard.

The hype around Liliana of the Veil being reprinted into Standard is justified. This three-mana former Modern all-star is entering a format that’s dominated by Black decks. Rakdos Midrange and Grixis Midrange are powerful archetypes in Standard that don’t lose much with rotation. Liliana is a Planeswalker that easily slots in as a three or four-of inclusion.

What makes Liliana so effective is her cheap mana cost. If she comes down on turn three, chances are the opponent will have an underdeveloped board. Her minus will generally force the opponent to sacrifice their only Creature. The plus ability will strain the opponent’s resources. In a Black deck, discarding cards won’t be too much of a detriment.

Liliana must be dealt with, but that goes for most cards in Rakdos and Grixis Midrange lists. The opponent still has to contend with Sorin the Mirthless and Graveyard Trespasser,

Leyline Binding will fit in most decks running White. Standard is shaping up to be a format centered around three and four-color decks because of the multicolor support from Streets of New Capenna. The tri-color Land cards from New Capenna will easily turn on Domain for Leyline Binding.

This removal spell can hit any nonland permanent and can be played at Instant speed. Flash is crucial for Leyline Binding’s playability in Standard. It will fit into Enchantment-focused builds while also being playable in multicolored midrange and control decks. It will typically cost three mana, but if things line up right it will be a one mana Oblivion Ring. That’s pretty good.

Lurrus-at-home provides White decks staying power. This four-mana 3/4 flying Angel is a hefty body that will benefit from any relevant tribal buffs or +1/+1 counters synergies. Once per turn, you may play a Land or cast a permanent spell with mana value three or less from your graveyard. If you do, that permanent will exile when it’s removed from the battlefield, but the downside is mitigated because you’ll also gain two life.

Serra Paragon is great. Being able to consistently bring back your permanent works in almost every White list. In Enchantment decks, Serra Paragon can recur your Spirited Companion or Leyline Binding. Angels decks become more resilient by bringing back a Giada, Font of Hope that’s a lightning rod for removal.

Temporary Lockdown is a silver bullet against low mana value strategies. This will be a key card to help deal with Rakdos Midrange and Mono-White Aggro decks in the format. When this card enters the battlefield, it hits each nonland permanent with a mana value of two or less.

It being another Enchantment is relevant. There is a burgeoning Enchantment deck that will replace Naya Runes which skews more into control. Outside of some obvious good matchups, Temporary Lockdown can effectively deal with Mono-Blue Delver and Mono-Black Zombies, if those strategies start to see more play.

The Goblins are coming. It’s been several years since Mono-Red Goblins was a deck in Standard. With a return to Dominaria, a theme for the coming Standard format will be the revival of some classic tribal archetypes like Goblins and Merfolk.

While the new Goblin lord has the most potential in eternal formats, the best Dominaria United Goblin spell for Standard is Squee, Dubious Monarch. This card is a midrange powerhouse similar to Legion Warboss from Guilds of Ravnica. This three-mana 2/2 enters the battlefield and can immediately attack, when it does it creates a 1/1 Goblin token that’s also attacking. Chances are, Squee will trade in combat. This is where the second ability comes in.

Squee effectively has Escape, allowing him to be cast from the graveyard for four mana and exiling four other cards from the graveyard. This makes Squee a consistent threat, able to continuously attack and apply pressure.

The defiler cycle is hard to evaluate. The cards are clearly powerful, being able to cheat mana costs and offer benefits when you cast a permanent spell that shares a color with it. However, they are expensive Creatures that don’t provide immediate value, something that Magic cards need to do in 2022.

Defiler of Vigor is a large 6/6 trample Creature for only five mana. In a Green deck, hitting five mana on turn three or four is possible. This mitigates the downside of playing Defiler of Vigor later into the game, when the opponent will have their big spells online too. Whenever a Green permanent spell is cast, each Creature you control gets a +1/+1 counter. If you’re allowed to untap with Defiler of Vigor that ability will snowball the game in your favor.

Sacrifice decks are all over Standard and Weatherlight Compleated is a perfect value engine for a strategy that is filled with great engines. The two-mana cost means it doesn’t require you taking the turn off the play a card that doesn’t immediately affect the battlefield.

This card just rewards you for doing what a sacrifice deck wants to do. Each Creature that dies will put a Phyrexian counter on Weatherlight Compleated. At four counters, it becomes a Creature. That is nice and does present a strong evasive threat. The real value comes from the card draw and selection the card provides.

It’s a cheap Creature that scales with the game. The XR mana cost means it can enter the battlefield early as a 2/2 or 3/3 and benefit from Dragon-tribal synergies. If drawn in the late-game, Shivan Devastator can enter as a lethal haste attacker that forces the opponent to have Instant speed interaction or die.

This is similar to Banefire in the sense that it can close out the game as a mana sink. While Shivan Devastator can die from removal, it’s also a Creature that further empowers the supported Dragon archetype in Standard.

Sharing the three-drop slot with Liliana; Braids, Arisen Nightmare is a solid 3/3 Creature that’s both a sacrifice enabler and payoff. Each turn, you may Sacrifice an Artifact, Creature, Enchantment, Land, or Planeswalker. If you do, the opponent may sacrifice a permanent that shares a type with it. If they don’t, or can’t, they will lose two life and you draw a card.

This is an effective way to enable your strategies while also pressuring the opponent. The opponent is faced with the decision of whether to sacrifice their permanent or let you draw a card. Braids being a 3/3 also lets her mix it up a little in combat.

It’s still to be determined where exactly Braids fits. Rakdos Midrange will likely add Liliana, but that will leave the deck with multiple three-mana Planeswalkers they want to play on curve. That leaves little room for Braids. A likely landing spot will be a Mono-Black list built around sacrifice loops with Jadar, Ghoulcaller of Nephalia.

Fading Hope will still be the ideal one-mana bounce spell because of its ability to target your own Creatures. If that upside isn’t relevant to your deck, Rona’s Vortex looks like it’ll end up being better. For one mana you can bounce a Creature or Planeswalker an opponent controls.

The card also scales with the Kicker ability. For Kicker 2B, instead, the target Creature or Planeswalker is put at the bottom of its owner’s library.

The Kicker is a great source of removal that doesn’t allow the opponent to take advantage of death triggers or graveyard abilities.