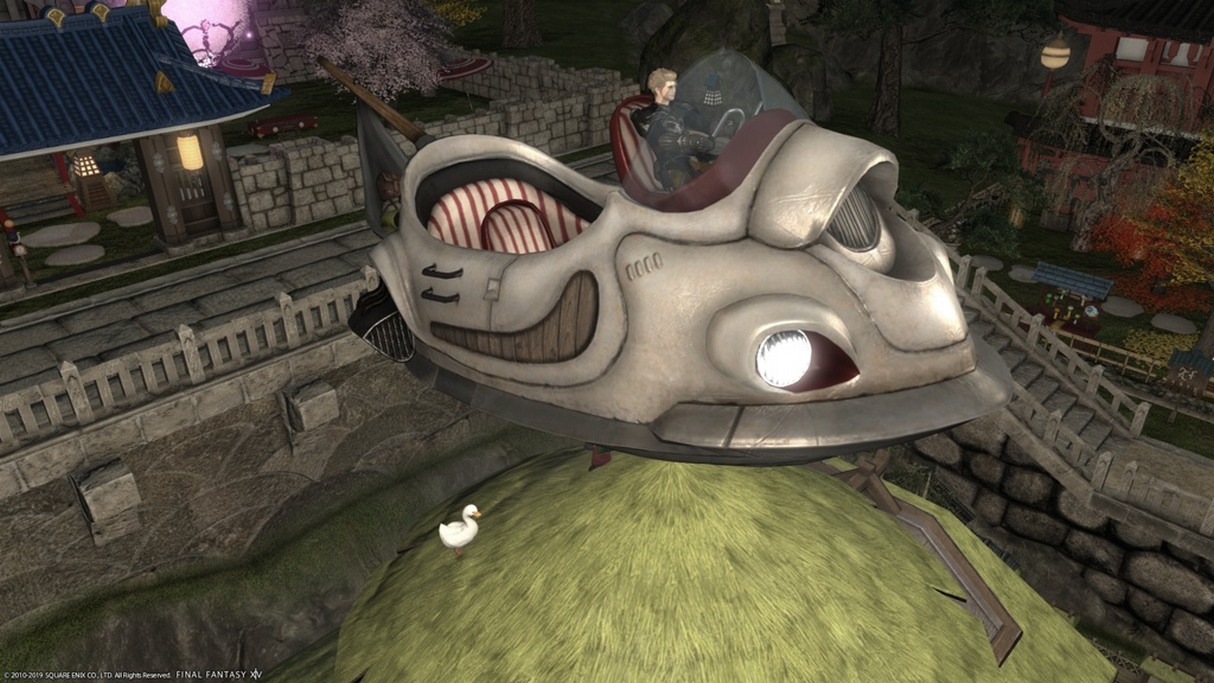 It can be fun to complete the main scenario quest with your friends in Final Fantasy XIV, but it’s unfortunate that your chocobo can’t carry your friends to travel all of those long distances while entering a new area.

Luckily, there are some mounts that are free and can carry several players. The Skyslipper is one of them, and it’s always available in the game, contrary to others such as the Regalia Type-G, which is only available once per year on average.

The Skyslipper is a mount that can carry up to four players, which is rare for free mounts. It’s not easy to earn, but it’s worth the effort. Players who complete Shadowbringers will recognize it from a specific questline where this vehicle is used.

This mount will typically be unlocked by raiding enthusiasts, since it’s a drop from the Savage raid of Eden’s Gate: Sepulture. Fortunately, contrary to many other mounts, the Skyslipper has a 100-percent drop rate in this raid. You’ll have to roll for it though, since only one is earned per completion.

It’ll be easier to unlock this mount if you’re familiar with Savage and Extreme raiding. It’s not an easy raid to complete, but if you already know most of the high-level mechanics of FFXIV, it’ll be doable, provided you choose a job you know very well and check a thorough guide on the boss’ mechanics.

You can either join or create a group using the Party Finder, or host a community event with your free company to farm the mount. It’ll likely take a few hours to complete it, but if you have teammates who already completed it, it can be done in less than two hours.

You’ll have to complete it several times so everyone gets one copy of the mount, and you’ll be able to give a ride to your teammates using the Skyslipper.