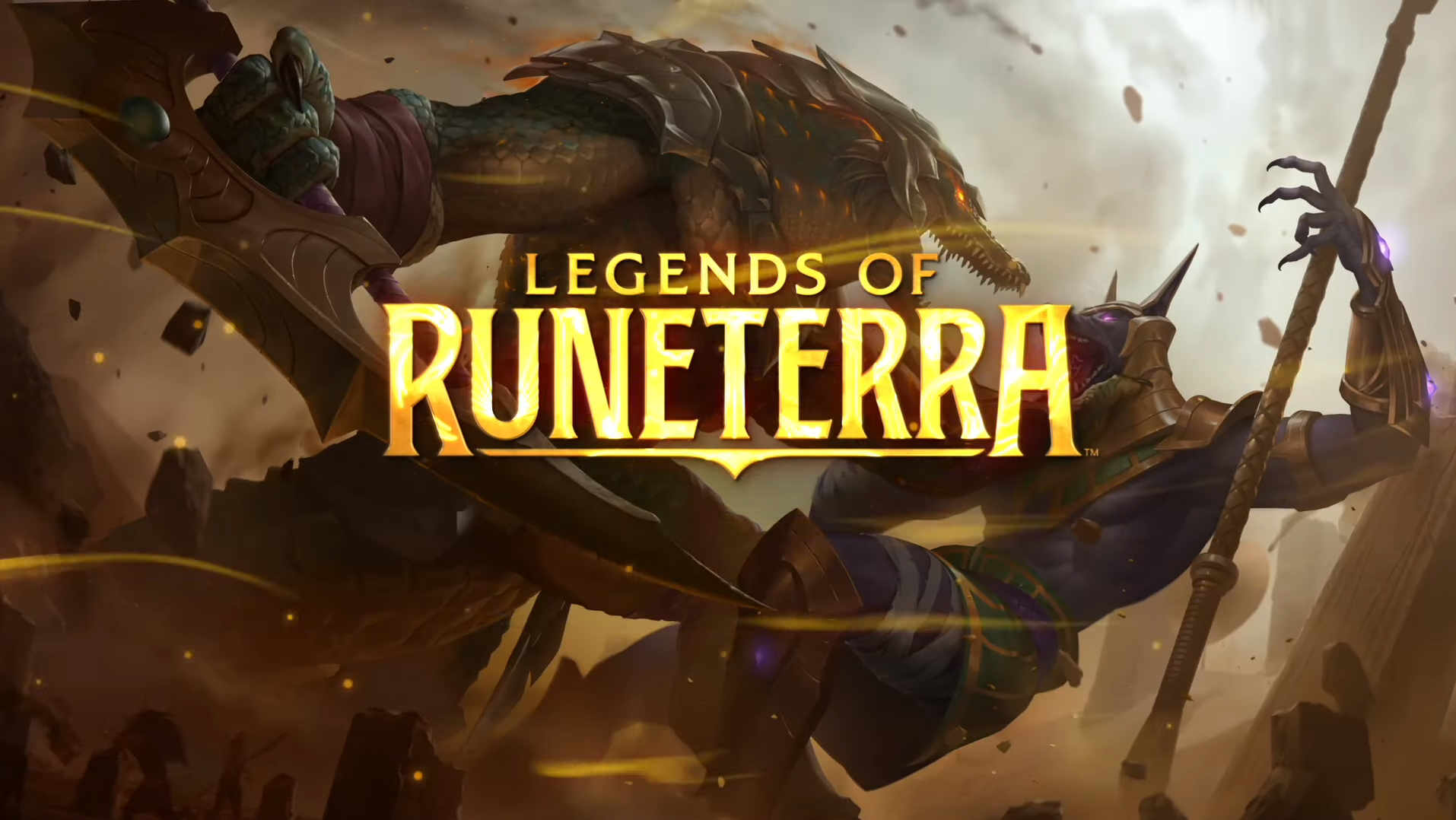 Card reveal season for Legends of Runeterra’s Empires of the Ascended expansion is now in full swing. And today, Riot Games introduced Renekton, giving fans a glimpse of what to expect from the Ascended champions and their level three forms.

Renekton is a four-mana Ascended champion unit with 4/4 combat stats and the Overwhelm keyword. He also has an ability that gives him a temporary +2/+1 buff for the round if he challenges an enemy. Renekton reaches level two after he’s dealt 12 damage. 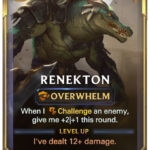 When Renekton levels up, he gains +1/+1 in combat stats and improves his ability to give him +3/+3 for the round whenever he declares any form of attack, regardless of whether he challenges enemies. Unique to Shurima’s Ascended, Renekton has the chance to level up one more time if you restore the Sun Disc that was revealed yesterday.

Related: 7 new cards from Shurima introduced for Legends of Runeterra’s Empires of the Ascended expansion

Renekton’s third level gives him a monstrous 10/10 worth of stats and an ability that will control the board and burn the opponent down. Whenever Renekton blocks or declares an attack, two damage is dealt to every enemy unit and their Nexus.

Due to the fact that the Buried Sun Disc needs your deck to be mono-Shuriman to consistently draw it by turn one, you can’t dip into other regions to harness his ultimate potential. Renekton is similar to Shyvana in how he needs to level up, but he doesn’t have the chance for allies to help him deal damage to make evolving him much easier.

Once Renekton manages to reach level two, he’ll be a difficult offensive force to deal with due to his constant +3/+3 buffs whenever he has the attack token. Thanks to how temporary health works, if Renekton isn’t slain after receiving the +3 health buff, he’ll retain any bonuses gained (up to his natural five base health).

If Renekton does reach level three, the only hope any opponent will have to destroy him is through hard removal like Vengeance, Concerted Strike, or Ruination. Level three Renekton is a ridiculous force offensively and his AoE ability also works when blocking, meaning any opponent trying to swing for lethal will need units less frail than two health to survive the Dominus Destruction skill.

If you forego going mono-Shurima to not deal with activating the Sun Disc and keeping your Ascended champions at level two, Renekton has good region pairing potential with Demacia. The Grand Plaza can give Renekton easy and consistent access to the Challenger keyword. In addition, thanks to spells like Relentless Pursuit, Single Combat, and Concerted Strike, you can surprise your opponent with Renekton to deal extra damage at a moment’s notice.

Renekton will join the champion roster when LoR: Empires of the Ascended is released on March 3.