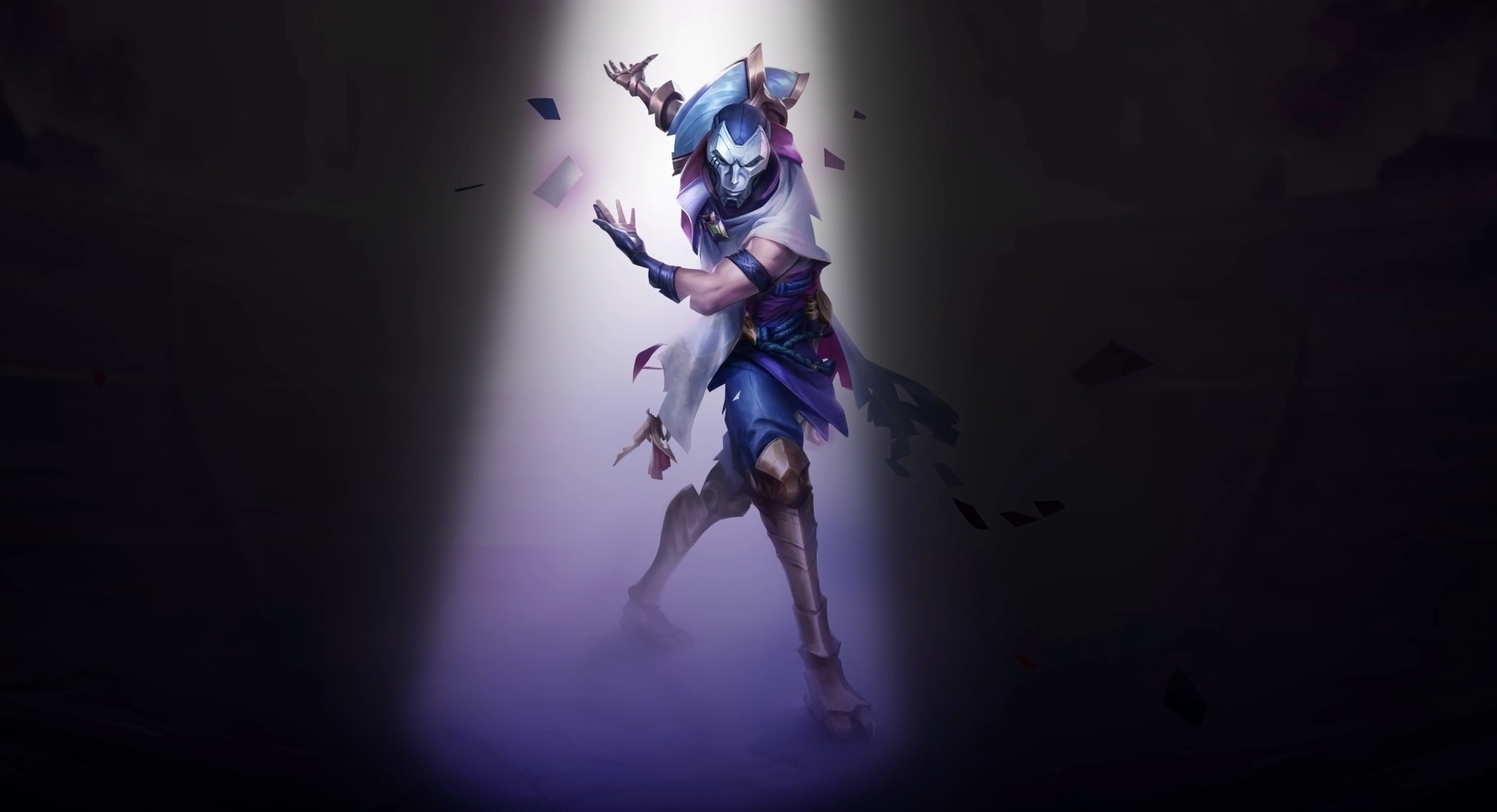 Riot Games dropped the first Legends of Runeterra Worldwalker spoilers today, showcasing Jhin and The Maker as the conductor and maestro of the new expansion.

Jhin orchestrated a grand livestream today in conjunction with Riot, showcasing new LoR cards across multiple regions for the upcoming Worldwalker expansion release. Slated to release on May 25 via Patch 3.8, the LoR Worldwalker expansion will contain four new champions and a total of 65 new cards. Each of the champions has rule-breaking region rules in which players can put cards with skills from any region into their deck.

Jhin was the first Worldwalker champion revealed today, along with his partner in crime who’s new to the League of Legends universe, The Maker. And it is Jhin who refers to The Maker as a “true visionary” in the new Worldwalker expansion cinematic trailer. He also bows before The Maker as if she has been orchestrating the strings of Jhin all along.

The Maker can return any unit, this includes LoR champions, to hand upon getting played onto the battlefield. Her base power is only three, but there are plenty of spells and skills within LoR that can increase The Maker’s power level prior to getting played.

Lore wise there is very little known about The Maker, other than she may have been the creator of Jhin’s mask and weapon.

Jhin level one and The Virtuoso

The Virtuoso states that if a Jhin started in your deck, for every three Fast spells, Slow spells, or Skills you play while you behold Jhin, play Lotus Trap.

In addition to playing a Lotus Trap, you may put any follower that has a Skill into your deck during deckbuilding.

Lotus Trap is an LoR Skill that deals one damage to the enemy Nexus. And if Jhin is in play, it also stuns the weakest enemy.

Upon leveling up, Jhin is granted Quick Attack as a keyword. And upon attacking, Jhin now deals four damage to all studded enemies and the enemy Nexus, while still having a casting cost of four with 4/4 stats.

All LoR cards from the Worldwalker expansion will release on May 25 via Patch 3.8.