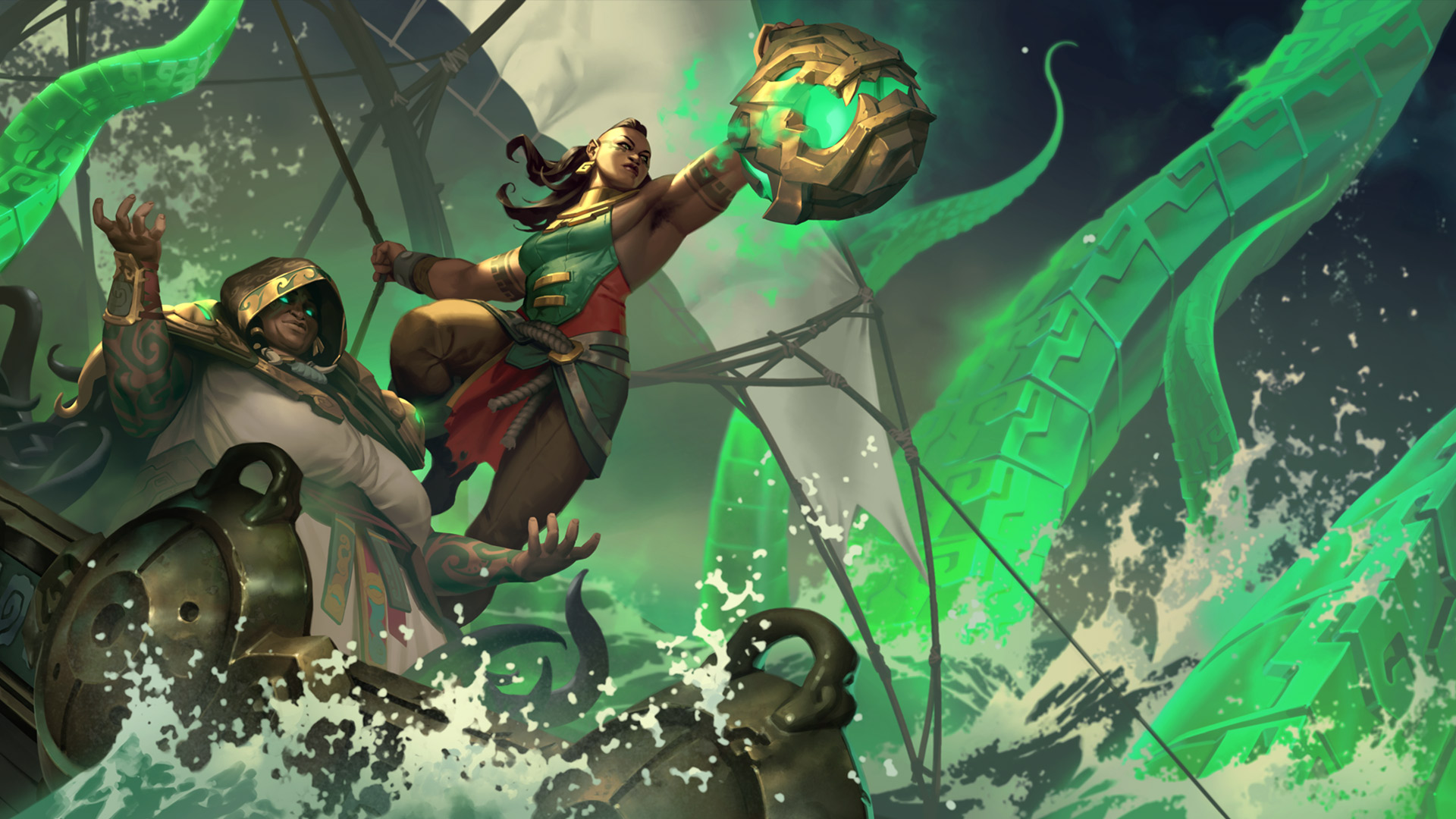 Illaoi and Lux, a Midrange deck pairing the regions Bilgewater and Demacia together once again, are running over Legends of Runeterra Aggro decks during the first day of the Worldwalker expansion on the ranked ladder.

A majority of the day one LoR Worldwalker expansion ranked ladder showcased Jhin and Annie Aggro decks in conjunction with Bard/random champion builds. But the star of the day one Legends of Runeterra meta was Illaoi, paired with Lux. Both Kuvira and Saltysimon ran the Bilgewater/Demacia deck to Diamond yesterday, with Kuvira playing Lux at an 86 percent win rate and Saltysimon experimenting with Jarvan IV.

Illaoi is one of the new Worldwalker champions in LoR, and potentially one of the best Midrange champs overall. Her Tentacle package and synergy can deal direct damage outside of combat to enemy units, hit an enemy Nexus with Overwhelm damage, and pump the power of Illaoi with every attack.

Pairing Illaoi with Demacia provides protection for the buffed Tentacle and Illaoi while taking advantage of Demacian region spells. The synergy between Illaoi’s spell package and Lux is strong as well, making it easy to level up Lux as a secondary win condition.

Players will want to mulligan for Watchful Idol since having it on turn one is a huge advantage. Brighttseel Protector lets you swing without worrying about combat damage and Hired Gun is great at pulling the strongest unit out of the way so that a unit with less toughness ends up blocking Illaoi, allowing that Overwhelm damage to hit the enemy’s Nexus.